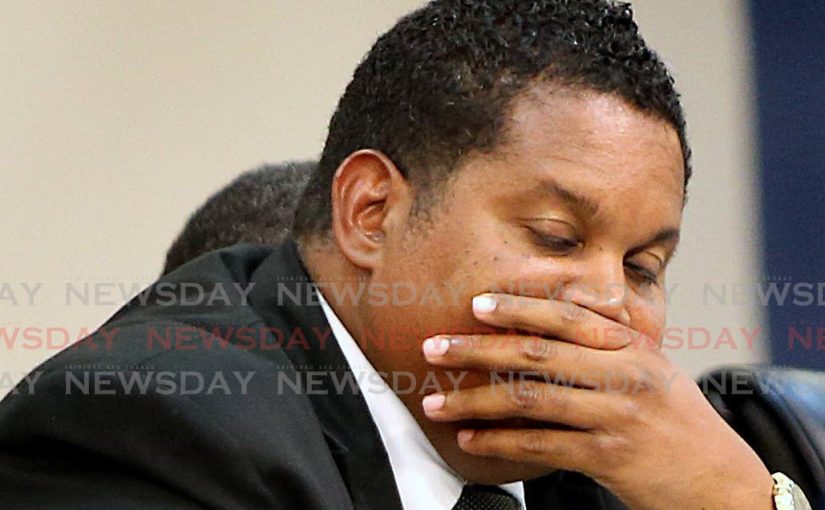 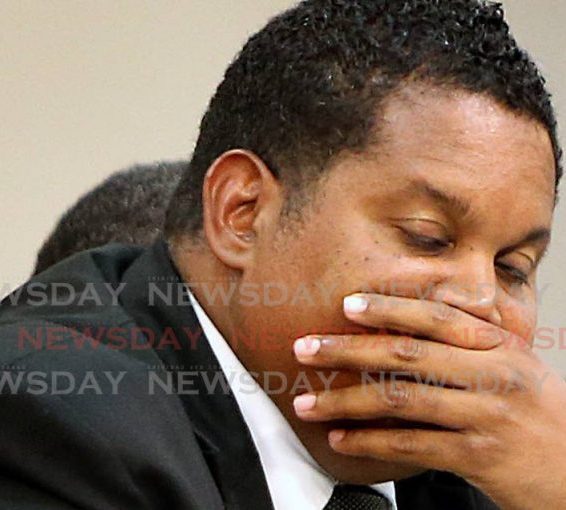 A LEGAL officer with the Ministry of Sport and Youth Affairs will not be allowed to join the judicial review court proceedings filed by former UNC minister and political activist Devant Maharaj against the Office of the Prime Minister (OPM).

She was involved in the negotiations and Industrial Court action brought by the personal assistant (PA) to former Sports Minister Darryl Smith.

Maharaj is seeking information on the $150,000 settlement payout to the PA, Carrie-Ann Moreau, after her dismissal and the report of a committee set up by the OPM to investigate allegations of sexual misconduct she made against the former minister.

Maharaj sought the information in a freedom-of-information application in November and was denied in March 2019 Justice Nadia Kangaloo gave him permission to apply for judicial review of the decision by the OPM to refuse or deny him access to the information.

The ministry’s legal officer said she had first-hand knowledge of the facts and matters concerning the negotiations and the Industrial Court complaint and had also appeared before the committee during its investigations.

She also alleged that the contents of the report as it related to her were wholly false and contrary to the documented evidence she provided to the committee, and several false and serious allegations about her published in the newspapers caused her grave and irreparable reputational damage.

The judge allowed her to file submissions to support her application to be heard and participate in Maharaj’s judicial-review claim as an interested party.

In a written ruling, Kangaloo dismissed her application, saying what she was trying to do was to seek protection and preserve the access decision ofthe OPM.

She added it was not for her to protect the access decision and there was nothing in the facts of the case to justify her intervention at this stage.

“…And same is in fact unwarranted.”

She said the legal officer had to demonstrate that she had been adversely affected by the access decision of the OPM.

“The court finds that it can make no such finding,” she said, adding that the decision to refuse Maharaj access to the documents did, in fact, benefit her.

The legal officer was represented by attorney Justin Phelps.

In opposition to her being allowed to join the claim, Maharaj’s attorney, Anand Ramlogan, SC, said the substantive claim concerned the validity of the OPM’s decision and was an issue of pure law.

He pointed out that Maharaj, as an alternative remedy to the court ordering him access to the information, had asked for it be sent back to the OPM for its reconsideration, and it would be inappropriate for the court to usurp the prime minister’s role and function under the Freedom of Information Act on a highly politically sensitive matter.

Ramlogan also argued that the ministry’s legal officer could provide no assistance to the court, since her arguments were the same as the OPM’s.

In justifying the refusal to provide Maharaj with the information, permanent secretary in the OPM Maurice Suite, on affidavit, said that from the findings of the report, it was likely some of the people the committee interviewed during its investigations were likely to be subject to adverse criticism.

Suite said it was felt these people should have been given an opportunity to make representation in respect of that criticism, which they were not.

He also said as a result of the legal advice received after the Prime Minister got the committee’s report, it was discovered that the procedure employed was unfair and in breach of natural justice.

The Prime Minister therefore deemed the report unusable and unreasonable to disclose.

Suite said the public interest did not require disclosure, as the report had the “potential to engender reputational damage if published, and is an unreliable record of truth as the persons named therein were unable give their side of the story.”

The legal officer had received a Salmon letter – an official letter sent by a public inquiry to people who will be subject to criticism when that inquiry’s report is released – and was invited to comment.

However, she said when she appeared before the committee, the questions put to her were open-ended and no allegations or conclusions were put to her for a response.

In seeking to enter Maharaj’s claim, she said she would have compelling and direct evidence on the committee’s procedure and the material before it.

Kangaloo said she did not favour the submission that the legal officer should be given an opportunity to be heard in the proceedings before her to afford her the procedural fairness and due process of which the committee had deprived her.

She held she was not convinced the ministry’s legal counsel would be able to provide “a useful contribution, more so one that is over and above that which could be made by the OPM.”

Kangaloo said while certainly the officer could provide direct evidence on the procedures the committee adopted, she added, “However, it is this court’s opinion that this evidence can equally be provided by the OPM if called upon, upon whose instruction the committee was empanelled.”

In dismissing her application to join, Kangaloo invited submissions on costs and adjourned Maharaj’s substantive claim to January 18 for a status hearing.

The OPM was represented by a team of attorneys led by Senior Counsel Fyard Hosein.