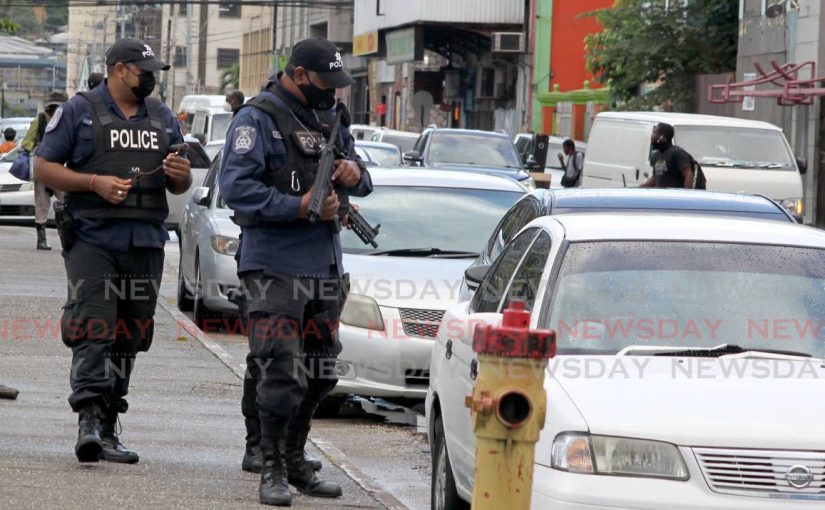 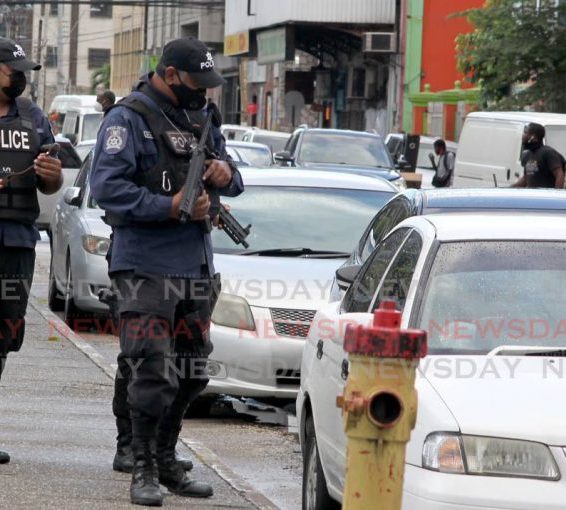 Soldier held after dragging policeman with car in Port of Spain

Police on patrol question a driver on Independence Square, Port of Spain. A soldier has been detained after dragging a policeman with his car during a police stop on Friday night. File photo/Roger Jacob –

A soldier is in police custody after he cursed and dragged a policeman with his car during a road block in Port of Spain on Friday night.

Central Police Station officers were doing road checks in downtown Port of Spain at around 9.10 pm when they stopped a black Mazda car after an officer noticed a small child in the car not wearing a seatbelt or booster seat.

The policeman issued the driver – a soldier – an electronic ticket for the offence and was cursed by the driver when the officer returned his documents to him.

The policeman warned the driver who sped off while the officer’s hand was stuck in the door frame of the car. The driver stopped 80 metres away, near George Street.

Other police saw what happened and followed the car.

The soldier was arrested and his licensed Sig Sauer pistol with 45 rounds of ammunition, found in the car, his firearm user’s licence and his Defence Force identification card were seized.

A relative in the car took custody of the child.

The soldier, a lance corporal, is expected to be questioned and charged for the offences.