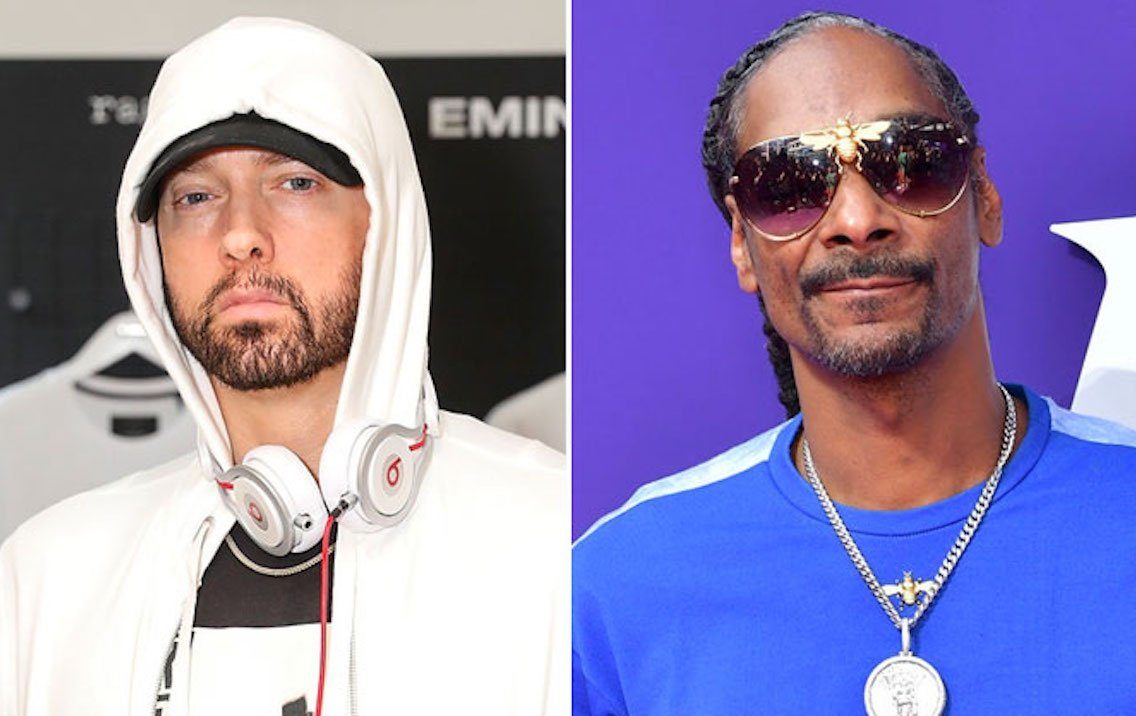 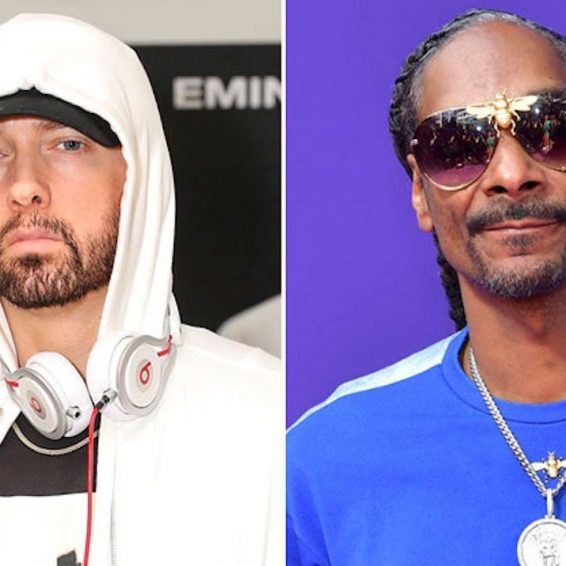 Hip-hop fans were bracing for an all-out war last year when news surfaced that two veterans in the game, Snoop Dogg and Eminem, were getting ready to go at it. It also came as quite a surprise to many since the pair had been good friends for decades. The tiff between the two started when Snoop Dogg left Slim Shady out of his top 10 rappers of all-time list.

Snoop made the comments while he was being interviewed on The Breakfast Club. In fact, Snoop argued that Eminem had only achieved his rap-god status because of his association with Dr. Dre.

“Eminem! The Great White Hope. White rappers had zero respect in rap. Let’s keep that one thou-wow,” he said at that time.

He added: “[Dre] has probably put Eminem in the position where he would be considered one of the top 10 rappers ever. I don’t think so, but the game feels like that he’s top 10 lyricists and all that comes with it. That’s just because he’s with Dr. Dre, and Dr. Dre helped him find the best Eminem that he could find.”

Eminem responded in classic rap fashion and fired off some lyrics aimed at the “Gin and Juice” rapper on his 2020 album Music To Be Murdered By: Side B.

“Last thing I need is Snoop doggin’ me/Man, Dogg, you was like a damn god to me/Nah, not really/I had ‘dog’ backwards,” he rapped on “Zeus.”

Eminem and Snoop Dogg in the studio

That further escalated things as Snoop described the bars as “soft-as sht.” As hip-hop fans braced for more diss tracks from both sides, the feud seemed to suddenly end when Snoop used Instagram at the beginning of the year to say there was no feud and that he and Eminem were “good.”

Of course, that didn’t just happen, and according to Snoop, who returned to The Breakfast Club earlier today, Wednesday, October 27, it took some serious communication efforts between them to put things to rest. The “Sweat” rapper also revealed that he eventually apologized to Eminem after they had a “long conversation.”

Snoop Dogg admitted that he made the comments in an effort to rile up Eminem. He explained that hip-hop is a competitive space and spats like that usually bring out the best in rappers.

“Man, I love Eminem! The thing is that we love Hip Hop so much, we competitive, we battle rappers, so that was supposed to trigger that in him,” he added.

The West Coast rap legend also said that he and the “Rap God” artist were brothers and so there could be no bad blood between them for too long.

“We family so we learned to appreciate each other for what we do and how we get down, and we had a long conversation about the respect that we have for each other and the way we need to talk in public about each other,” he added.

Snoop also admitted that his comments were out of turn, and that’s why he chose to apologize to him, adding that he is also working on “bettering myself. I make mistakes, I ain’t perfect, I’m Snoop Dogg.”

Fans who responded to a post made by The Breakfast Club on Instagram seemed to be appreciative of his mature stance on the matter.

The two iconic rappers are expected to come together at the Super Bowl LVI next February. Both artists will be performing during the Pepsi halftime show alongside other renowned artists like Dr. Dre, Kendrick Lamar, and Mary J. Blige.

The pair may also have a new release in the works. It’s been rumored that they will appear on “Bitch Please II,” a sequel to “Bitch Please.”

They both also recently appeared in 50 Cent’s BMF series where Snoop Dogg plays a pastor and Eminem as an FBI informant named Richard “White Boy Rick” Wershe Jr. It’s great to know that there was no love lost between the two legendary rappers and that they are still working together.

Check out the full interview with Snoop Dogg below: