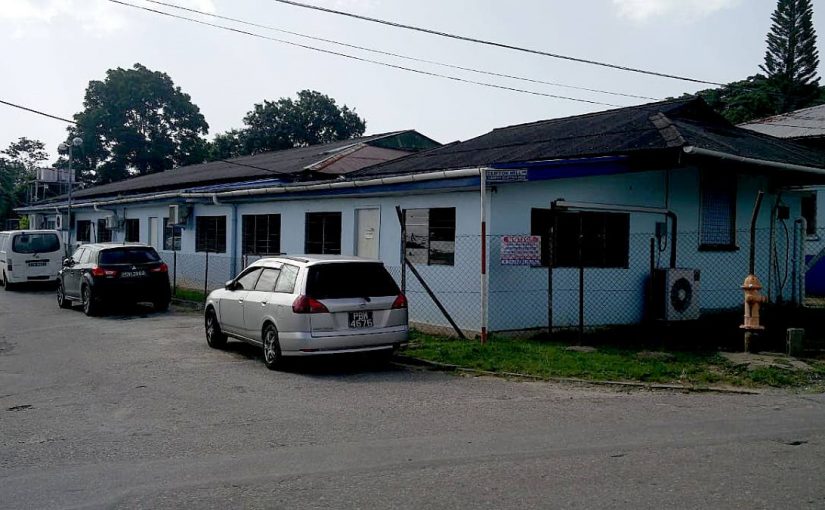 FOR the past six weeks, staff at the Point Fortin Area Hospital have been running scared from an apparent snake invasion.

To date seven snakes have been discovered in different areas of the hospital, including one found by a patient wrapped around an intravenous therapy (IV) drip pole.

Speaking with Newsday yesterday on condition of anonymity, a nurse said security officers have been helping to kill the snakes when they are found.

“A few weeks ago, a patient in the maternity ward told the nurses that she had gotten up around midnight to use the toilet and when she came off the bed, she saw the snake wrapped around her IV stand,” the nurse said. “People are very scared to come to work here. Every time you walk into a different room you have to check for snakes because you never know where they could be hiding.”

She said a nurse who had recently been assigned to the hospital was scared away from her lunch several weeks ago when she turned around to see a snake “set and waiting” for her.

“Imagine coming to a new place to work, you eating lunch in the human resource room and turn to see a snake set and waiting like it’s going to attack you…the poor girl was traumatised.”

She said reports have been made to the nurse manager, the facilities manager and the supervisor in charge, but nothing has been done yet.

“We were told that Ministry of Agriculture would have to be informed, but this is the third time they telling us this. We are fed up now.” General secretary of the Unified Health Sector Workers’ Union Rhea St John-Acosta said she had received several reports about the snake infestation and the union will be meeting with workers tomorrow at the hospital.

“Obviously the South West Regional Health Authority (SWRHA) is playing the fool,” St John-Acosta said. “They were aware of this infestation since it began and nothing has been done.

“We understand the authority’s industrial relations officer has now decided to go down tomorrow to talk about what has been happening and we will also be going.

“If nothing is done and the staff feel unsafe, they very well might decide to walk off the job.”

Newsday contacted Health Minister Terrence Deyalsingh, who said acting CEO at the SWRHA Dr Albert Persaud would be able to make a statement on the issue.

Persaud said he was aware of reports of two snakes found at the hospital. He said he would have to look into the other reports. Persaud said there are a lot of overgrown bushes behind the hospital and the SWRHA has asked the Ministry of Agriculture for their assistance in dealing with the problem.

The post Snakes in the hospital appeared first on Trinidad and Tobago Newsday.

Thu Jul 26 , 2018
By David Jessop News Americas, LONDON, England, Fri. July 27, 2018: A few weeks ago, this column made the point that the time has come for tourism in the Caribbean to be managed in such a way that it is less about numbers and more about delivering lasting nation-wide social […]