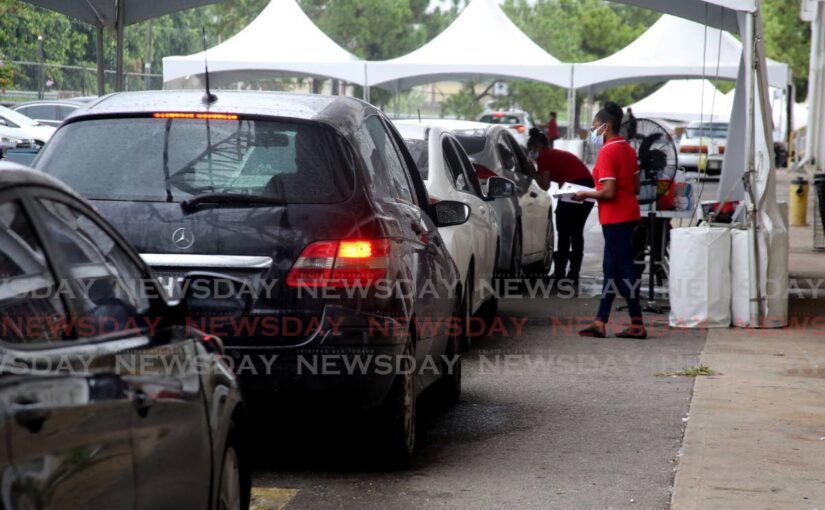 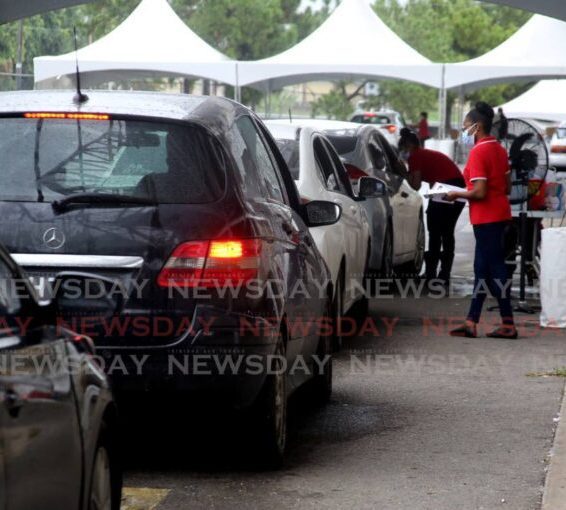 There was a constant flow for booster shots and vaccinations at vaccine sites in Port of Spain on Tuesday.

Newsday visited the drive-through vaccine site at the Hasely Crawford Stadium and the Paddock at the Queen’s Park Savannah.

North West regional health officials said there has been a constant flow for the Pfizer booster shot, mainly among the elderly population.

Among those coming for booster shots, members of the protective service are also frequenting the drive-through site.

At the Hasely Crawford Stadium, Leslie Hayes, 38, waited patiently in his car to get his first dose of the Pfizer vaccine. Hayes, a state agency employee decided to get vaccinated after the Prime Minister’s announcement on Saturday that by mid-January, all public-sector workers are required to be vaccinated or stay home without pay.

Kadell Holder, 19, also received his first shot on Tuesday. Holder got vaccinated because he hopes to travel soon. He felt the most comfortable with the Sinopharm vaccine, as it is popular among his family members. He urged the rest of the population to get vaccinated, saying they would be required to eventually.

“I was a bit hesitant but I got vaccinated and I feel fine,” he said.

Another youngster, Trivarez Phillip, 21, received his first Pfizer shot at the Paddock around midday. Phillip tested positive for covid19 earlier this year, so was unable to be vaccinated when he wanted to.

“I can understand the vaccine-hesitant population, but we should focus on navigating through these difficult times,” said Phillip.

Raul Vieira, 60, and his mother, Gloria Pampellone, 82, braved the Tuesday morning rain to get their Pfizer booster shot after being vaccinated with Astra Zeneca earlier this year. Vieira, who recently retired from a state enterprise, supports the PM’s decision to furlough all unvaccinated staff by mid-January. Vieira hopes that his booster shot will provide further protection from covid19.

Dr Ariel Mendez, who works at the Port of Spain General Hospital, received her Pfizer booster shot at the Paddock.

“We know that the efficacy wanes over time, and I work with covid19 patients, so I wanted to feel safe,” said Mendez after getting her booster. As a public service worker, Mendez supports the decision of the PM.

“Although you may still get covid19, it helps with the severity of symptoms, and I don’t think people understand that.”