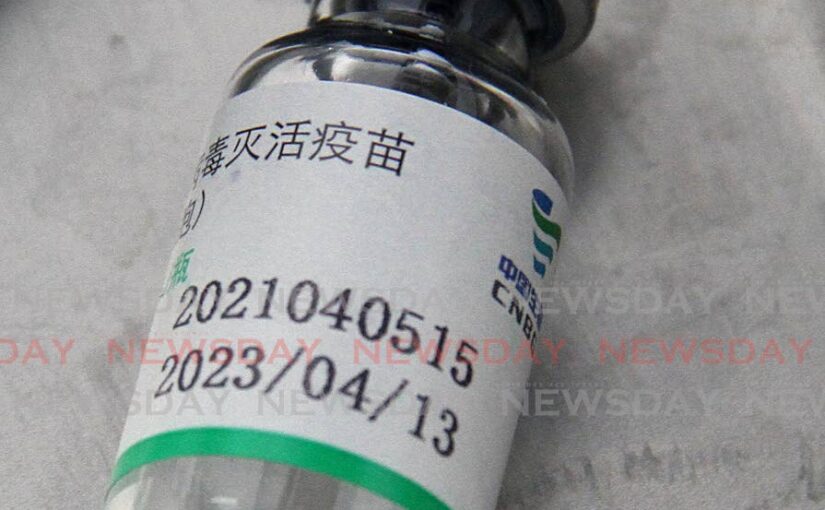 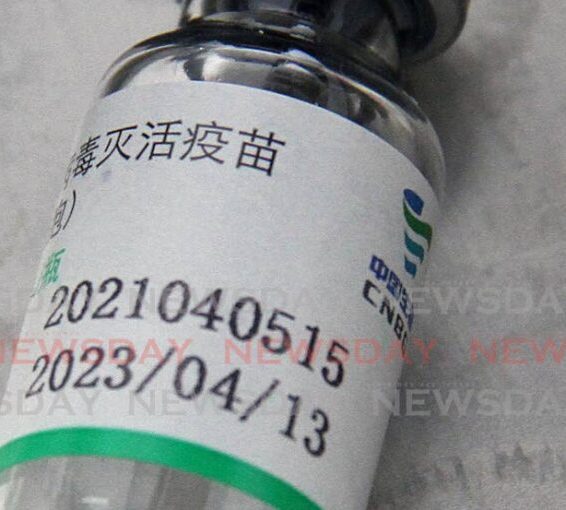 News
FILE PHOTO: A vial of the Sinopharm vaccine. –

BOOSTER shots can increase by ten-fold the number of antibodies in someone’s body to fight covid19 infection, the China Sinopharm International Corporation said in a statement on Monday, following a local media story on Sunday questioning the vaccine’s general efficacy.

Sinopharm said, “Based on the current research progress, many countries have started inoculating booster shots to maintain and improve the protective efficacy of covid19 vaccines.

Immunogencity means a vaccine’s ability to provoke an immune response in the body.

A booster given at six, eight or 12 months after the second dose had significantly enhanced people’s antibody levels, the statement said.

“The strongest growth appeared at the interval of six months,” said Sinopharm, “the neutralising antibody increasing ten times comparing with that after the second dose.”

The statement said a study, Robust induction of B cell and T cell responses by a third dose of inactivated SARS-CoV-2 vaccine, said the Sinopharm vaccine generated long-term immunological memory. (B cells and T cells are types of white blood cell of the lymphocyte subtype in the body’s immune system.)

“The immune memory of healthcare workers with low serological response to two doses was also quickly recalled by a third dose of Sinopharm covid19 vaccine.”

Another study, Potent antibody immunity to SARS-CoV-2 variants elicited by a third dose of inactivated vaccine, found that a third dose of Sinopharm worked well against the beta, delta, and lambda variants. The statement also suggested a third dose gave “a more potent and longer protection.”

Sinopharm said its vaccine has been approved as a booster in China, UAE, Bahrain, Barbados, Mauritius, Mongolia and Namibia.

“Tens of millions of people have received the Sinopharm booster dose.

“The pandemic situation is still severe. As China’s major anti-epidemic force, Sinopharm is willing to continuously contribute to the global anti-epidemic fight and will stand with governments of all countries to build a protective shield to safeguard people’s lives and health.”

The statement justified boosters for all types/platforms of covid19 vaccines in use worldwide.

“After large-scale use, data from real-world research shows that it is unavoidable that antibody levels will decline after complete vaccination, regardless of the platforms, which will weaken the protective efficacy of vaccines.

“Based on the current research progress, many countries have started inoculating booster shots to maintain and improve the protective efficacy of covid19 vaccines.”

The statement challenged a local news report for questioning the Sinopharm vaccine’s efficacy based on antibody data for four individuals, unlike Sinopharm’s own data.

It said WHO and other institutions had proven the efficacy of Chinese vaccines.

“More than 100 countries worldwide have approved and administered Sinopharm vaccines and further testify to its efficacy with solid research data.”

The statement said the European Union had issued a good manufacturing practice certificate for the Sinopharm vaccine.

Referring to a vaccine protection level of 98 per cent in Peru, Sinopharm said, “Real-world research in Argentina shows that the protection rate of Sinopharm covid19 vaccine against deaths of people over 60 years old is 84 per cent.”

Further, Sinopharm said its vaccine has been approved for use in youngsters under 18 years in China, UAE, Argentina, Bahrain and Pakistan.

Sinopharm said that on May 7, its vaccine was authorised by WHO and included in the global Emergency Use List (EUL).

“This vaccine is a safe and effective high-quality vaccine certified by the WHO.

“To this day, Sinopharm covid19 vaccine has been registered and marketed in ten countries, approved for emergency use or market access by 112 countries, regions and international organisations, and exported to 104 countries with its proved safety and effectiveness.”