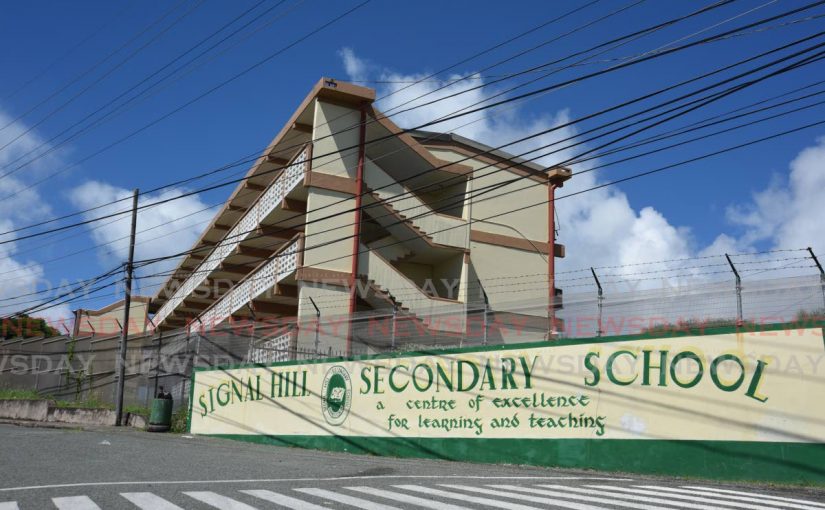 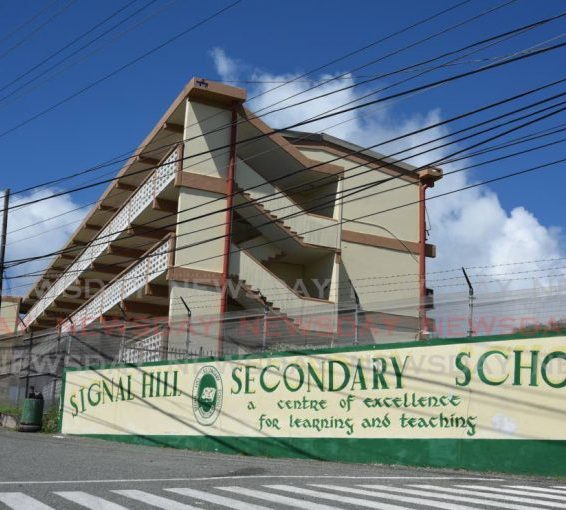 Signal Hill Secondary School has been added to the list of schools on the island which have beem closed for sanitation purposes.

In a press release on Wednesday, the THA Division of Education said that physical classes at the school will be suspended immediately.

It said, students of forms 4 to 6 are to revert to virtual classes until further advised, also imploring members of staff, students and school personnel to practise all precautionary measures if they experience any covid19 symptoms or have been exposed to anyone who has contracted the virus.

The division said it “remains committed to the health and safety of our students and will continue to make the necessary adjustments in the best interest of all education stakeholders. Citizens are encouraged to adhere to all guidelines issued by the Ministry of Health to preserve their personal safety.”

The announcement of the closure of Signal Hill Secondary coincided with the doors of Bishop’s High School being shut on Wednesday to facilitate sanitisation.

Bishop’s High students students continued their learning online on Wednesday and are scheduled to be back physically in class on Thursday.

In both situations, the division did not say whether any students or teachers had tested positive for covid19.

Technical director of epidemiology at the Ministry of Health Dr Avery Hinds on Wednesday said there are approximately 55 covid19 cases in educational districts in Trinidad, as reported to them by the Ministry of Education.

The Ministry of Education had previously allowed only vaccinated students to return to physical school on October 4. However, all forms four to six students, vaccinated or not, returned to physical classes on October 25.

While officials at both Tobago schools remain tight-lipped on the situation, Newsday again attempted to contact Secretary of Education Marslyn Melville-Jack for comment, but all calls were left unanswered and all messages unread.

When contacted, TTUTA’s Tobago Officer Bradon Roberts was unable to confirm any actual case as he had received no official correspondence but said “as far as I know, health (division) should be notifying schools of all suspected and confirmed cases.

“The time lapse is great and it is up to persons’ honesty to reveal such. As far as I was told, the concern dates back to last week for both schools, but they are now treating with.”