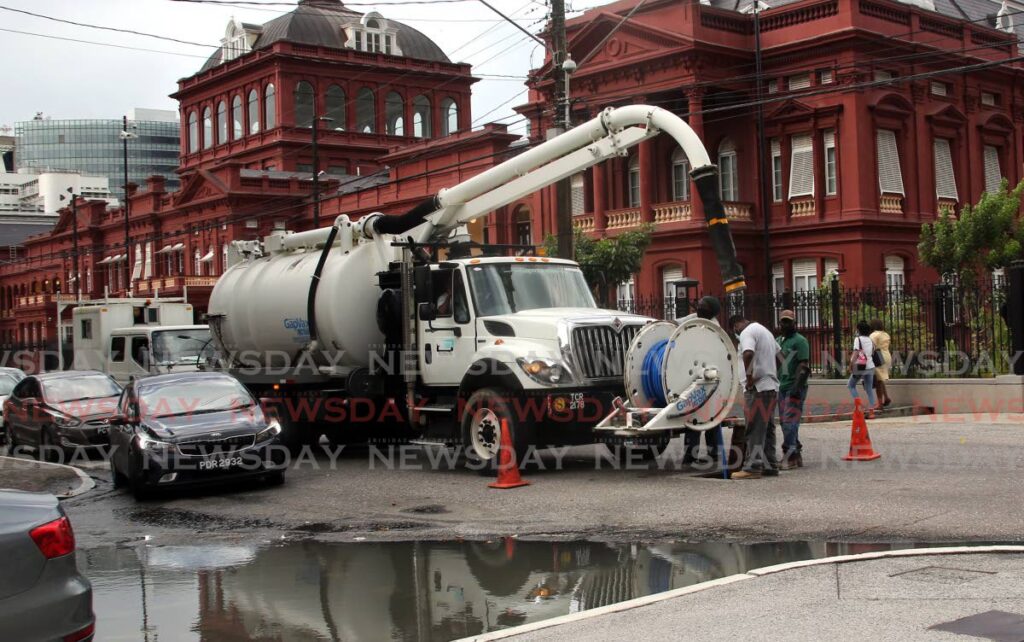 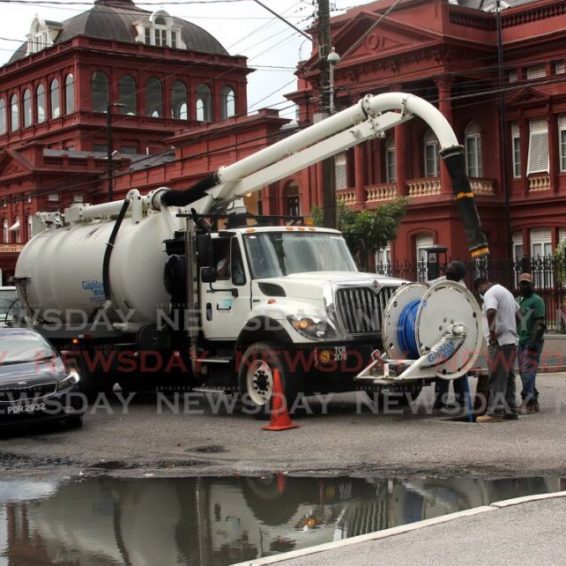 Sewage spills onto the road on Knox Street, Port of Spain, near City Hall on Thursday. – Jeff K. Mayers

Pedestrians walking through Knox and Pembroke Streets in Port of Spain to leave work on Thursday were forced to dodge sewage-laden water that was seen bubbling through a manhole at the corner of the two streets, right beside City Hall.

Cars which were driving along the street had to manoeuvre around a large puddle which took up most of the street on the corner of Knox and Abercromby Streets, with sediment being stirred up each time a car passed. They carried the water with them onto Pembroke and Frederick Streets.

WASA workers use a vac master truck in an attempt to clear a sewage line near the Red House on Abercromby Street, Port of Spain, on Thursday. – SUREASH CHOLAI

Earlier in the day, a WASA Vac master was present at the site trying to clear the problem. Acting manager of corporate communications Gregory Roxborough said the vehicle was used to clear or service sewer mains.

“If there was a choke with overflowing wastewater, as you indicated, this would be the equipment used to correct the issue.”

The scent of the sewage could be smelled as high up as Park Street as well as on Prince Street.

One passer-by said while the street was not normally on her route, she hoped the problem would be cleared up soon.

Another expressed disgust and apprehension about having to avoid the water and possible contaminants on their way to Frederick Street. A driver said he would have to remember to avoid the area on his way to work in the morning.