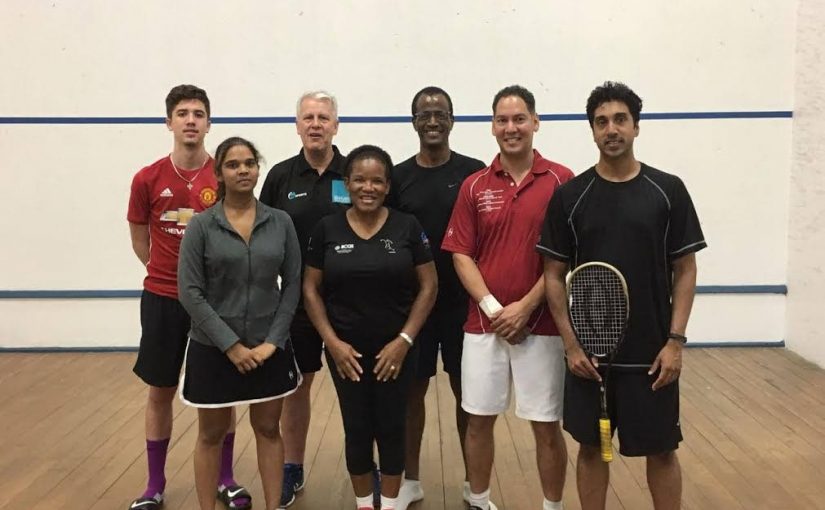 The courses were organised by the ISquash Academy of TT (ISquash) in conjunction with the Cascadia Squash Club, St Ann’s.

Selby conducted the courses between June 22 and July 2, during which he also oversaw private training sessions with several of TT’s elite juniors preparing for the forthcoming Junior Caribbean Area Squash Championships.

Selby is the father of three English PSA ranked players, including current England number-one ranked Daryl Selby (PSA #17), and is a founding member of the Off The Wall Squash Academy (OTWS) of Colchester, England.

Following the completion of the Level I course, Selby followed up with an intense two-day Level II course with five of those who participated in the first course, along with Peter Pirtheesingh.

Those coaches are expected to undertake practise sessions with groups and individual players over a two-month period, prior to Selby’s expected return in September to conduct the last day of the Level II course.

During his stay in TT, Selby signed a memorandum of understanding between the OWTS and ISquash, which is intended to increase regular participation in squash and support the development of players, coaches, referee and volunteers throughout TT and the Caribbean.

Sat Aug 11 , 2018
BITE me Bistro and the Pallet emerged as champions in the professional and individual team categories respectively, at the third annual Angostura Bitter Rivals competition, held on July 28, at the Lions Cultural Centre. The competition challenged each competing team to prepare a meat dish, a seafood dish and a […]