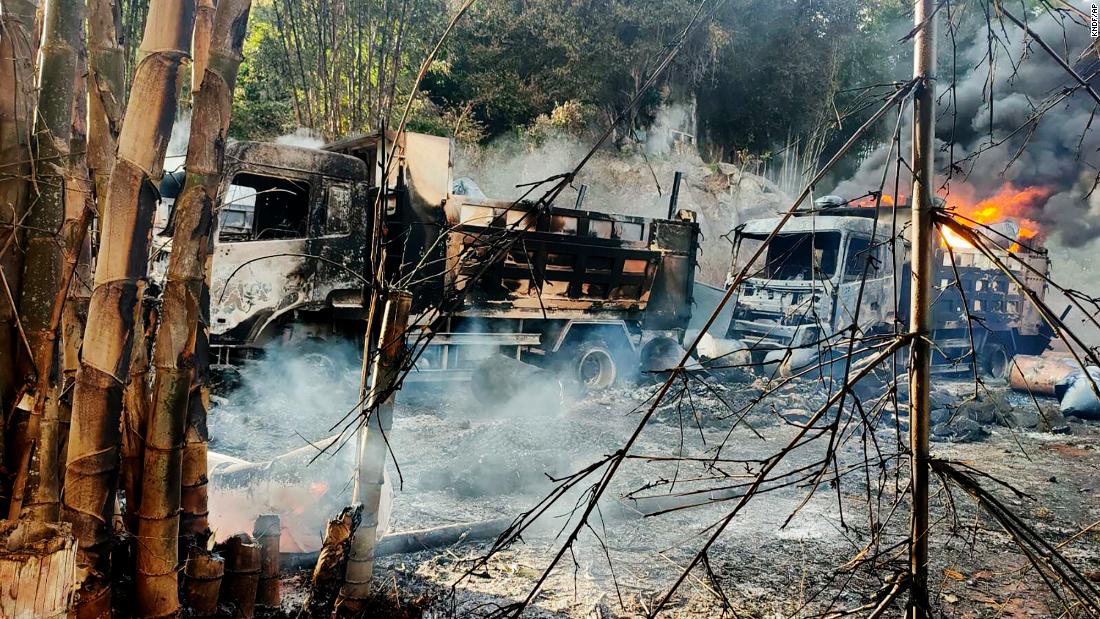 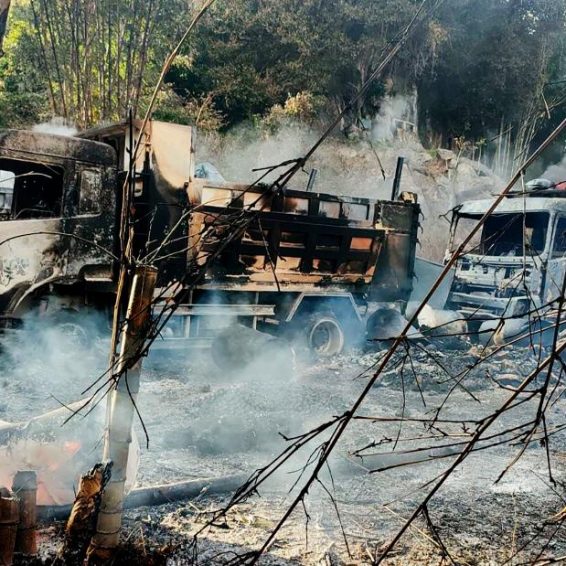 (CNN)Two Save the Children staff, missing in eastern Myanmar after a deadly attack on civilians allegedly carried out by government soldiers, have been confirmed dead, the non-profit organization said on Tuesday.

“With profound sadness we confirm two of our staff are among the burnt bodies found in Myanmar after an attack by the military on Xmas Eve. Both new fathers working on education for children,” said the organization in a statement posted ton social media. “The UN Security Council must convene & take action to hold those responsible to account.”
On Friday, at least 30 people including women and children were killed and their “charred remains” discovered close to Hpruso Township in Kayah state, which is also known as Karenni, according to a local human rights group.
Myanmar’s ruling military has not commented on the incident and junta spokesman Zaw Min Tun could not be reached for comment.
State media reported soldiers had fired on and killed an unspecified number of “terrorists with weapons” from forces fighting the military government. State media did not say anything about civilian casualties.
Read More
Martin Griffiths, United Nations under-secretary-general for humanitarian affairs and emergency relief coordinator, said the reports of the killing of civilians — including at least one child — were credible.
More than 30 reported killed, Save the Children staff missing, in Myanmar attack
“I condemn this grievous incident and all attacks against civilians throughout the country, which are prohibited under international humanitarian law,” he said in a statement, calling for “a thorough and transparent” investigation.
US Secretary of State Antony Blinken also condemned the attack in a statement Tuesday, and urged the international community to end the sale of arms and technology to the Myanmar military.
“The targeting of innocent people and humanitarian actors is unacceptable, and the military’s widespread atrocities against the people of Burma underscore the urgency of holding its members accountable,” Blinken said, referring to Myanmar by its former name. He added the United States would continue to “press for a restoration of Burma’s path to peace and democracy.”
Myanmar has been in turmoil since the military junta overthrew the previous elected government and detained many top officials — including ousted civilian leader Aung San Suu Kyi, who was jailed earlier this month. Since the coup, the military has tried to assert its power over the people through bloody force.
UN agencies, rights groups and local journalists have documented massacres, mass arrests, torture, forced displacement, men, women and children being murdered with impunity, heavy weaponry used by junta forces to attack villages and root out armed resistance groups, and the blocking of humanitarian aid.