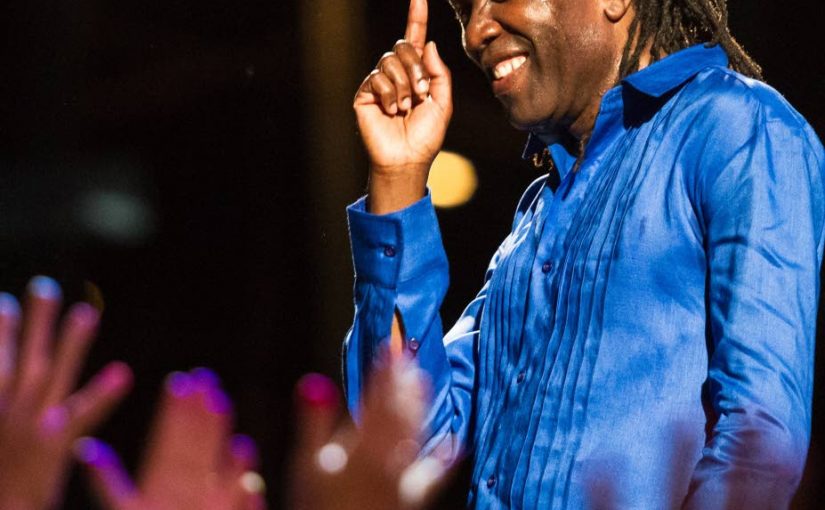 FROM Belmont to San Fernando calypso virtuoso David Rudder will be staging his first full-length concert at the Naparima Bowl on July 28 at 7.30 pm.

Call it the second edition of his fabulous 6.5 concert held in May in Port of Spain, commemorating his 65th birthday. Whatever the reason, San Fernandians are eagerly looking forward to spending and evening with Rudder to witness his story-telling ability through a unique blend of music with the pulsating Shango undertone.

The concert is being held with the support of the Mayor of San Fernando Junia Regrello who said it is his desire to provide quality entertainment in the south.

“David has never done a full concert in San Fernando and I feel the need to provide top-of-the-line entertainment for our citizens instead of having them go up and down the highway to Port of Spain. This is also a way to help the young people stay connected to this art form by bringing different things to the table,” Regrello said.

“Naparima Bowl is the place where most of these events were held back in the early days and held that special space for the calypsonian. We want to reproduce that space for all aspects of the art form and to bring calypso back to the Bowl.

“The quality of his music, composition and musical skills are really phenomenal and I saw the opportunity for us to celebrate him.”

He said the San Fernando City Corporation will not have to bear any financial cost for the concert.

“We are not taking taxpayers money to stage this concert. It is being taken care of in a very astute way. It is organised in a way for private people to assist. It is being done under our (City) auspices and I am the patron for the event,” he said.

The Rudder in South concert will also feature guest artiste and second-place winner of the 2018 National Panorama finals Caribbean Airlines Skiffle. This will not be the first time these two have shared a stage. Back in 1986, then Skiffle Bunch would have toured Europe with Rudder and also accompanied him at several concerts in TT.

Described by Professor Gordon Rohlehr as, “a mighty poet of a shallow people, in a savage time,” Rudder has provided music to touch the soul of the people with his vivid lyrics immortalising history such as from the 1990 attempted coup to the ravages of Haiti and the rallying call to support the West Indies cricket team.

During his concert he is expected to take fans on this musical journey that has spanned five decades, and which will remind them of the power of calypso.

Born in Belmont in 1953 and educated at Belmont Secondary, Rudder began singing and touring the Caribbean on weekends and on holidays from age 11. A student of history, his unique ability to tell stories through music was influenced by the world culture as well as his experiences with the people, food, pan, mas, copper crafting with the late great Ken Morris, his exposure to cricket in the Queen’s Park Oval in Port of Spain, horse races in the Savannah, art and music. All of which he was able to commit to memory and use to craft his art.

Although he had a daytime job in the accounting department at the Public Transport Service Corporation, Rudder could not resist the pull of the calypso and moonlighted as a performer in the Revue as well as a background vocalist in the recording studio.

He later joined Charlie’s Roots with Chris “Tambu” Herbert who was then the frontline singer, a situation which changed with Rudder’s meteoric rise in 1986. Since then he has copped many awards for the more than 20 albums he has produced, including the Hummingbird Silver award. He was also appointed as a UNDP Goodwill Ambassador and received an honorary Doctor of Letters from the University of the West Indies for his body of work and contribution to Caribbean culture.

“David Rudder has made a life’s work of observing, and as calypsonians do, commenting on what he sees around him. In an age of selfies and social media, he holds on to our culture in ways we are leaving behind, often reminding us of who we should be, not who we have become. Today we celebrate him, his music, and all that he given us,” Regrello said. 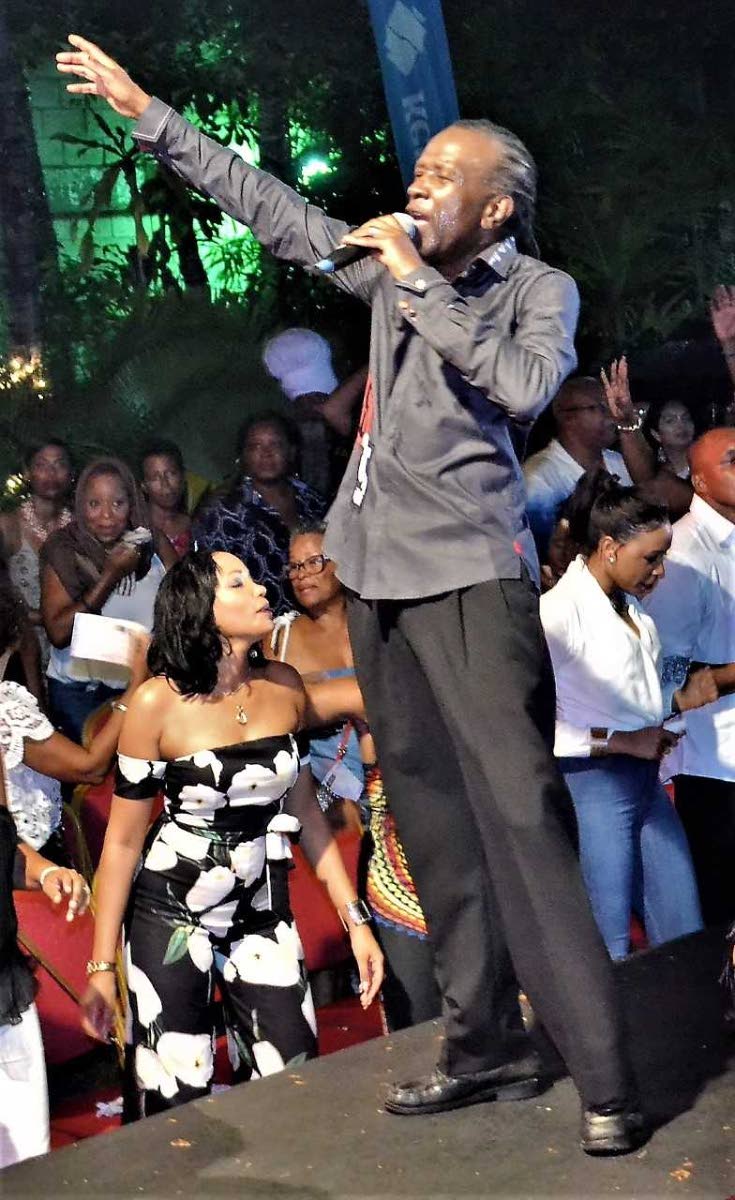 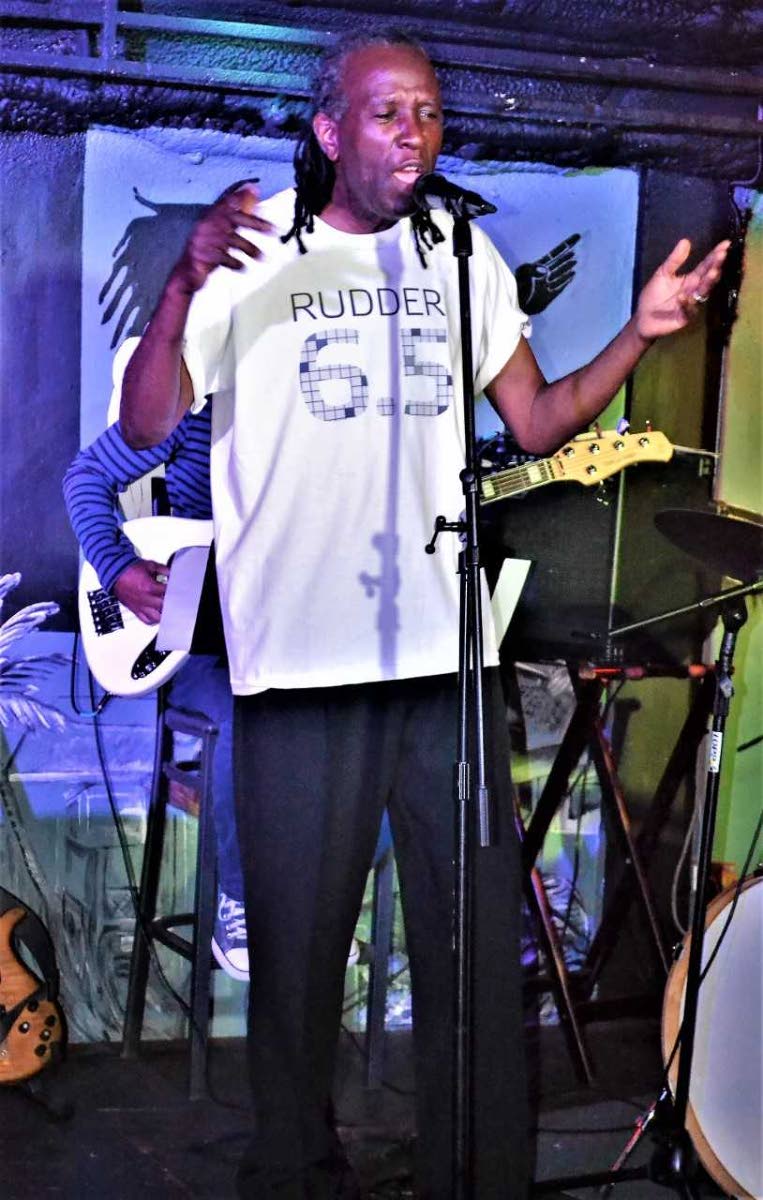 The post Rudder 6.5 for the Bowl appeared first on Trinidad and Tobago Newsday.

Students get advice from Walshy Fire

Fri Jul 13 , 2018
STUDENTS of the University of Trinidad and Tobago (UTT) benefited from a three-hour interactive discussion with Leighton “Walshy Fire” Walsh, a member of the popular award-winning group Major Lazer. Walsh was in Trinidad to stage the first instalment of his popular event Rum & Bass. The event, promoted by 432 […]