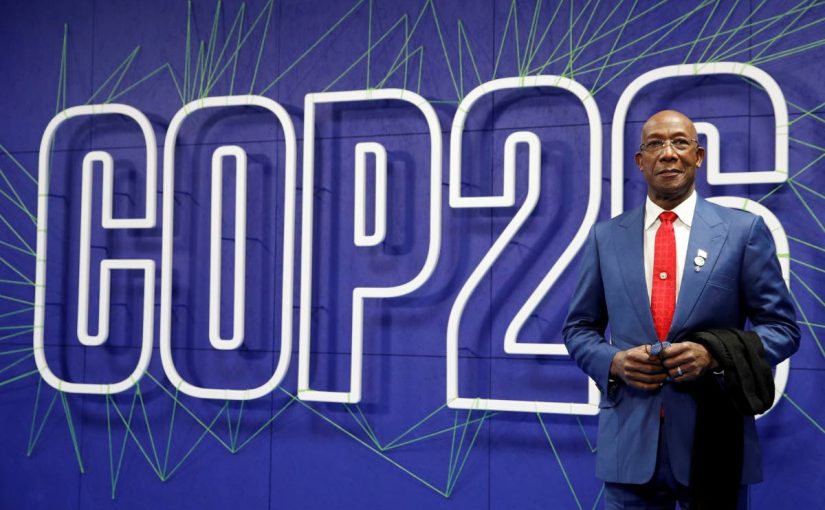 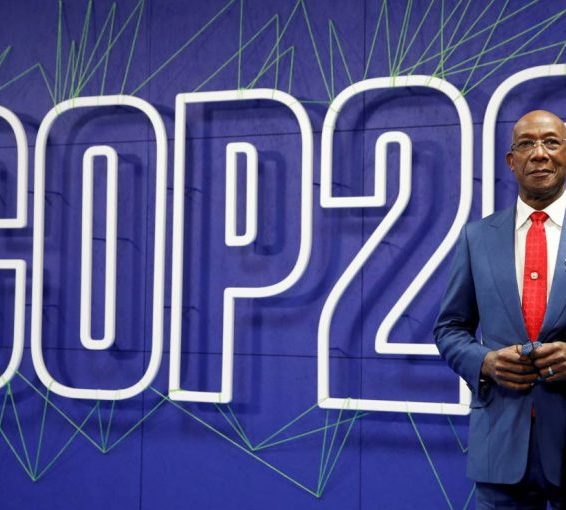 Rowley: Trinidad and Tobago holding on to hydrocarbon market

Prime Minister Dr Keith Rowley arrives for the COP26 summit at the Scottish Event Campus (SEC) in Glasgow, Scotland on November 1. On his return from London on Saturday, Rowley announced TT would continue its hydrocarbon industry. – AP PHOTO

Trinidad and Tobago intends to hold on to producing natural gas for as long as it takes and will join with other oil producing countries to fight against the demonisation of hydrocarbon products, according to the Prime Minister.

Dr Rowley was speaking at the Piarco International Airport on Saturday after his return from the United Kingdom and Scotland where he led this country’s delegation to the COP26 summit and top-level meeting with major energy multinationals.

He said it was in this country’s interest to “carry the conversation that gas is in fact clean energy.”

The world’s requirement for energy remains and it will take quite some time for energy to come from wind, water and solar energy, he said.

Dr Rowley said he was anxious to hear the decisions coming out of the climate change meeting as often the smaller countries have the bigger burden to bear.

The Prime Minister said the “future of the country is at stake” and it was incumbent in forging partnerships to survive.

“We are in the business of hydrocarbons and will remain there as long as there is a market in the world,” he said, noting that bigger countries such as the United States, Australia and China have not the position to get out of producing hydrocarbons.

He said the spotlight will be on TT which has been deemed to be one the largest polluters on a per capita basis and therefore “we have our work cut out for us.”

A key component in meeting the requirements to reduce the carbon footprint will depend on international funding, he said, and was anxious to see how such funds are disbursed to help counties such as TT get on track.

On the brighter side, he said the use of hydrogen was being explored to help produce cleaner natural gas which can command a better price on the global market.

He also spoke about new agreements with energy giants bp and Shell to continue further exploration in gas fields, the settlement of a production sharing contract to be signed on November 17 for the development of the Loran Manatee field as well as major solar project to generate 112 MW of energy.

He said it was important for this country to add its voice at the COP26 summit as one which is based on a hydrocarbon production and intends to play its part by producing 30 per cent electric power by 2030.

Dr Rowley said another important issue was accessing funding from the Green Climate Fund which can help in major environmental matters such as coastal erosion, reforestation and other issues.