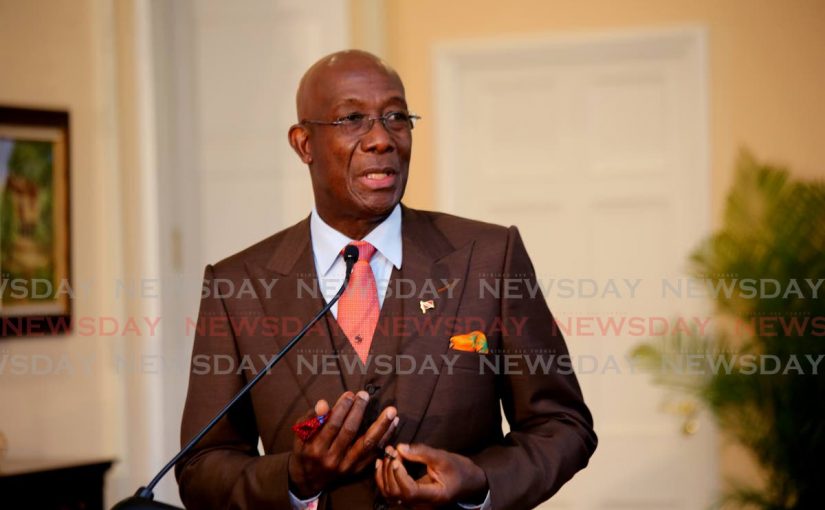 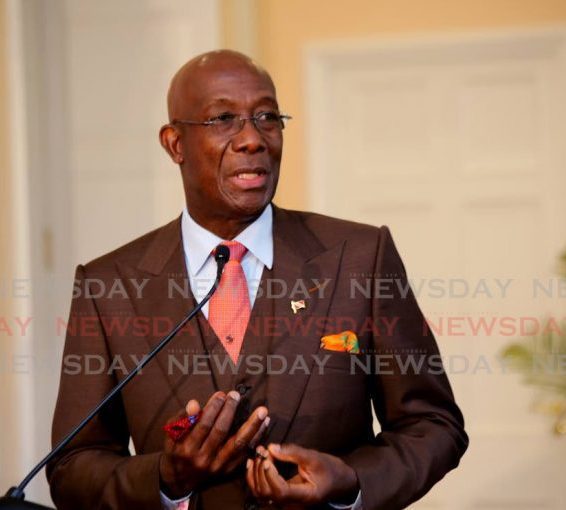 Rowley on UNC’s call for him to quarantine: I’m fit to travel

1 month ago·3 min read
ShareTweetPinShare
Home
Local News
Rowley on UNC’s call for him to quarantine: I’m fit to travel
The content originally appeared on: Trinidad and Tobago Newsday

THE Prime Minister will lead a government team to the UK on Saturday for high-level talks on climate change and energy, his office said on Friday.

“Dr Rowley, at the invitation of Prime Minister Boris Johnson, will attend the World Leaders Summit at the UN Climate Change Conference, COP 26, in Glasgow, Scotland.”

At COP26, from Sunday to November 12, countries will update their plans to cut carbon emissions to curb climate change.

After the summit, Rowley will meet BP’s leadership in London. “He will also meet with Shell, where he is expected to sign the relevant documents, clearing the way for the development of the cross border Manatee gas field of the Loran-Manatee reservoir which is jointly owned by Trinidad and Tobago and Venezuela.”

Rowley told Newsday medical tests showed he is fit and healthy to travel abroad, despite last week’s accident in Tobago when his golf cart struck a woman who turned out to be covid19-positive.

“Yes, I will be going to the climate summit in Glasgow, as planned,” he said in a text message. “The medical teams in Trinidad and in Tobago have been and continue to be fully aware of any and all known exposure which I might have had. I am constantly being subjected to the rigorous health protocols as they are required and applied.

“This include numerous testing and two extended periods of isolation.”

The PM had tested positive for the virus from April 6-25. He took the Sinopharm vaccine in July and August, but by September 18 was a primary contact of someone with covid19, but was ultimately cleared.

Commenting on the golf cart incident involving Rowley and Magdalena hotel employee Debra Gordon, Opposition Leader Kamla Persad-Bissessar alleged “an absence of any remorse, concern and care” in his allegedly not aiding Gordon.

However, the hotel said it was an accident and the PM’s guard and hotel staff had immediately helped her, with Rowley expressing his concern and his staff later inquiring after her.

The PM addressed all concerns on Friday.

“With respect to testing, I was tested last Saturday, and only as recently as today, October 29, in preparation for travel, which requires a negative PCR test no older than 72 hours before boarding. My results continue to be negative.

“With respect to the story of an infected person at the golf course, I was in her vicinity for no more than 25 seconds whilst wearing a mask and she was masked as well.

“Since the protocols require an exposure of 15 minutes or more, then 25 seconds (both masked) have been deemed insignificant exposure requiring no further action.”

Rowley was critical of Persad-Bissessar.

“The distasteful insertion of the idle and desperate Leader of the Opposition into this matter is quite unfortunate but not surprising.

“It reminds me of her callous comments about Maxie Cuffie, when he was going through his health challenges with a stroke. She demanded that he be expelled from Parliament so that we can have a by-election which she hoped to be able to win. Well, Maxie survived, we did have an election in La Horquetta/Talparo. The people there chose the PNM.

Noting pessimism over efforts to the 2015 Paris Agreement’s goal of a limit of a 1.5 degree Celsius rise in global temperature above pre-industrial levels, Barbados Prime Minister Mia Mottley recently said if COP 26 misses this goal, that would affect the Caribbean. “We have to adapt to that new reality which can literally be upon us anywhere from 12-20 years.”