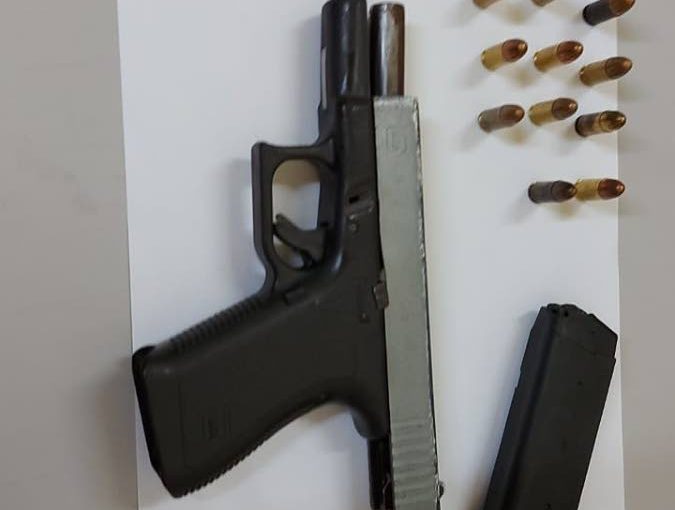 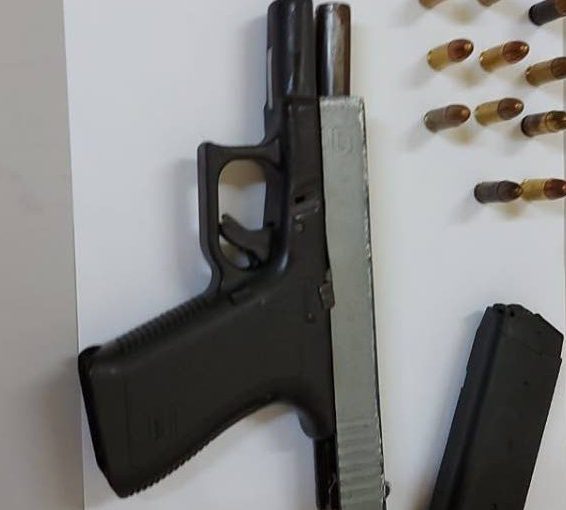 A Glock 19 pistol and 14 rounds of ammunition were found and seized by police in Aranguez on Tuesday afternoon.
Five men were held in relation to the weapon which they suspect was used in a robbery.
PHOTO COURTESY TTPS – PHOTO COURTESY TTPS

Police from the North Eastern Division are urging the public to be extremely careful when withdrawing large sums of cash from the bank after five men were held after they followed and robbed a man in Aranguez on Tuesday afternoon.

Police said the man withdrew $9,000 in cash from a bank at around 2 pm and went to a businessplace on the Aranguez Main Road, Aranguez, but was confronted by the bandits, who stole his cash, cell phone and other valuables.

The man called the police and officers from the North Eastern Division Emergency Response Patrol and the San Juan CID found the men driving a black Nissan Almera on Johnny King Road.

Police searched the car and found a Glock 19 pistol with 14 rounds of ammunition, the cash, phone and the other stolen belongings.

Police said the men would be questioned and put on identification parade on Wednesday, as they suspect they may have been involved in other robberies in the division in which people were robbed shortly after leaving a bank.

Officers also warned the public to be extra-vigilant during the Christmas season, as criminals will target more people leaving banks and other businesses.