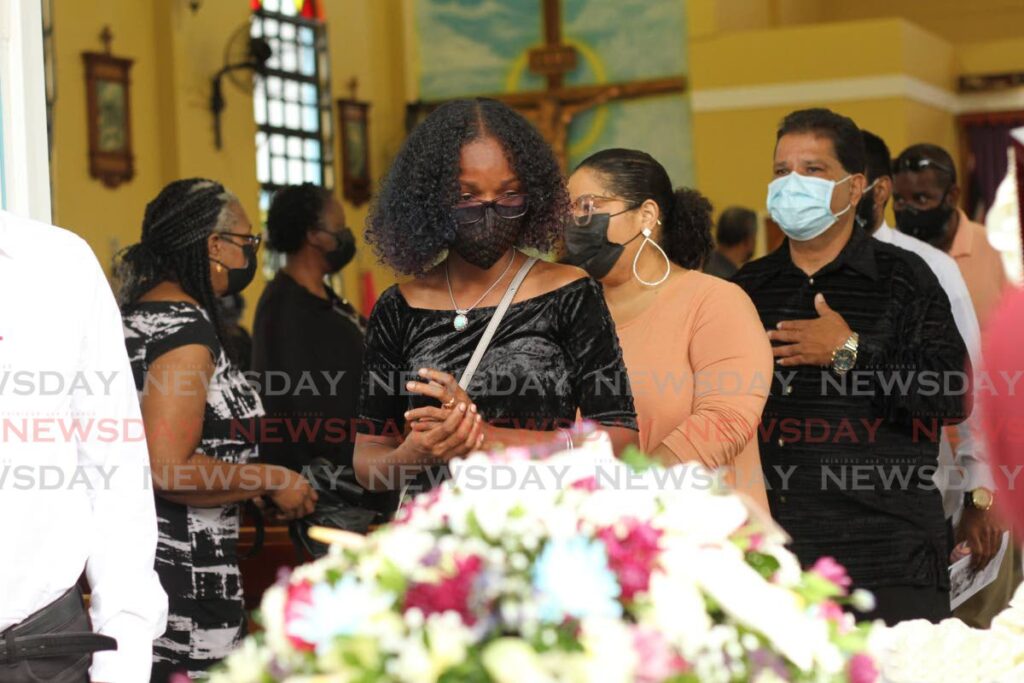 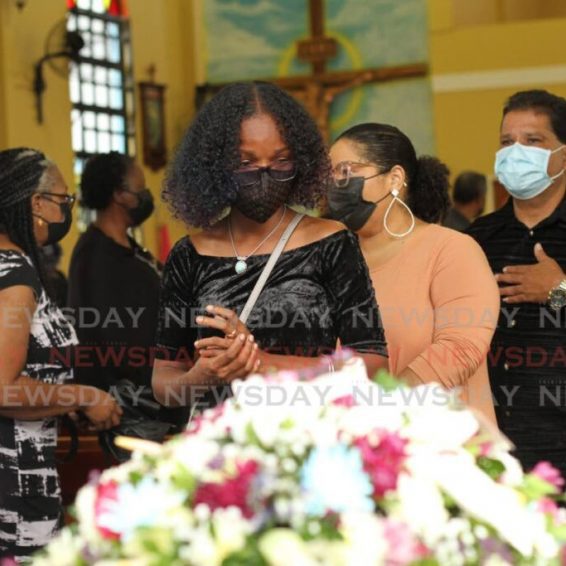 FRIENDS and family of retired Newsday journalist Cecily Asson paid their last respects on Tuesday during her funeral at the Holy Cross RC Church in Princes Town.

Fr Santhosh Puliyammakkal officiated at the service, saying Asson was an avid churchgoer who regularly supported the church’s activities.

Asson was eulogised by her son Jhamille, who said she will be remembered for her nurturing characteristics.

MY MOTHER, MY FRIEND: Jhamille Asson delivers the eulogy during the service for his mother Cecily Asson. Photo by Marvin Hamilton –

He said she was beloved by many because she was not only a rock to many in her family but also in Princes Town, where she lived.

He also said Asson had a love for sports and outdoor activities while growing up with her siblings.

Even though she may no longer be here in person, Jhamille said Asson’s spirit will live on in the lives of the people she interacted with.

Swamber first met Asson in 1988 when he joined the Holy Cross RC Church’s choir. Over the next three decades, he and Asson would go on to be great friends, helping each other both in their professional and personal life.

Swamber told Newsday, “The first story I remember being asked to work on (as a reporter) was about an issue at the Princes Town Market. I returned to office, wrote up my story and Cecily helped me craft the story.”

During her media career, Asson worked as a reporter and an editor at the TT News Centre publications the TnT Mirror and Sunday Punch (both defunct). She then worked at Newsday, where she retired in 2017 after a decade at the paper.

Asson is survived by Jhamille, her three brothers and two sisters.