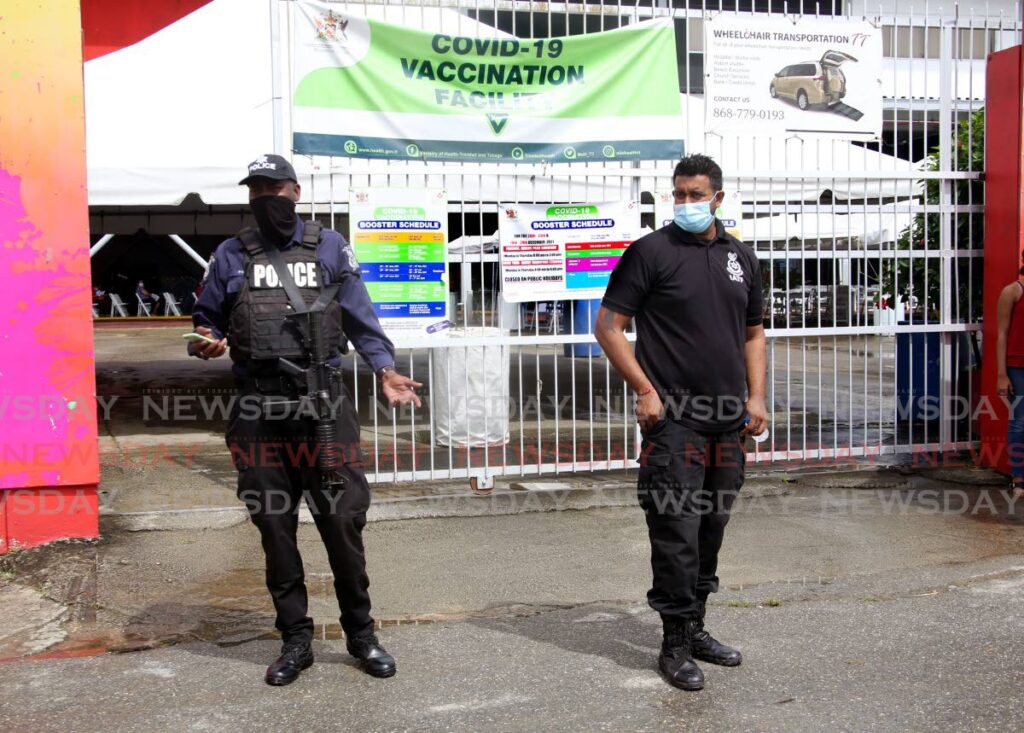 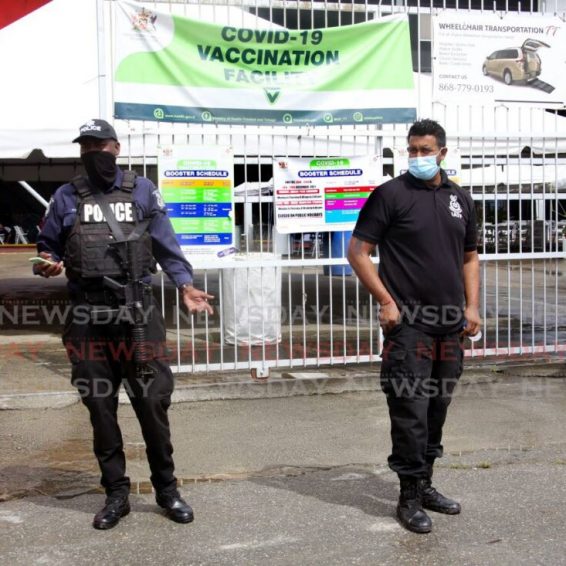 Reported rise in police going for vaccines in Port of Spain

News
Police officers got their covid19 vaccines at the Paddock, Queen’s Park Savannah in Port of Spain. Photo by Sureash Cholai

ALTHOUGH the rains dampened what should have been a busy day of vaccinations in northwest Trinidad, on Wednesday there was a noticeable increase in  police officers taking their first, second and booster shots at the Paddock, Queen’s Park Savannah.

Newsday visited the Savannah and the Hasely Crawford Stadium, Port of Spain, where it appeared significantly fewer people turned up for their shots compared to Monday, when lines snaked out of the latter venue.

A guard working with the North West Regional Health Authority barred Newsday from taking photos inside, and from interviewing those waiting to receive their shots. But he said the lines appeared considerably shorter than previous days only because of the quick pace at which the vaccines were being administered on Wednesday.

An even smaller turnout appeared at the Paddock, but a pair of women who went for booster shots said most of those inside appeared to be police.

“We got through in under half an hour,” one of the women said. “The workers were friendly and courteous. We had no issues.

“The police seemed to have come out in force today. I’m really proud of them.”

Newsday observed police officers entering and leaving the site but none was willing to speak on the record.

The surge also comes on the heels of a joint statement issued by the heads of the Police Service Social and Welfare Association, the Prison Officers Association and the Fire Service Association rejecting what they described as a vaccine mandate.

By contrast, Minister of Health Terrence Deyalsingh and Attorney General Faris Al-Rawi both said there will be no vaccine mandate for public servants, but those who are not vaccinated after a defined period of furlough (unpaid enforced time away from work) stand the risk of losing their jobs.

Gregory Simon, who works in the elevator department at National Flour Mills, told Newsday he got his first shot after the company indicated it was necessary for him to continue working.

“I had my doubts,” he said, referring to the vaccine’s efficacy.

Asked what spurred his change of heart, Simon said, “I contemplated this for a long time. We were told we need to be vaccinated and I weighed the pros and cons. The situation is getting worse and I believe now this is the right decision.”

Testing for covid19 is being done under a tent adjacent to the vaccination site by a private company MyHealthSpot, which relocated from a nearby venue in November.