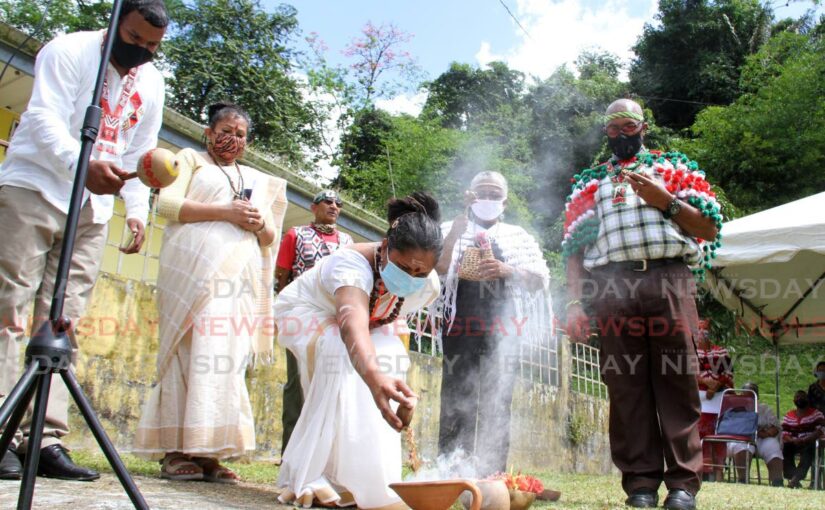 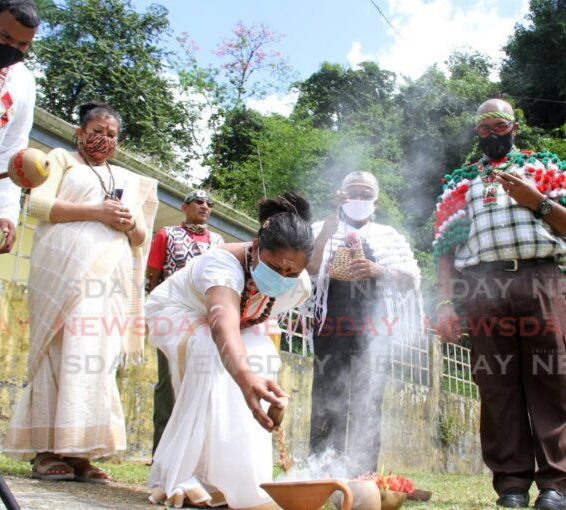 It is without a doubt the covid19 pandemic has left irreparable scars on many. The sudden loss of a loved one and the void that would never be filled is often too much for some to bear.

The loss of an income can also bring unimaginable stress and of course, children have their stresses and anxiety with school, examinations, and witness all that unfolds around them.

Sunday Newsday reached out to several religious institutions to get an idea of how their congregations have been coping and what assistance have been afforded to them.

Anjuman Sunnat ul Jammat Association (ASJA) general secretary Rahimool Hosein said the pandemic has taken a toll on its congregation and it was unlike anything he had experienced before.

He said ASJA has set up two funds to assist people in financial need. The first was designed to assist members of ASJA and the second fund was a public fund that is available for anyone in TT, once qualified.

“We have a social services committee that provides financial assistance through an application process. We have dispersed thousands of dollars this year to needy people in our communities.

“People who need assistance must fill out an application form which is available at our Chaguanas and San Fernando offices. Every two weeks the committee sits, deliberate, and dispense funds. The distribution of funds is not something we make public because it is something that should remain private, especially for the recipients,” Hosein said.

He said the imams have organised programmes in their masjids to support the communities, which included a campaign to encourage vaccinations and to observe the health safety protocols.

Hosein said while there have been calls to make the masjids “safe zones” it was not something ASJA was considering at this time.

“We cannot pronounce on that as yet. But we have told the individual masjids that that was their call based on the prevailing circumstances in their localities.

Imam Nazim Hosein at the Preysal ASJA Jamaat said the most alarming issue they faced over the last two years has been assisting people to deal with the loss of loved ones. With less than a week for it ends, this month has the highest covid deaths with 560 as of December 24.

A Hindu cremation at the Waterloo cremation site on May 5, 2020. The Maha Sabha says Hindus feel deeper loss that they cannot perform open-air cremations under a public health order. A challenge to this measure is before the courts. – File photo/Lincoln Holder

The emotional and mental impacts, he said, have been unlike anything seen before because the covid19 virus bars people from being with each other in desperate times of need.

Hosein said, “The most important thing we can do now is to provide emotional assistance because death from covid19 is a traumatic experience for anyone or any family.

“Every evening, we come on via Zoom to pray and we would speak with them every day because they have expressed that it is difficult to get up on mornings and carry on.”

Hosein said most masjids offer similar support to their congregations and help deal with the emotional and mental challenges of the pandemic.

Head of the Pentecostal Assemblies of the West Indies (PAWI) Bishop Don Hamilton said mental health and emotional stress have always been a part of society, but in a way, covid19 has helped to bring it to the fore, for it to be addressed adequately.

He said the system for dealing with it needs to be revamped extensively to effectively address the issues, which affect every sector of society.

Hamilton said, “There are the vulnerable people who need to access such services, students, parents, teachers, doctors and nurses and our politicians are affected. It is not something that is targeted to specific people, we are all vulnerable.”

Hamilton, also a psychologist, said people also needed to be truthful with themselves about how they feel about certain situations, to effectively deal with stresses and anxieties.

He explained that there were four types of grief, and that grief was not bound to the death of a loved one, but rather could take root in any form such as the loss of a job or a failed examination or even breaking a favourite glass.

“Grief is tied to loss, not just death. Apart from covid19 taking lives, there is common grief which deals with the loss of job, or social out letting. Then there is complicated grief where there is unfinished business and emotional attachments that were not dealt with. Cumulative grief is where there were no opportunities to deal or grieve with the losses in the past, so it is piling up, and then there is chronic grief where loss or grief has not been dealt with at all which then turns into a mental health issue,” Hamilton said.

He said it was important and urgent for individuals to identify where they are on the spectrum to prevent reaching the stage of chronic grief to avoid mental health issues.

It is not easy, Hamilton said, “describing something and doing it are two different kettles of fish. Everybody grieves differently and because of that, treating with it is not a one size fits all. Your grief is unique to you.”

He pointed out that the pandemic has plunged many people into complicated grieving because the opportunity to properly say goodbye to family and friends were longer present, especially through funeral rituals.

“People with complicated grief, if not managed properly, moves to cumulative grief and then chronic which leads to depression and other forms of mental illness.

Al-Rawi calls on Opposition leader to help get people vaccinated

PAWI, he said, has been working with the various age groups within their organisation through online workshops, therapy sessions, counselling to assist and treat the impact that pandemic has had on the individual.

Of great concern, he said, were children and medical practitioners who have been sidelined for the most part since March 2020.

Hamilton said, “Children are not just affected by (an absence) physical schooling and examinations. We have a systemic problem and all covid19 has done is magnify it. When it comes to children, the perception is that they are resilient and would bounce back. Unfortunately, not much work is being done to understand the psychology of children. Children experience their own grief and trauma in their own world that cannot be translated into a language that the adult could understand.”

The systemic failure, he said, has left the government, other agencies and non-governmental organisations burnt out to find the right solutions and covid19 made it harder.

Acting secretary-general of the Sanatan Dharma Maha-Sabha (SDMS) Vijay Maharaj said they have established a counselling clinic for its members and those within its schools system.

He told Sunday Newsday that it has been very difficult for members of the Hindu community to get closure for the deaths of their loved one, especially the people who died from the virus.

“There is a team of psychologists and psychiatrists headed by former chief medical officer Dr Rampersad Parasram. We are seeing an increase in emotional and mental from all congregations because I had conversations with other religious leaders about it.

“All the SDMS schools and temples have access to the services offered over the past year and a half. About six children have lost parents due to covid19 and they have been receiving the assistance to help them cope.”

Maharaj said the Hindu community was a tight-knitted one and children who were in such circumstances would be taken care of by grandparents or aunts and uncles and would rarely be left to be orphaned.

He said because families were not getting the closure, they needed by performing burial rights, a gap was left resulting in emotional and mental illnesses.

The SDMS has challenged the government’s policy prohibiting open-pyre cremations for covid19 victims who were Hindus. The matter is currently before the High Court.

The post Religious groups set up funds, offer counselling for loss amid pandemic appeared first on Trinidad and Tobago Newsday.