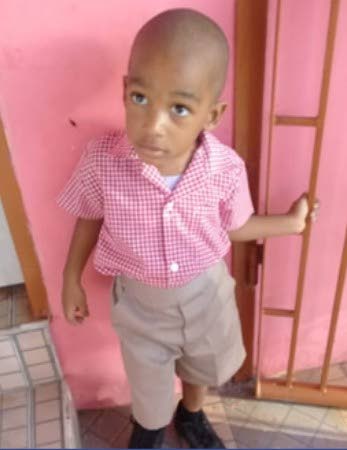 Relative of ‘missing’ Las Lomas children: It was a misunderstanding

A Las Lomas man is heartened by the concern and prompt response of the public in helping to find his relatives, but has cleared the air over their apparent disappearance, saying it was simply a miscommunication between himself and another relative who could not find the children.

A police media release on Thursday reported that Giovanni Smith, six, Stephen Edwards, nine, Shawn Phillips, 11, Tafari George, 14, and Joan Edwards, 16, had last been seen at their Las Lomas No 1 home at around 11.30 am that day.

Photos pf and information on the missing children were circulated on social media to try and find them. Facebook users shared the images over 3,000 times, while others offered prayers in the hope they would be found safely.

Another police release on Friday reported the children were found at “a place of worship” in the area with a female relative just hours after they were reported missing.

Newsday visited the family’s home on Friday and spoke with a close male relative, who did not want to be identified. He said he was touched by the public’s willingness to help, but it was an emotionally difficult to deal with the publicity and attention.

The man, who is a pastor, said he went to Tobago on Wednesday evening on business and was expected to return on Friday.

He said he received a call from his children at around 10 am on Thursday telling him about a “situation” at the house.

“They told me about the situation and I heard the noise, so I told them leave and go, and I would send my mother to remove them. By the time my mother and her friend came to meet them, they had police searching the area.”

As soon as he reached home, he said, he took the children and went to the police station.

” The police eventually realised they wasted a lot of time.” He said they tried to take the missing-persons report off the internet, “But it didn’t work out. They called Homicide and all…it’s hurting that those children are known worldwide.

“This is a gospel house, I’m a decent man.Why do I have to go through this?”

The man said a relative called the police when she did not see the children at the house. But while police were searching for the children, he said, they were with a female relative on the same street, metres away from the family’s home.

He said he tried to call the female relative to explain the children were staying with another family member, but was unsuccessful.

The man said he booked a flight immediately when he heard what was happening and returned to Trinidad, where he found his children and explained the situation to the relative and the police.

“I was able to come back, so by 3 pm that day, those children were back in my custody, and there was no evidence to indicate the children ran away or were missing.

“Everyone from relatives to other members of the church calling, and they are panicking. It’s very hurtful.”

The man said he was still trying to calm down after the incident, adding that he was still being bombarded with messages and phone calls, and some concerned parishioners had even gone so far as to set up prayer lines for the safe return of the children.

He said it was a lesson for relatives not to panic and jump to conclusions, but rather make a thorough check before assuming the worst and involving the authorities.

Nevertheless, he thanked the public for their assistance and said he was moved by their prayers and support.

“I want to say thanks to everybody who sent their support. It shows we still care for each other in this country.”

The post Relative of ‘missing’ Las Lomas children: It was a misunderstanding appeared first on Trinidad and Tobago Newsday.