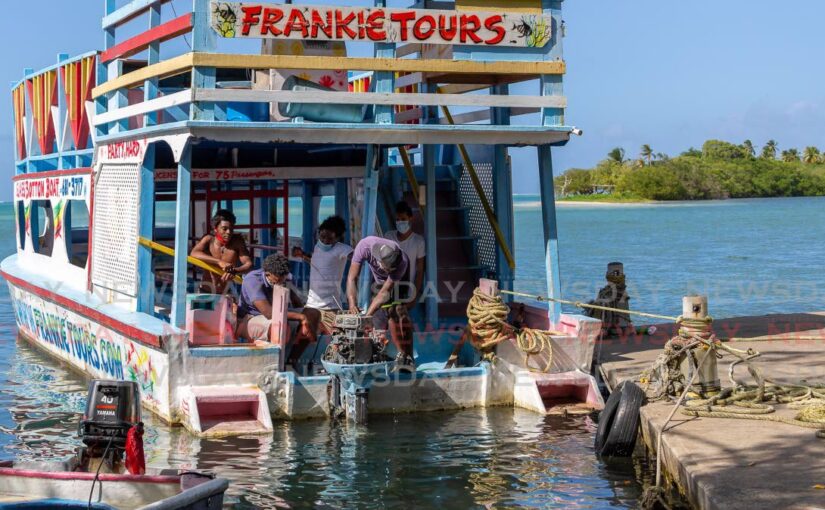 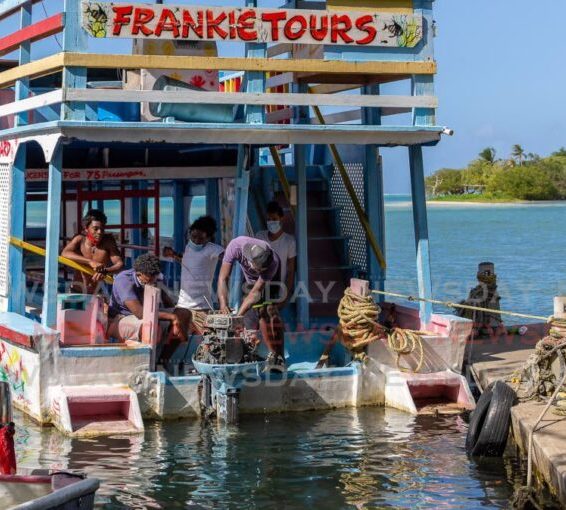 Tobago
Frankie Tours reef boat workers get the engine ready on Sunday ahead of Monday’s reopening of the beaches from 5am to noon. Beaches had been closed since April as a measure to curb the spread of covid19. – David Reid

POPULAR reef tour operator Michael Frank, owner of Frankie Tours, believes the closure of beaches played a part in the PNM’s heavy 14-1 defeat to the PDP in the December 6 Tobago House of Assembly (THA) elections.

Frank was speaking to Newsday on Sunday ahead of Monday’s reopening of beaches from 5am to noon.

There was an expression of relief by business people in the tourism sector in Tobago, following the Prime Minister’s decision to reopen beaches after eight months. Beaches, rivers, and ponds were closed in April as a measure to protect against the spread of covid19. Only beaches have been reopened.

Frank, who has been a tour operator for 35 years, said he is hoping to restart his business on Wednesday.

He said, “I have already implemented covid19 health protocols for customers and workers after the Prime Minister’s announcement. The Prime Minister had said he was hoping to open the beaches before Christmas, so I was already prepared.”

Owing to the time restriction, Frank said he will operate one trip daily, from 9 am to 11 am.

“I have four boats but currently one is operational. The boats have been out of operation for nine months and during that time they have develop structural damage, engine problems and are in need of repairs.

“I already have bookings but there are still several issues to be sort out before I restart…I have to finalise insurance and although the beaches are open, we still have to get permission from the (THA) marine division to use the Buccoo Reef.”

Frank, who operates out of Store Bay and Pigeon Point, said most of the bookings he has received are Trinidadians coming to Tobago for the Christmas period.

He described the nine months out of operation as frustrating for his family and employees.

“My business is 100 per cent tourism-based and it became difficult to meet my expenses and keep my workers employed. I actually had to lay off workers and turn to agriculture to make ends meet.”

He believes the closure of beaches had an impact on the outcome of the December 6 THA elections.

“The closure of beaches impacted the tourism industry negatively, and I would think that at least 80 per cent of the stakeholders in the industry voted negatively against the Prime Minister.

“We felt it was unfair and that they were spiting the tourism sector, because they were opening bars and restaurants that are indoor, and closing a facility that was outdoor. And the same way they can social distance and have safe zones on land in restaurants, bars and water parks, they can do the same on a boat and the beach.”