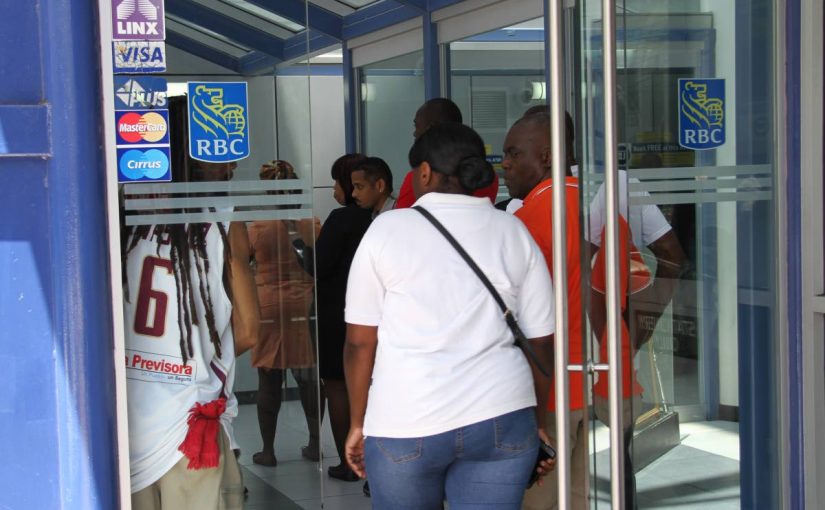 RBC Royal Bank (RBC) is denying that hacking was behind today’s service disruption across TT.

Responding to Newsday’s questions, Ron McClure, head of operations and transformation, Caribbean Banking, at RBC said, “This system disruption was not the result of any external hacking efforts. Any rumours or speculation about hacking are completely without merit. All RBC systems have been and continue to remain secure.”

RBC customers were limited in their ability to do business for much of the day, including online and mobile banking, while ATM use was limited to withdrawals.

McClure said customers were, however, “able to perform most but not all transactions at RBC branches, although as transactions required more manual intervention, this resulted in slower-than-usual service. With the increased number of clients using the branch and the slower transaction time, this resulted in lines forming at most locations.”

Speaking with Newsday shortly before noon, a frustrated customer said he only knew there was a problem when he trieed to cash a cheque at the bank’s Arima branch and found himself in a long line of people.

“You couldn’t move without bumping into someone, the bank was that full. At one point, people were real getting on. A staff member said when they tried to log into the system this morning, they couldn’t, so now they are doing what they can (manually).

The problem was resolved by 4 pm and service restored across the network and all channels.

Its Not About Immigration But The Color Of Immigrants

Thu Aug 16 , 2018
By Felicia J. Persaud News Americas, MIAMI, FL, Fri. Aug. 17, 2018: Fellow Leo, Chris Cuomo, spent two nights last week during his ‘Closing Argument’ segment on ‘Cuomo Prime Time,’ speaking to the strength of immigration and diversity in America and sharing his own family’s immigrant story. He, like many, […]