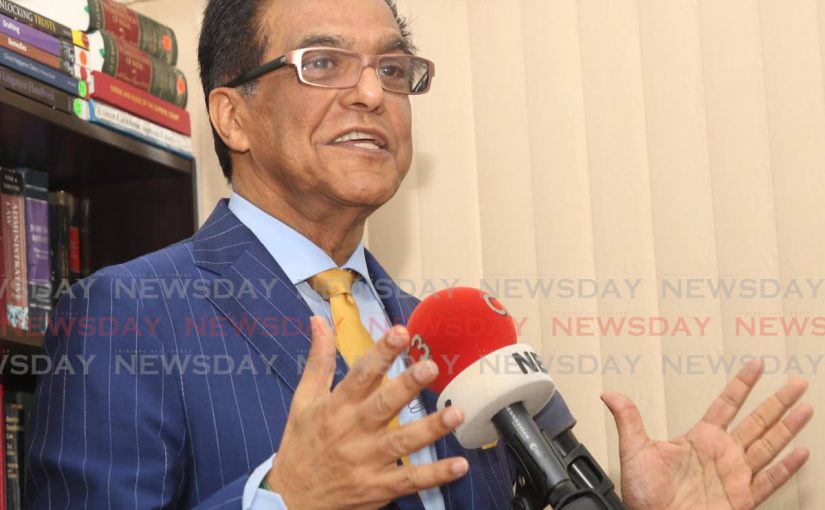 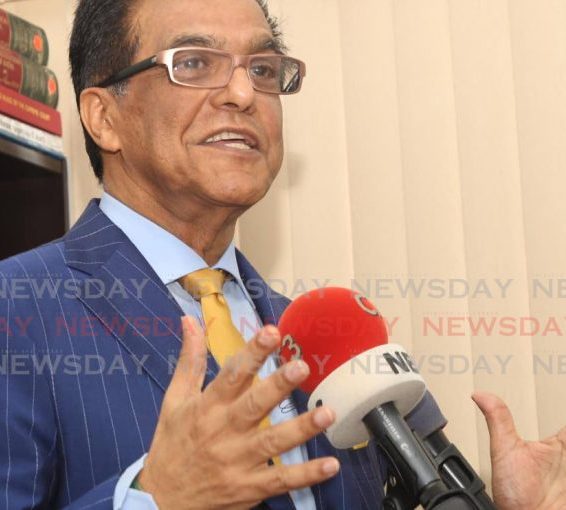 ATTORNEY Ramesh Lawrence Maharaj says that politicians must take stock of themselves and their conduct, adding that external political pressure may have led to Petrotrin to terminate contracts to A&V Oil and Gas Ltd.

“It maybe they were under pressure to what was happening outside in the politics. That is why it is important for politicians to talk the truth,” Maharaj said during a virtual news conference he held on Tuesday.

Trinidad Petroleum Holdings Co Ltd (TPHL) in which the assets of Petrotrin were vested, announced a settlement which ended the arbitration dispute with A&V, and avoided the potential payment of billions to A&V as awarded by an arbitration panel for wrongful termination.

As part of the settlement, A&V was given the all-clear to drill for oil, with a ten-year production sharing contract from Heritage.

Maharaj said the Wilfred Espinet-led board at Petrotrin had failed his client – A&V CEO Nazim Hanif Baksh – by allegedly not giving him an opportunity to defend himself against allegations made by Opposition Leader Kamla Persad-Bissessar.

Maharaj said had Espinet listened, this issue could have been avoided. He said no experts hired by Petrotrin went into the field to investigate or obtain data independently, but instead relied on an internal audit report, which was not a final document, counter to the evidence which led to arbitration in A&V’s favour.

He said there was no fake oil scandal as Persad-Bissessar suggested, but rather fake allegations which continue to be made against A&V and the Prime Minister, who was identified as Baksh’s close personal friend.

Maharaj said the fake oil scandal brought into sharp focus the duty of parliamentarians and people in public life.

“The conduct of these parliamentarians in making defamatory allegations in spite of the findings of three judges who sat as arbitrators, brings into focus whether members of the Opposition are interested in giving the public the truth or are interested instead to spread untruths.”

Maharaj said certain MPs were fully aware that allegations they were making were false but made them anyway to try and score political points.

“Parliamentarians and people in public life are required to act at all times selflessly, which means they are required to be truthful in the performance of their roles and duties. They must act as leaders and actively promote principles of truth in whatever they do or say.

Political leaders and parliamentarians must set examples to the public in speaking the truth, because their behaviour and utterances could be adopted by our students who are in primary and secondary schools and who are future leaders of our country,” Maharaj said.