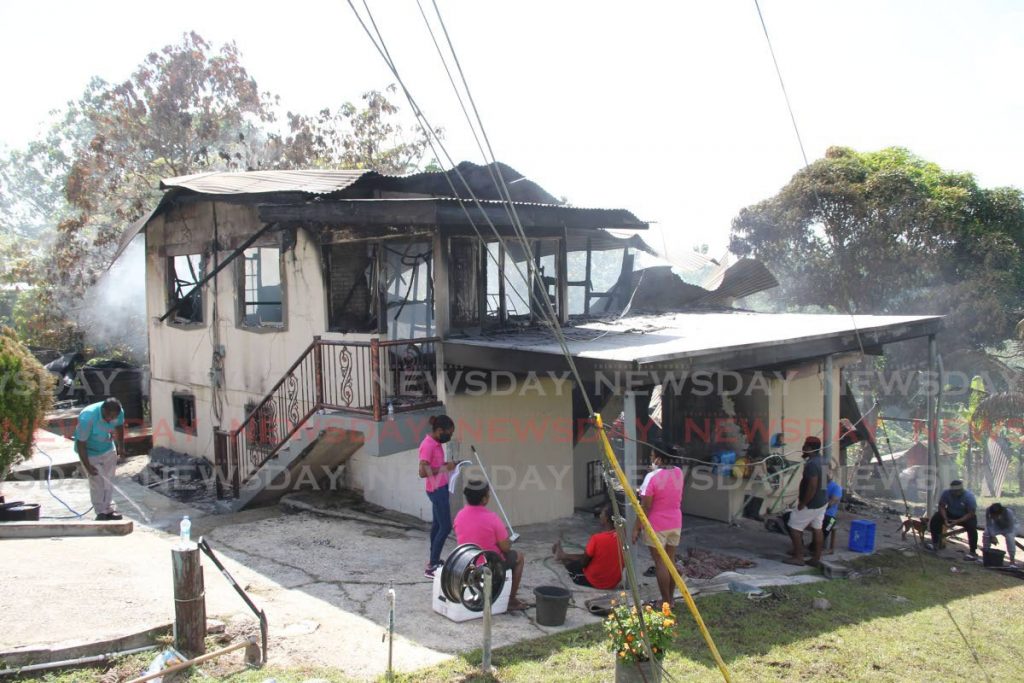 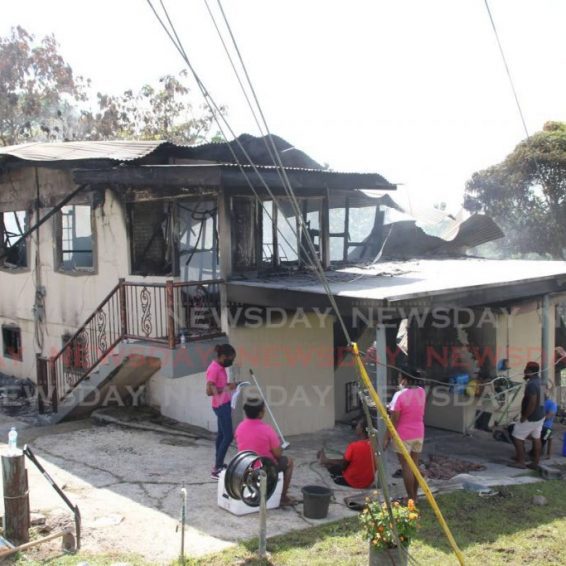 The aftermath of the fire. – Lincoln Holder

Quick-thinking Penal residents and an excavator prevented a fire from spreading and gutting a house on Thursday night.

A storage room at the back of the family home of Sunil Ramroop, 38, was completely destroyed.

At around 7 pm, a relative saw smoke and flames coming from an adjoining room that held tools, toys and other items. She alerted other relatives who, together with neighbours, immediately began to put out the fire at Old Clarke Road.

A man who lives nearby threw dirt on the flames using an excavator.

Ramroop said, “The dirt put it out. By the time the fire officers came, the fire was already contained.

“We do not know what caused the fire.”

The storage area of the home of Sunil Ramroop was destroyed by fire on Divali night along Old Clarke Road, Penal. – Lincoln Holder

Earlier in the evening, the family celebrated the Divali holiday together and lit deyas outside. Ramroop said there were no deyas near the now-destroyed room.

He and five other people, including his parents, live in the house.

Two washing machines and a dryer were partially burnt. Ramroop estimated the cost of the damage at $75,000.

He was happy the fire did not spread any further.

“We are thankful to God and the neighbours. People we did not even know stopped to help us,” Ramroop said.

An unrelated fire on Thursday morning at Garth Road in Princes Town left five people homeless. That family also thanked their neighbours for trying to put out the fire, which got out of control.

A fire destroyed a home along Garth Road, Princes Town leaving five people homeless on Divali day. The cause of the fire is yet to be determined. – Lincoln Holder