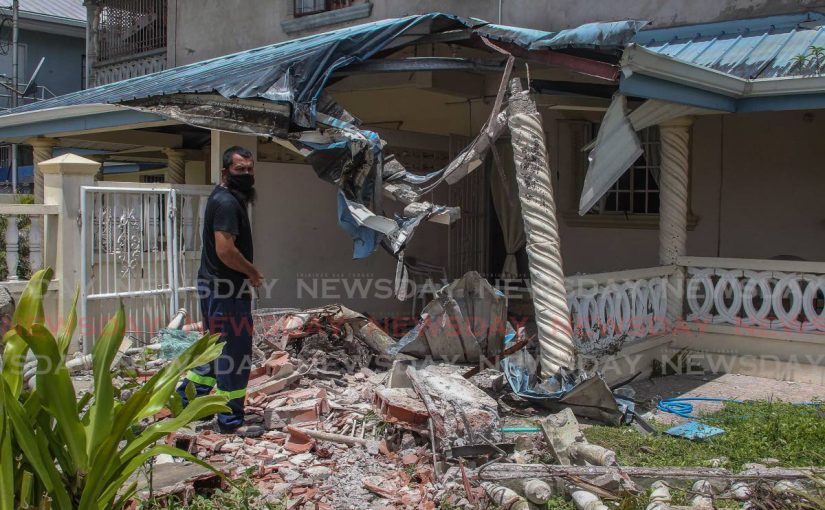 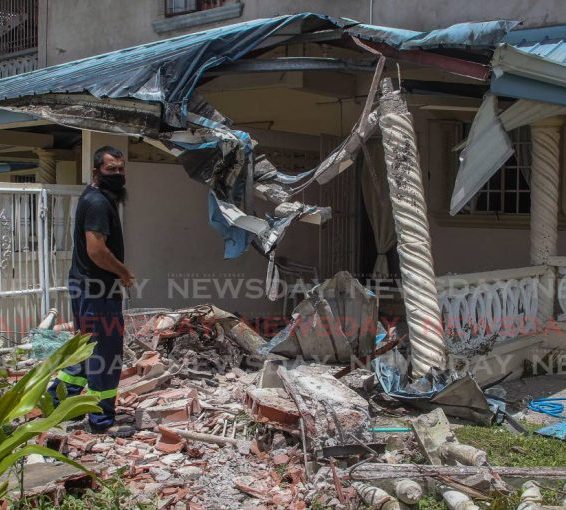 Amhad Ali walks towards the entrance of his apartment, where a PTSC bus crashed on Monday morning in Palmiste. Several passengers received minor injuries and were taken for medical treatment. – ROGER JACOB

CONTRACTORS from the Public Transport Service Corporation (PTSC) visited a Longdenville family on Tuesday, the day after the front of their house was badly damaged when a bus crashed into it.

The accident occurred at 8 am.

No one in the house was injured, but several passengers and the driver were taken to be treated for minor injuries.

When Newsday visited the family after the accident on Monday, the home’s owner Roston Kelly said he was grateful no one was seriously injured.

Contacted on Tuesday, Kelly said the PTSC sent contractors to survey the damage. There was no discussion on how or when repairs will be done. The PTSC is doing an internal investigation into the crash.