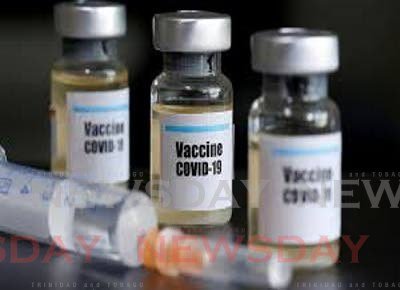 ACCUSING the Government of bullying tactics against workers, the PSA vowed to fight against any moves to furlough unvaccinated public workers, in a statement on Monday, after the Prime Minister said on Saturday that government workers must be vaccinated (unless presenting a medical letter).

A PSA statement, signed by first vice president Felisha Thomas, condemned Dr Rowley’s remarks as an “unfortunate, misguided and draconian” move to coerce workers to submit to the Government’s will and to violate their freedom of choice.

“The Government has disregarded the laws of our country which make the employer duty-bound to consultation with unions on matters impacting workers’ terms and conditions of employment and has also contravened the principles and practice of good industrial relations.”

“Surely the Government’s attempt to prevent workers from assuming their duties and withholding their salaries translates to fundamental changes in workers’ terms and conditions of employment, which in this regard, they (Government) should have known of their duty to meet and treat with the respective unions.”

The PSA chided Attorney General Faris Al-Rawi for saying he had consulted attorneys general “around the earth” on the constitutional, industrial relations and public health aspects of the issue.

“The AG found the time to consult around the earth but did not afford the workers of this country the opportunity to have their views represented through meaningful consultation with their unions on this critical matter which impacts their lives and livelihood.

“The actions of this Government seem tantamount to a continued attempt at bullying its way around its obligation to meet and treat with the respective unions and to circumvent this process through legislation.” The association said now was the time to prepare to do all required to defend workers’ jobs.

“Rest assured, members, the PSA will be acting swiftly on this threat placed on the jobs, livelihood and future of our members.

“We must send a clear message that says enough is enough and that we will not sit idly by and allow our futures to be destroyed and that which we worked hard for to be taken away from us.”