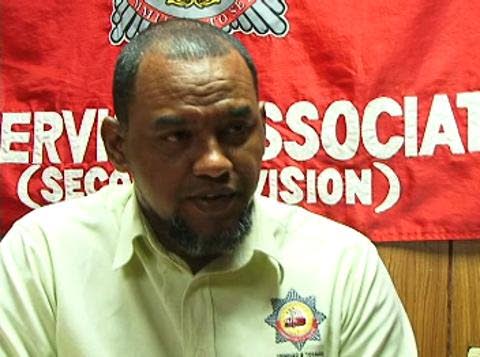 The pushback was led by two separate entities – the associations representing non-executive officers in the police, fire and prison services and by the Opposition United National Congress (UNC).

The Joint Trade Union Movement (Jtum) has scheduled a virtual meeting for Monday morning to state its position on the issue.

In the first instance, the heads of the associations representing police, prison and fire officers held on emergency meeting on Sunday and later issued a joint statement signed by the presidents of the Police Service Social and Welfare Association (Insp Gideon Dickson), the Prison Officers Association (Ceron Richards) and the Fire Service Association (Leo Ramkissoon), which was copied to Dr Rowley.

In the second instance, the UNC held a press conference at which both Opposition Senator Anil Roberts and former health minister Dr Tim Gopeesingh promised legal action if and when the State imposes mandatory vaccination on public servants.

A letter, a copy of which was forwarded to Newsday, said the emergency meeting by the heads of police, prison and fire associations was held to address Rowley’s announcements regarding mandatory vaccination of all Government workers.

The letter was clear that the three associations are not in support of this Government mandate.

The PM also said on Saturday that necessary amendments to the law will be made in order to give legal effect to mandatory vaccinations for public servants and that when these amendments reach the Parliament, no special majority (Opposition support) is needed to push them through.

The letter from the three associations said that when discussions were completed, the following positions were agreed upon:

* That the varying of terms and conditions of employment without consultation is illegal and goes against all established Industrial Relations practices and laws, as articulated by President of the Industrial Court, Mrs Deborah Thomas-Felix.

* Every person has a constitutional right to the enjoyment of property and for workers, this means their salaries. (The letter stated that the PM’s announcement threatens to violate those rights, “which we utterly reject.”)

* The Government’s action of imposition of a “quasi safe zone” work environment is deemed discriminatory against the Protective Services, “given our daily functions with the general public and prisoners, who are not conditioned to such mandates.”

* The Government must make an official pronouncement on workers’ concerns over claims of liabilities for adverse reactions associated to the vaccination.

The letter said that the protective services and by extension the essential services have been steadfast in their duties during the pandemic, while other public officers enjoyed the luxury of being at home while at the same time, being deemed to be at work and on the clock.

The letter urged Government to take immediate steps to appropriately compensate these workers in the protective and essential services.

“Collectively, as the bargaining bodies for members of the Protective Services, we will continue to defend the interest of our members and have always sought consultation with the Prime Minister, the Minister of National Security and the Government.

“Nevertheless, we will not allow our members constitutional rights to be trampled upon.”

During the press conference on Saturday, information was provided by the Prime Minister which showed the public sector and state enterprises had 95,490 workers – including police officers, fire officers and prison officers.

A breakdown of the data showed that the National Security arm of the public service had the lowest vaccination rates of between 20-49 per cent.

While the UNC and the Police, Prison and Fire service associations have stated their opposition to the mandatory vaccination of all public servants, both the TT Chamber and the Energy Chamber, in separate press releases on Sunday, have stout support to the Government’s position.