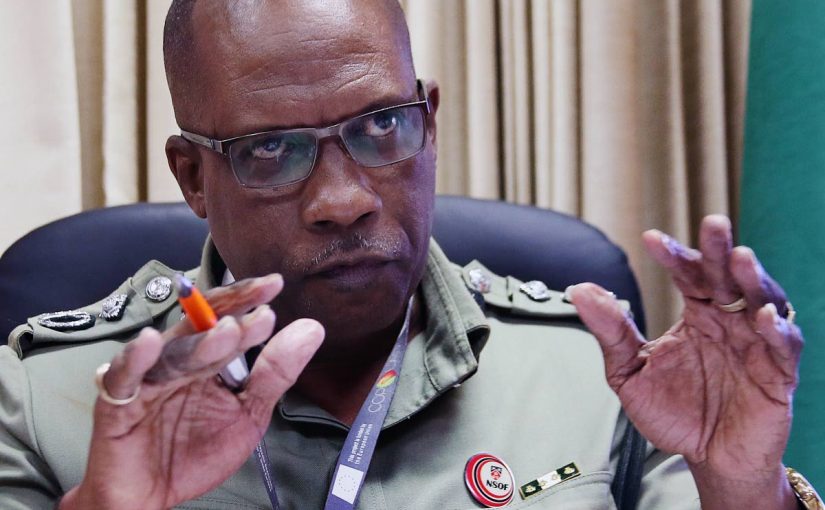 COMMISSIONER of Prisons Gerard Wilson yesterday confirmed that additional measures are on the way to the nation’s prisons to ensure that inmates are better supervised and to limit the flow of contraband from outside the prison.

According to a media release issued yesterday, Wilson said two videos were brought to his attention which were circulating on social media, in which prisoners were seen celebrating and displaying restricted items including a quantity of a “plant-like substance.”

The release said that while the first video was confirmed by prison investigators as having been in circulation for over two years. Officers of the High Risk Management Unit of the prison service were able to identify the inmate in the second video, who was charged and the items confiscated.

Wilson said while he was satisfied with the swift response of the officers in the matter, stopping the flow of illegal items into the prison is on ongoing challenge and lamented the lack of supervision paid to inmates by guards.

“Measures are being put in place which would see Officers being held accountable for their inactions. Whilst we are aware that there are serious challenges in the effective performance of our duties, we must always be mindful that our first and foremost tasks are supervision of inmates and maintenance of security. Videos of this nature are a direct embarrassment to the organization and questions the integrity of all Officers”

Wed Aug 1 , 2018
News Americas, MEXICO CITY, Mexico, Thurs. Aug. 2, 2018: “A Miracle Of God” is how many are referring to the fact that all 103 passengers and crew on board an Aeroméxico flight that crashed Tuesday in the capital of Mexico’s Durango state have survived. Most of the passengers were able […]