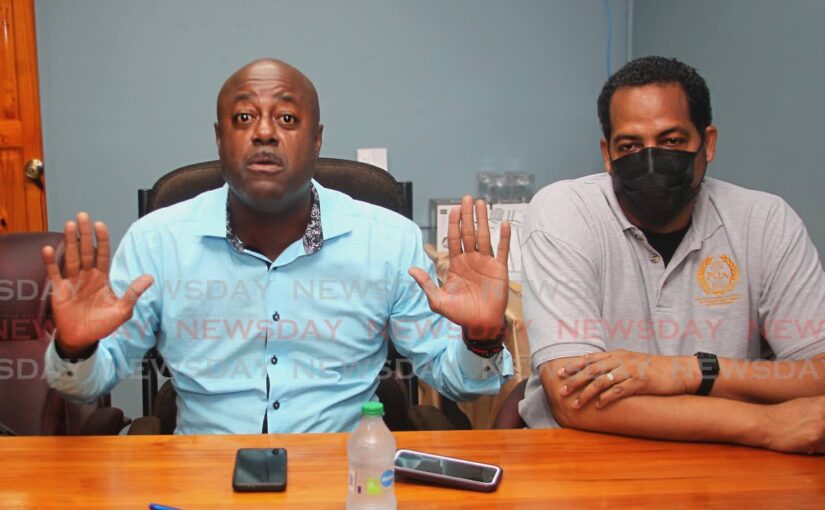 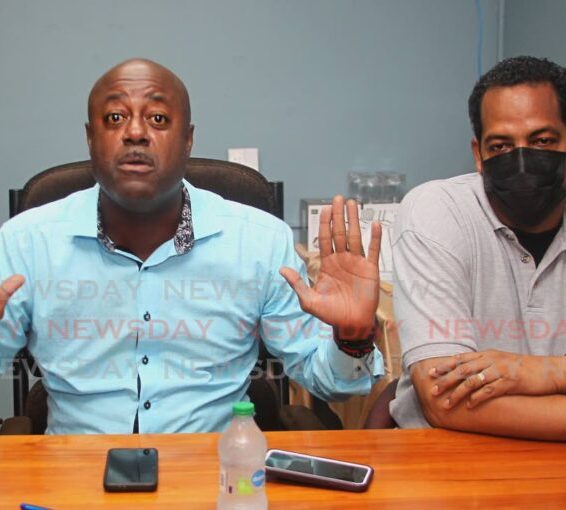 Following the murders of two prison officers within a few days of each other, the president of the Prison Officers Association (POA) Ceron Richards has called for a meeting with the Prime Minister.

Richards was speaking during a press conference at the association’s office in Arouca.

General secretary of the association Lester Walcott has said prison officers are refusing to work in the Wayne Jackson Building (building 13) at the Maximum Security Prison in Arouca as inmates have threatened 13 more killings before Christmas unless they are moved from building 13.

He said inmates were promising to kill an officer a week.

Prison officer Trevor Serette was killed on Friday at his fruit stall in Valencia and prison officer Nigel Jones was gunned down in front of his daughter at the Fyzabad taxi stand in Siparia on Monday. Both officers worked in building 13.

The Wayne Jackson Building, named after a senior prisons officer murdered outside his home in 2018, is used to house the country’s most high-profile inmates.

“Officers have expressed they are not going in building 13 and we agree with them,” said Richards. “We are in absolute agreement with whatever action they take.”

Richards demanded a meeting with Dr Rowley to discuss recommendations to protect prison officers which, he said, they have been trying to have implemented for years.

“If the Prime Minister is responsible (and) empathetic, he will meet with the Prison Service. Officers are being gunned down with impunity in the streets of TT.

Richards said the murder of prison officers had been a prevailing issue for years, adding there was a lack of respect for law enforcement in the country.

“The Wayne Jackson Building has been at the centre of numerous controversies. Both inmates and officers have complained about that division.

“The way things are being operated in that building has to be revisited. Officers are losing their lives as a direct result of performing their duties there.”

He said there were on average 70 inmates and 100 rotating officers on various shifts working in the building.

Richards said the Ministry of National Security had failed prison officers over the years and they no longer had faith in the ministry.

He said they were not satisfied with the State’s response over the years to killings of prison officers.

“This is an attack on our State, not just an attack on a human being. No one in the ministry seems to have the wherewithal to deal with it.

Richards said the association would bring all its recommendations made over the years to Rowley but would not tell the media the details of those recommendations.

“I want to go to the Prime Minister with clean hands. We are not waging a war on the Prime Minister at all, and I want that to be very clear. We are pleading with (him) to meet with us. He is the highest security official in the land.

“This needs the attention of the Prime Minister as Chairman of the National Security Council.”

He said prison officers were now interested in getting results, not just mere communication.

“We are dying in the streets of TT. We want meaningful dialogue, we want implementations, (and) we want this situation to be arrested.

Prisons Commissioner Dennis Pulchan, in a brief phone interview with Newsday on Tuesday, said there are still officers working in building 13.

“There are still officers working, standing up and taking threats daily. They are threatened by the same inmates they are giving food to…(but) somebody needs to feed them.”

He said, “I am aware of the threats against the officers, and they have shot two. All this because inmates in that building want to have their own way and officers are standing up against them. They are dying for doing their jobs.”

He said the Ministry of National Security is giving “serious attention” to the threats and steps were being taken to prevent any further deaths.

“We are doing all we can. We are also telling officers of the importance of being safe and not making themselves targets.

“Some of these inmates are notorious. These are serious inmates but, at the end of the day, prison officers have to do their job and maintain security. It is not an easy task. If these people leave the borders of the prison, there will be chaos in society.”

Speaking at a National Security Ministry media conference on Tuesday, DCP Mc Donald Jacob said nine men have been arrested in relation to the shooting deaths of the two prison officers following a police exercise in Carapo on Tuesday.

“Presently (sic), our investigators from the Homicide Bureau of Investigations with support of officers in the Northern Division is doing what is required to assist us to try to solve these heinous crimes.”

Jacob said over 100 people from the police and Defence Force with the assistance of the Prison Service Tactical Team conducted the exercise which began at 4 am on Tuesday.

He said it was too early to say whether the murders of the two officers were linked to an incident that took place at the building earlier this year.

In July, inmates set fire to mattresses and locked themselves in their cells in defiance of prison officers who tried to relocate them.

A month later the cells were searched, and prison officers were threatened. During the search, cell phones, chargers, cigarettes, electric shavers, marijuana, wrapping paper, and lighters were seized.

At the same press conference on Tuesday, National Security Minister Fitzgerald Hinds was asked what his ministry would do to address concerns of prison officers.

He replied, “As minister, I rely entirely on the professionals for technical solutions to issues. They know they have my support. They know I have an open ear. And if they need any resources, that’s my responsibility.”

He added that there was” tremendous cross-border and cross-agency collaboration” that would be used to assist the prisons officers.

“Only recently, a memorandum of understanding was signed out of a programme that the Prison Service and the Police Service participated in. So I am aware that there is collaboration efforts between prison officers, police and Defence Force.”

Richards said there were no words to describe how prison officers were feeling with the loss of their colleagues.

“It is difficult for me to find the words to sufficiently paint a picture of the mindset of officers at this time but what I can tell you is officers are not in a good psychological place. As a matter of fact, the entire prison service is in mourning at this time.”

A video of Jones’ murder began circulating on social media on Monday. The footage depicts a vehicle approaching Jones, who was holding his daughter’s hand, at the Fyzabad taxi stand. The occupants of the vehicle opened fire on Jones in front of his daughter who ran away screaming before a passer-by stopped and comforted her until relatives arrived.

Richards said, “That is one of the most traumatic things TT has ever seen. That child didn’t know what to do. She’s old enough to understand and remember distinctively what happened. It will stick. What is even more troubling is the State is allowing it to continue.

“Words cannot express in any way what I think prison officers should do but I will say this: Any action prison officers take this association is in absolute solidarity. Wherever the pendulum swings, we are in solidarity with them.”

Walcott said he reached out to a few family members of both victims, particularly Jones’ family, and a clinical psychologist also reached out to the association to provide services for Jones’ daughter.