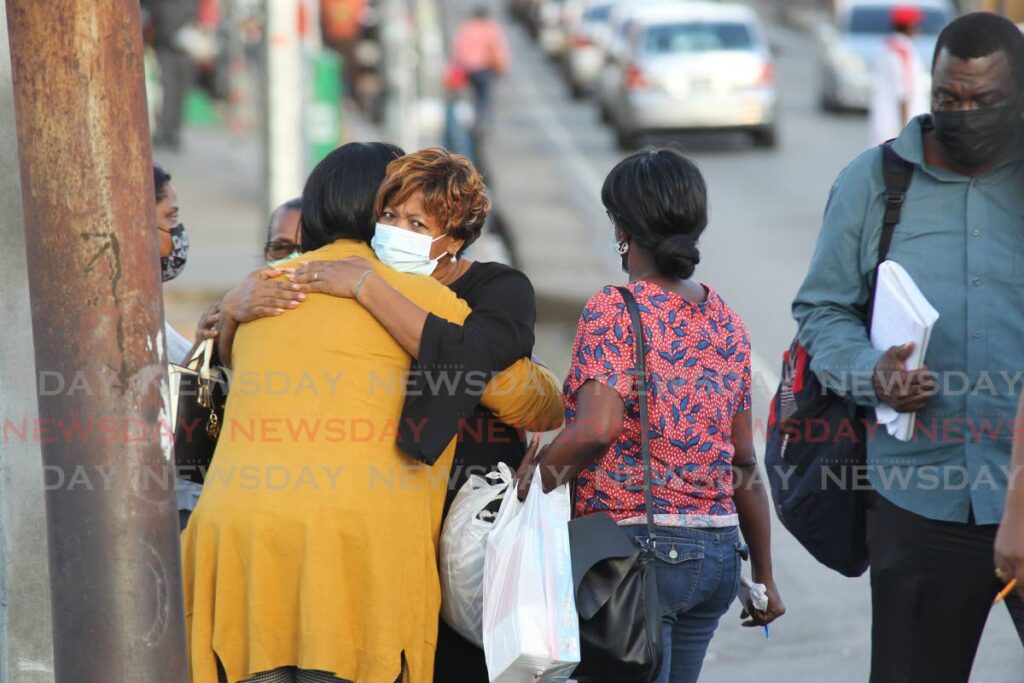 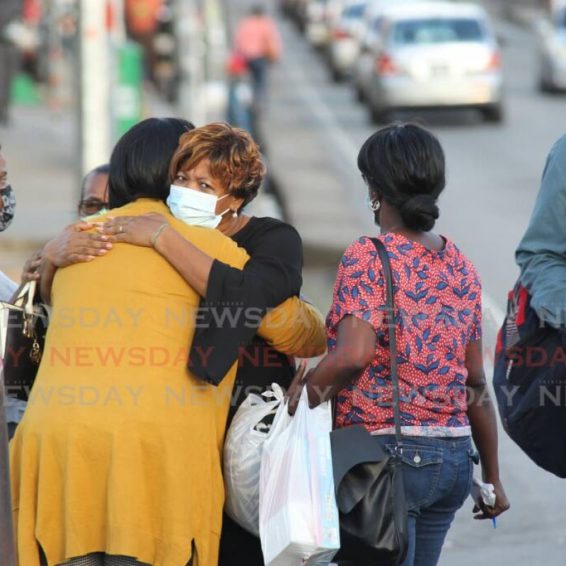 Undertakers remove the body of prisons officer Nigel Jones who was shot and killed while waiting for a taxi on the corner of Siparia Old Road and High Street, Siparia, on Monday. – Lincoln Holder

The drive-by shooting death of a prison officer happened so fast that he did not get a chance to draw his licensed gun.

Nigel Michael Jones, 38, of Ruby Roberts Lane, Fyzabad, died on the spot at the Fyzabad taxi stand in Siparia.

His six-year-old daughter, who was standing with him, was uninjured. She ran off screaming, and a passerby comforted her until relatives arrived and took her away.

Investigators confirmed that the gun was in police custody.

Reports are Jones and his daughter were standing at the stand at the corner of High Street and Siparia Old Road, Siparia, at around 3 pm when a car pulled up next to them.

Occupants fired several shots at him from the car. No one got out, and the driver drove off towards the Siparia Old Road after the killing.

The father and daughter had gone shopping and were waiting on a car to return home.

Next to Jones’ body were two plastic bags of what appeared to be toys and books.

Police said Jones had four years of service and was last posted at the Wayne Jackson Building, Maximum Security Prison in Arouca.

On the latest murder, Prisons Commissioner Dennis Pulchan referred to it as an attack on the country and law enforcement officers.

“I think there are coward murderers out there that need to be stopped. They cannot be killing hard-working officers who came out here to do a job. These people (slain prison officers) are young men who are married and have children,” Pulchan said by phone.

“He was a good officer. He was a loved officer.”

Family members console each other at the scene of the shooting death of prison officer Nigel Jones on the corner of Siparia Old Road and High Street, Siparia, on Monday. – Lincoln Holder

Pulchan said he was unhappy with the attacks on prison officers.

“I care for all of my officers. They do a fantastic job in taking care of the inmates, some of whom have tried to murder them.”

“Yet they are killing our officers.”

Asked to comment on speculations that inmates might be the masterminds behind the attacks on prisons officers, he replied: “Law enforcement officers have to conduct investigations and come up with charges.”