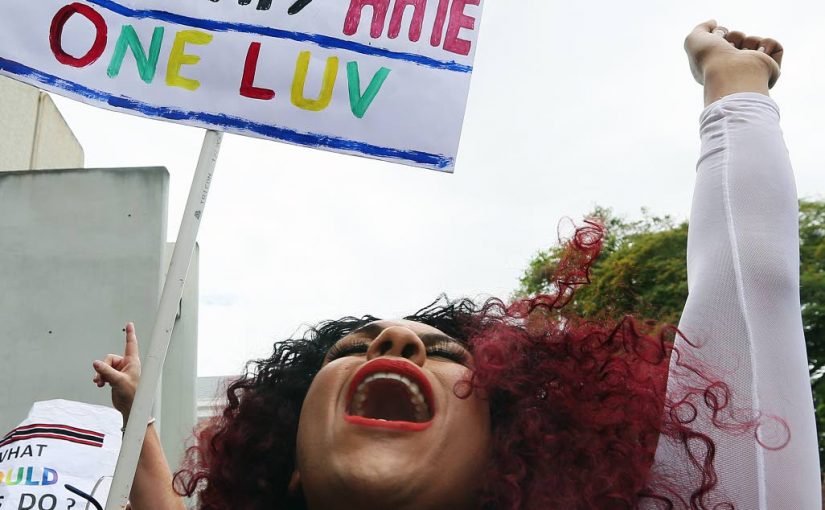 Choosing Fort George in St James as one of the locations for the Pride flagraising was symbolic of promoting peace and acceptance within the LGBTQI community.

Amani Bowrin and his friend Avionne Shaw trekked all the way up to Fort George to wittness the raising of the multi-coloured flag that was a symbol of the community.

No matter it was attended by just five people, Bowrin felt the fort was appropriate to acknowledge the community’s own choices.

Flags were also raised in San Fernando and Calvary, Arima. It was the beginning of a five-week long Pride Month, from June 22 to July 29.