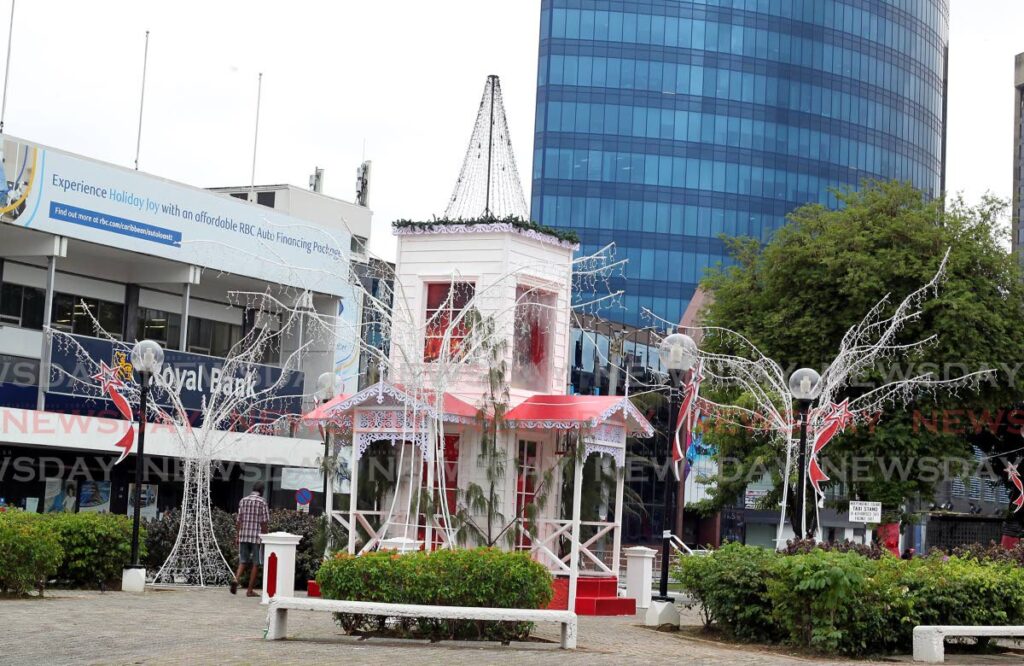 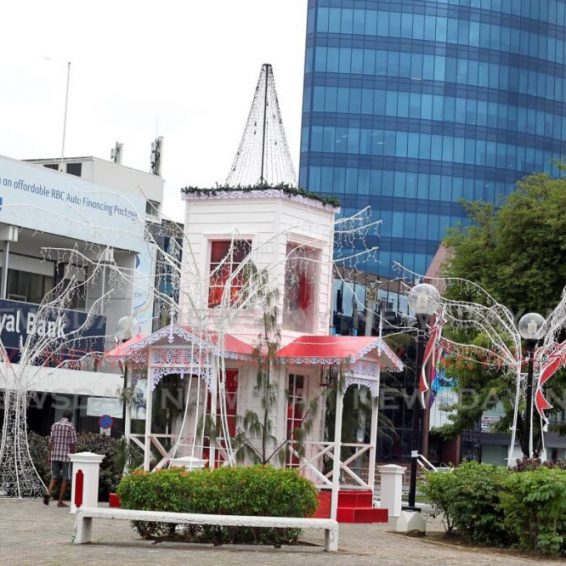 News
A homeless man speaks with Newsday from his pavement home in Port of Spain on Sunday. PHOTO BY AYANNA KINSALE –

THE Brian Lara Promenade, like several other public spaces in the nation’s capital, has been transformed with colourful decorations and bright lights to mark the festive Yuletide Season.

But in sharp contrast to this, on Sunday, was a line of homeless people sitting or lying down on the pavement opposite the promenade outside a commercial bank.

Elsewhere in Port of Spain, the homeless were out and about including at the National Library (Nalis), along the pavements off Frederick Street, Charlotte Street and other streets.

Several people called Newsday’s Pembroke Street newsroom to point out that amid the bright and colourful decorations, the homeless – some wearing rags and others mumbling incoherently – were out and about. The callers asked if anything can be done about the homeless. Newsday sought to find out.

MAYOR: THEY HAVE
TO MOVE ALONG

Contacted for a comment, mayor Joel Martinez said that everything possible has been done and is being done to provide some kind of safe and decent accommodation for these people so that they won’t have to resort to living on the pavement or in parks and other such spaces.

However, in order to deal with the “unsightliness” of socially-displaced people lining the streets, he has reached out to the Municipal Police to enforce the “move along” policy.

In simple terms, the “move along” policy is part of the Municipal Police’s anti-crime plan for Port of Spain, which gives the police the right to order homeless people on the streets to go to a shelter or find another place to sleep.

HOME ON THE PAVEMENT: Homeless people line a pavement outside a bank on Sunday on Independence Square not far from bright and colourful Christmas decorations on the Brian Lara Promenade. PHOTO BY AYANNA KINSALE –

“I saw pictures of the people on the streets and I forwarded it to our superintendent of police. Part of their anti-crime programme is that they would address the move along policy at Independence Square and other areas where they (the homeless) are located.

“What I am seeing is a proliferation of homeless people coming out in larger numbers and making the place look unsightly,” Martinez said.

“I understand the plight of the homeless, but they can’t be in the middle of Port of Spain lying down on the pavement,” he added. “It is an eyesore and it presents a very bad image for our city.”

Martinez said it was a difficult thing to balance the needs of the people of the city and those of the homeless.

“The citizens of Port of Spain also use the pavements. The Mayor’s office is trying to be as humane as possible in dealing with this and we are working with the Ministry of Social Development and the Homeless Assistance Office to ensure that we find the best solution for all involved,” he said.

The homeless are usually seen all day on Saturday and Sunday or on public holidays when businesses tend to be closed. During business hours Monday to Friday, they disappear, only to return at dusk when shops and banks close for the day. The pavement is their home for the night until morning comes.

Newsday spoke to some of the socially displaced people who were lying down on the pavement outside a bank off Independence Square near Broadway.

The reasons for being out on the pavement were varied. Some said they were put out of their homes after disputes with relatives while others said they are battling evil spirits.

A man who said his name is Kerwin Darryl Daniel said he grew up in an orphanage in Tacarigua and has a place to stay in Point Fortin. However, he said he comes to Port of Spain where he usually gets assistance.

Bright red cloth covers the trunks of trees on the Brian Lara Promenade as part of Christmas decorations. PHOTO BY SUREASH CHOLAI –

“I come here to lime and sleep and so on. If I get help I will take it. I would take any help I can get now,” Daniel said.

He however was against the idea of seeking help at the home. He said “certain things” he saw at the home made him reluctant to stay there.

Another person, Remy Brewster, said he suffers with diabetes, asthma, arthritis and hypertension. He said he takes residence in the streets “off and on.” He did not mention where he lives but said “issues at home” were what forced him to leave and live on the streets.

“Where I live, I can’t sleep when the night come. I sleep with one other person in the same room and his head…it ain’t so good.”

Asked if he ever attempted to sleep in one of the rooms at Riverside Plaza, Brewster said, “I can’t make it there.”

A man who said his name is Anand claimed he was put out of his mother’s house by relatives after she died.

Anand who said he suffers with seizures added he is hoping his friend Vidya Ramlogan, who is also homeless, can help with lodgings since he (Ramlogan) is trying to get the use of a room at the home of one of his relatives.

“They took everything from me. Everything was in my brother’s name and when my mother died they put me out on the street. I have nowhere to go,” Anand claimed.

XMAS IN THE AIR: Bright Christmas decorations along the Brian Lara Promenade in Port of Spain. PHOTO BY ROGER JACOB –

Kathleen Veronica Ayers said she was a designer and artist who worked in a sewing factory in San Fernando. She said after being afflicted by spiritual attacks her life spiralled out of control and she now calls the streets home.

A passer-by who claimed to know Ayers, said what she was saying is true.

“She needs spiritual help,” the passer-by said. “Because of the quality of her work people got jealous and set her so. She has family and other people have tried to get her out of the situation she is in, but a demon is working evil on her,” said the passer-by.