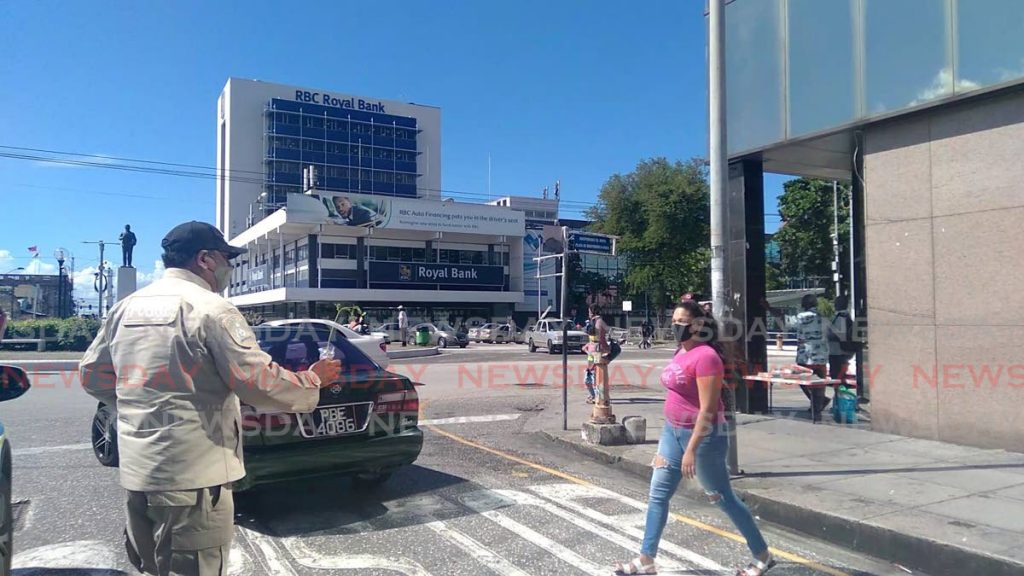 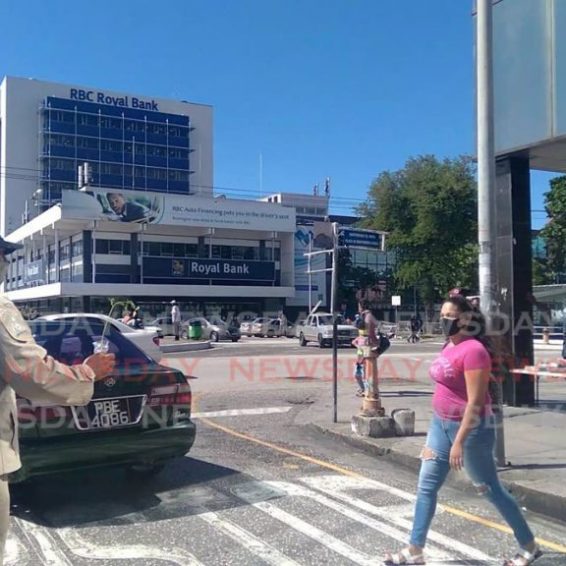 Port of Spain cops distribute plants to the public

Cpl Mohan of the Central Police Station, left, gives a plant to a driver on Frederick Street, Port of Spain on Saturday morning.
The initiative which was led by Insp Ramesh Soodeen seeks to encourage citizens to take an interest in agriculture while strengthening ties with the community. – Photo by Shane Superville

Port of Spain Division police are encouraging citizens to use their time productively and take an interest in agriculture as they distributed fruit and vegetable plants in downtown on Saturday.

The officers who came from the Central Police Station and the Port of Spain CID distributed over 3,000 plants to passers by and drivers in lower Frederick Street.

Speaking with Newsday at the distribution, Insp Ramesh Sooden said he was happy to be part of the initiative and hoped it would strengthen ties with the community while promoting agriculture.

“We want to get back that relationship with the community. We don’t want them to see us as their enemies.

“They have to understand we’re not just about locking up people and arresting them. We want people to know we understand what they’re going through under the stressful situations of the pandemic with money being low.

“These plants can be a stress reliever just to plant. You can teach your children something about agriculture, promote agriculture, we heard the Minister of Finance promoting agriculture for the budget so we want to encourage that also.”

Insp Ramesh Soodeen of the Central Police Station gives a plant to a passer by on lower Frederick Street, Port of Spain, on Saturday morning.
The gesture was done to encourage citizens to get involved in agriculture while strengthening ties with the community. – Photo by Shane Superville

Soodeen said the distribution would not be a one-off incident as other initiatives are underway to improve community policing.

The exercise was organised by ACP Gaffar, Snr Supt Nobbee, ASP Cumberbatch and Insp Jawahir of the Port of Spain Division.