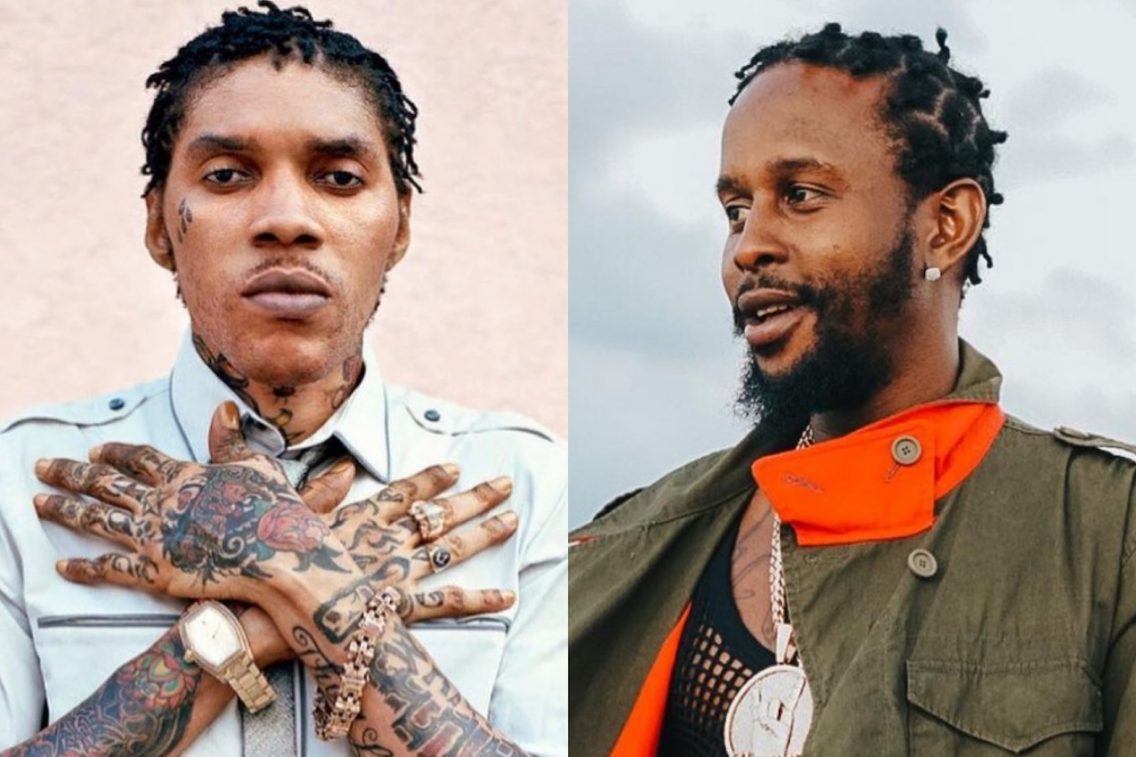 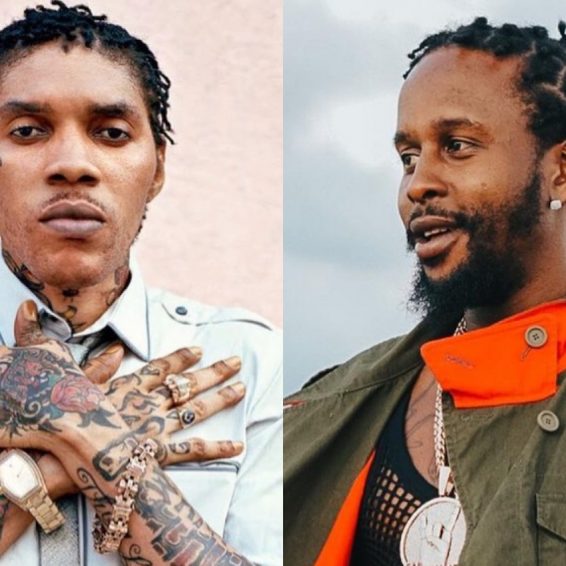 Popcaan has reacted to new reports alleging Vybz Kartel ordered gang members to assassinate an “entertainer” and fans linking him to it.

Although the second witness, an ex-member of the dangerous Klansman Gang, has not named the artiste Vybz Kartel allegedly ordered a hit on, fans have made their mathematics result and are tagging Popcaan in the news. On Tuesday, the witness dropped a bombshell that Kartel, who is presently incarcerated in jail, made the order via a phone call from prison to the gangsters known for contract killings, murder, extortion, and other crimes in the Spanish Town and wider St. Catherine area.

Vybz Kartel, whose real name is Adidja Palmer, is from Portmore, where his self-proclaimed Gaza Empire is located. Interestingly, his family and even Kartel reside in the safe uptown area of Kingston, where crime isn’t as rampant.

The naming of Kartel by the witness was a bombshell for many, but yet it wasn’t news for some as Jamaican YouTuber Sir P had broken the news almost a year ago that Kartel had allegedly sent a hit squad to murder Popcaan on Hellshire road in 2016 as he was returning from a stage show in Portmore. Sir P, whose identity remains unknown, has been outed by Kartel on YouTube as a former soldier, but no one knows who he is.

Fans of Popcaan, however, have been bombarding the artiste with comments and posts about the report from the witness, and it seems that Popcaan has had enough and doesn’t want to be tagged in the reports.

Previously, Kartel had laughed off the allegations made by Sir P. With the witness now repeating similar details, it seems fans believe that there is some credibility to the naming of Kartel and the rumor that he wanted to kill Popcaan.

The Unruly Boss had also reposted Kartel’s joking denial about wanting Popcaan dead, and it seems that Popcaan continues to be loyal to the Worl’Boss, at least publicly.

On Wednesday morning, Kartel was heavily trending on Twitter as users on the popular app dissected the witness’ statement.

Among the other information that the witness divulged was that Kartel had ordered three hits, one of them being Popcaan.

The witness said of the three hits, two of those persons were killed in a double murder in Waterford, St Catherine.

One particular verse has been referenced on social media-“….Suss get the call, ‘hey Suss don’t heng up till me hear a man screams everything well up.”

It seems that the man referenced by Kartel is the same one that the ex-member of Klansman now turned state witness identified as the one who took the call ordering the hits.

During his testimony, the witness was identifying gang member Jahzeel Blake known in the gang as “Squeeze Eye,” who he says along with himself and other members of the gang, had attended upon McKinley Crescent in Kingston on the instructions of accused gang leader Andre “Blackman” Bryan.

The witness says that the reason for the gangsters being at that location was because “Blackman sent mi there to ensure a music video was shot.” It was a Kartel video, “Buck Up Inna.”

Vybz Kartel has not responded to the latest allegations.

Social media users reacted to the news by mentioning past allegations against the artiste, such as the former Commissioner of Police, Owen Ellington, saying in 2014 that Vybz Kartel was leading a gang that has committed more than 100 murders.

At the time, Ellington said, “we have been telling the country this for a very long time. And everytime we move against this gang we were criticized, we were condemned and we were accused of being malicious.”

Others also rehashed the old allegation against Vybz Kartel made by his former business partner Corey Todd.

In 2011, the men parted ways with Todd claiming that Kartel had threatened his life. Todd had told the Jamaica Star that the men had worked well for four years and “I have been trying to make this man an icon, now he is trying to dictate to me what needs to be done and if I don’t he is going to kill me.”

Vybz Kartel had denied those claims, and later when Todd’s wife was shot in 2018, he denied any involvement in the shooting and accident. Todd’s wife survived the attack.

Meanwhile, the trial of the One Don faction of the Klansman Gang sees thirty-three members, including reputed leader Andre ‘Blackman’ Bryan, being tried on a 25-count indictment under the Criminal Justice (Suppression of Criminal Organizations) Act and the Firearms Act.