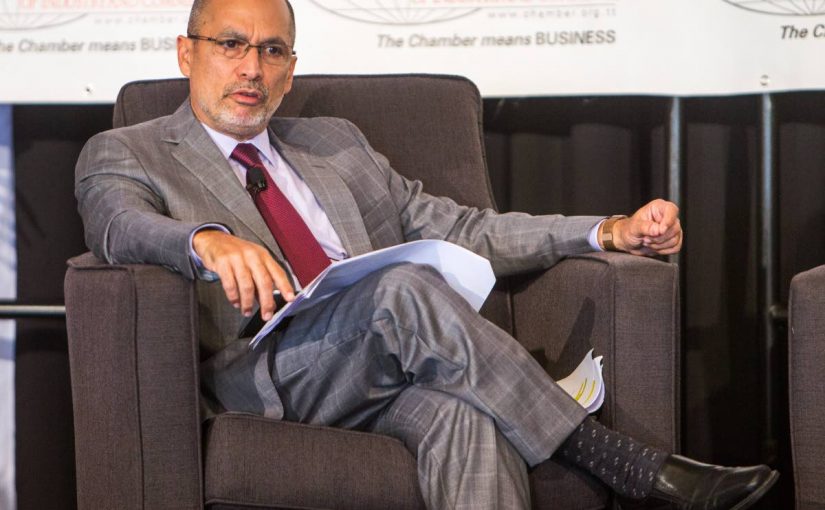 For businesses, this does very little to inspire confidence.

“Whenever we talk about crime, meetings go completely out of control because it’s so personal since so many of our people have been affected, either them or their families or their businesses and employees. For our members, the biggest concern expressed to me is how they can keep their customers and employees safe,” Gabriel Faria, CEO of the TT Chamber of Industry and Commerce told Business Day.

One of the biggest hindrances he and other businessmen see is the politicisation of crime. Since February, the House of Representatives has been debating the candidacy of a police commissioner. Three candidates were rejected on the grounds that the selection process was flawed. On Monday, the fourth and final candidate, former minister of national security Gary Griffith, was approved, though not without controversy as the entire Opposition bench — many of whom had been his Cabinet colleagues — abstained from the vote on principle to protest that flawed process. Meanwhile, all government MPs gave Griffith their full support, despite previous political antipathy.

“When we watch the news we hope each of the political parties will stop grandstanding and help people feel safe. Sometimes I feel what’s been happening in the political domain is less about us as a country, less about us as businesses and more about how many points they can score in the media,” Faria said. It must concern everyone in TT that the country has been trying to find a CoP for so many years, he said, and it reflects badly on the structure and system, clearly highlighting a need for public sector reform.

“It is imperative to find a solution for the framework to select a CoP because no one seems to have an idea of what the procedure should be. We need to have a commissioner in place and there needs to be some kind of predictability in the selection process because not having a commissioner is stymieing the ability to control crime,” Ramdeen said in an interview before Griffith’s confirmation.

And crime — or the perception of criminality — is a major deterrent, especially for attracting investment or encouraging reinvestment. “It’s proving difficult to do business here. You can’t have a night shift, security costs have increased and people are reluctant to invest or reinvest in their businesses. People are starting back to send their children away so that brain drain will no doubt have an impact on the economy in five or ten years. All of this is not conducive to business,” he said.

In the 2017-2018 edition of the World Economic Forum’s Global Competitive Index, TT was ranked 83 out of 137 countries. The fifth most problematic factor for doing business was crime and theft.

Faria said the chamber has scheduled a meeting with National Security Minister Edmund Dillon because businesses, especially high-turnover retail establishments, need “something more robust” to protect employees and customers, because they can’t have people afraid to come to their business places.

“I think we need to recognise people need to feel safe. As a consumer, I have recalibrated my activity to suit the current environment and I know businesses locally and internationally have looked at crime and said this is an issue,” Faria said.

In the main, crime is contained in certain areas, he said, but it’s expanding out. The triple murder in Chaguaramas last month, for example, happened on the boardwalk — not the normal zones people expect crime to happen, he said.

Security companies have, unsurprisingly, seen a demand for their services.

“If a criminal wants to commit a crime, we are a deterrent,” said Derek Chin, founder and owner of Telecom Security.

Chin’s challenge is finding good people to do the job, because people look down on security officer jobs. Successful candidates have to undergo a stringent training regimen, though, including training with policemen on how to handle firearms and equipment.

Despite it all, there still remains a hint of optimism. First of all, Faria believes political parties need to take a more bipartisan approach to crime because it doesn’t matter whoever wins elections, they have to serve the people.

“We’ve hit rock bottom, so we can’t go further than this. Whoever is in power needs to recognise we can’t continue down this road,” said Ramdeen. “It erodes confidence in the country. We have optimism that the economy is starting to turn around, so if we get a grip on crime we will be on the road to sustainable development.”

Welcome to the Garden

Thu Aug 2 , 2018
Sophie Charles, Amy Inglefield and Valentina Pollonais like cocktails. They also like to party. So, the next logical step, they thought, would be to combine the two. And just like that, The Garden Parties Company was born. Business Day spoke to the three Garden Party planners at their first event, […]