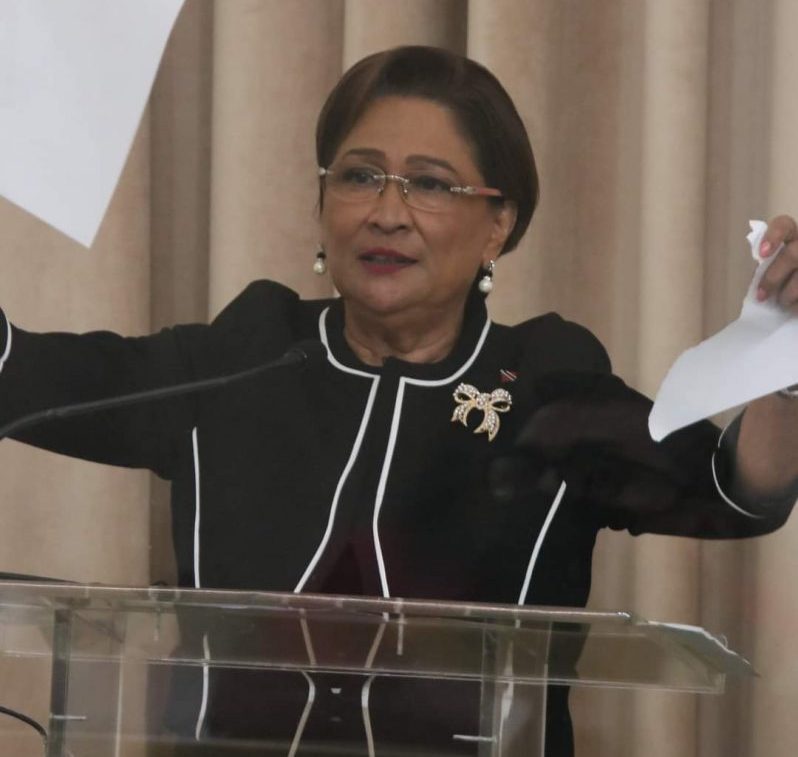 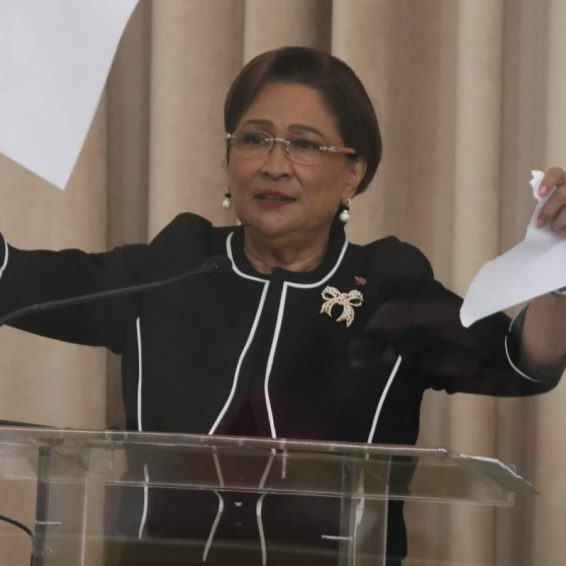 The meeting of the Electoral College.

Parliament was filled with verbal chaos, confusion and many disruptions on Thursday over the Leader of the Opposition’s motion to remove the President over the police commissioner/Police Service Commission crisis, under Section 36 of the Constitution.

It began during the extraordinary sitting of the House of Representatives where government MPs sat in silence while Opposition MPs challenged the Speaker, Bridgid Annisette-George, after she rejected claims from by UNC leader Kamla Persad-Bissessar that it was wrong for no debate to be allowed.

Several Opposition MPs interrupted and began to speak over Annisette-George, saying such a decision was a war on democracy.

Charging that their microphones were beng deliberately muted, MPs began shouting across the Parliament while thumping their desks.

This occurred throughout the sitting, then continued when the Electoral College – which comprises all members of the House of Representatives and the Senate – met.

In the end, the motion was defeated, with 24 votes for and 47 against. No one abstained from the vote.

The scenes in the House caused quite a stir among the viewing and listening public, with some politicians taking to social media to express their views.

Mickela Panday, Patriotic Front leader and daughter of UNC founder and former prime minister Basdeo Panday, took to Twitter, saying, “Maybe there should be an entry-level exam on the roles and responsibilities of Parliamentarians, parliamentary procedure and the Standing Orders. It might raise the standard in our Parliament.

“Our Parliament has been reduced to a fish market with members jostling for five minutes of infamy. Is this the example our representatives want to set for our youth looking on?”

Leader of the Movement for Social Justice (MSJ) David Abdulah said, “Does the UNC understand what they are doing? Their actions are seeking to dangerously divide the country. It is not about democracy. They are laying the basis for justifying why their motion will not succeed.

“This is a serious issue but I am reminded of Explainer’s Calypso – In Parliament they kicksin. The motion will be defeated and all of this is to create a different narrative. It’s not about the President any more.”

Journalists covering the Parliament’s proceedings via the live stream were left confused and unable to provide further updates in their live coverage owing to the continual shouting in the chamber.

Several people were speaking at the same time, so the audio was not clear.

Journalist Kejan Haynes tweeted, “I would like to tell you what’s going on but I have no clue. Mics are off, there’s shouting, nothing is clear. Not procedure, not purpose, not intent. Nothing.”

Fellow journalist Anselm Gibbs said, “Same here. Not much for me to tweet right now.”

Another user jokingly referred to the continual thumping of desks in the chamber, asking, “Is this the Parliament or an offbeat rhythym section to an Intercol match?”

Others said they longed for “the patience of Brigid Annisette-George.”

Communications Minister Symon de Nobriga tweeted, “Those with eyes will see and with ears will hear.”