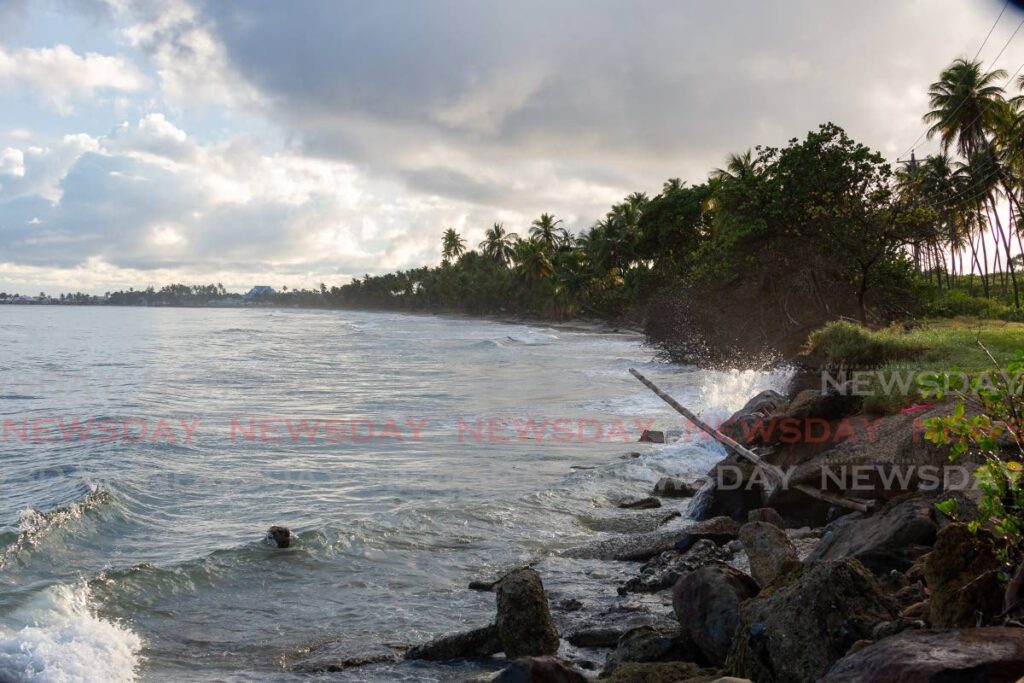 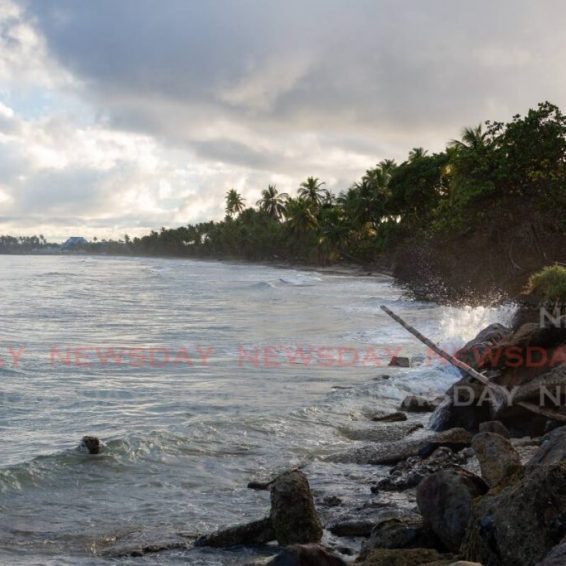 Amid the campaign for the December 6 polls, the People’s National Movement (PNM) and Progressive Democratic Patriots (PDP) have discussed plans to revive tourism and boost the economy, which has been badly affected by the covid19 pandemic.

Chief Secretary Ancil Dennis recently announced $50 million in relief for those whose revenue have been affected by covid19.

PDP leader Watson Duke has also offered his bag of goodies with a promise of an ex gratia payment for all THA workers before Christmas, if elected into power.

But while the pandemic has hit Tobagonians’ pockets owing to the restrictions taken to limit the spread of the virus, the impact of climate change could prove even more disastrous in the near future.

Earlier this month, world leaders were at COP26, a climate change conference, in Scotland discussing plans to reduce carbon emissions and limit global warming to 1.5 degrees Celsius, ideally, by 2030.

Warmer ocean temperatures have been fuelling storms which saw a record 30 named in the Atlantic in 2020.

The coastline at the Magdalena Grand Beach and Golf Resort, Lowlands has been affected by coastal erosion. PHOTO BY DAVID REID

The picturesque Pigeon Point has not been spared the effects of climate change, losing almost 25 feet of shoreline to coastal erosion over the last two decades.

She told Sunday Newsday, “I don’t think there is an understanding about the many ways in which climate change will affect our country – environmentally, economically and socially.”

Ganase said the livelihoods of many Tobagonians depend on healthy reefs, which are negatively affected by bad practices such as dumping detergents and other chemicals into rivers and the ocean. She said this deteriorates coastal water quality and causes coral disease outbreaks.

“We benefit from the significant biodiversity that lives on healthy reefs. This includes our fisheries; most of our seafood depends on coral reefs. Coral reefs provide coastal protection, especially in the low-lying south-west Tobago, and support our livelihoods which is heavily dependent on ocean tourism – 40 per cent of visitors come to Tobago for coral-reef related activities.”

Although TT’s carbon emissions are not high when the volume is considered, Ganase noted this country has “some of the highest emissions per capita in the world.”

Ganase said she was heartened to see the Prime Minister and other Caribbean leaders call for immediate action at COP26 in Glasgow but she remains worried.

“Change will happen; its pace that concerns me.

“Small island nations are among the most vulnerable to the impacts of climate change, so I’m glad to see representation and calls for action by our representatives. But we must mobilise and act urgently.”

Although funding is needed to address the issue of coastal erosion, Ganase said implementation of policies is equally important to guard against “any other activities that would add to the existing vulnerabilities.”

Ganase said a good place to start is the draft policy of the integrated coastal zone management policy (2020) and the draft plan for national protected areas.

“For Tobago as a small island, it is much more than the beaches, but all coastal areas, including the Buccoo Reef Marine Park that is the most popular destination and holds significant value to Tobagonians but also extremely vulnerable to climate change. Since 1970s when it was designated a protected area to now, no management plan has been implemented and there’s little supervision.”

Last year the THA adopted a Buccoo Marine Park user policy, outlining conditions for entering the maritime space and guidelines when there. Former fisheries secretary Hayden Spencer had said the previous guidelines had lacked “teeth” to address the issues that negatively affected it.

Des Vignes: PNM is serious about the environment

“The PNM has demonstrated very tangibly how serious we are about the environment,” he said.

Trinidadian visitors enjoy a trip to Buccoo Reef and Nylon Pool on the Ocean One boat. FILE PHOTO/ DAVID REID –

Citing the inaugural Tobago environmental partnership conference in 2019, Des Vignes said over 180 stakeholders, including President Paula-Mae Weekes and the German Ambassador, convened for two days of discussion on the way forward.

“Out of that conference in 2019 we were able to plant (2,500) trees in coastal Tobago as we try to mitigate coastal erosion using green engineering.”

Among the trees planted to bolster the protection were sea grapes, seaside mahoe, almond and coconut trees.

He said the inaugural recycling depot which was launched in October last year was also a product of the conference.

Des Vignes said the initiative, a public-private partnership, was going well but was seriously affected by covid19.

Ahead of the launch, Des Vignes said, “This is going to be a red-letter day in Tobago. For many years we have spoken about recycling and the challenges of consumerism and plastic waste in Tobago…I’m really proud that the division has been able to achieve this.”

However, he told Newsday on Friday, Tobagonians are still not accustomed to the practice.

“It will take time, it’s a cultural thing.”

Des Vignes said a coastal zone management unit was formed in 2017 to gather data on the coastal erosion problem.

He said the unit has collaborated with the Ministry of Works and through the Comprehensive National Coastal Monitoring Programme, it has gathered significant data.

“Because of info we’ve collected we were able to engage the CAF bank for a US$15 million loan. The intention is blue economy development but we are focusing specifically on infrastructural intervention to secure the blue economy.”

Des Vignes said this funding is a “drop in the barrel” for the type of work needed but Pigeon Point and the Little Tobago jetty will be prioritised.

Des Vignes said he was proud of north-east Tobago’s UNESCO Man and the Biosphere designation in October 2020, which he described as no fluke.

According to UNESCO, “The Man and the Biosphere programme is an intergovernmental scientific programme that aims to establish a scientific basis for enhancing the relationship between people and their environments.”

Earlier this month, a video of three men dumping plastic buckets, plastic containers and other garbage near a river in Les Coteaux went viral on social media. The men, who were offloading their rubbish from a blue panel van, ignored the complaints of an irate resident, even defending their actions by saying others had dumped there too.

Des Vignes said, “A minority in society are breaking the law, but public education is a big part of it.”

The coastline at the Magdalena Grand Beach and Golf Resort, Lowlands has been affected by coastal erosion. PHOTO BY DAVID REID

Although the THA has no law-making power, he said, a motion was brought before the Assembly Legislature in 2017 to phase out the use of Styrofoam.

He said the division has been advocating for the the removal of taxes and duties on alternatives to discourage entrepreneurs from using Styrofoam.

PDP deputy leader Farley Augustine said policy changes to protect the environment needed to be made.

Lamenting the harsher dry seasons, violent storms and impact on reefs, Augustine said, “Some years the weather is so off that it is difficult for WASA to produce a sufficient water supply. Farmers are affected. Fish migration patterns are affected.

“Coastal erosion continues to cost us exorbitant sums. And while most people do not think about the impact of extreme climate changes on their daily living, the government has to think and act smartly.”

Augustine told Newsday, if elected the PDP has a plan to mitigate some of the effects through proper planning.

“The PDP plans on reactivating the THA’s control and management of Town and Country planning. That way we can rezone lands. We will develop a modern land-use policy and modern building codes.

“We will use Information Division to teach people about the best building practices for the kinds of terrain and possibly weather events we can have in Tobago.

“We will introduce into the Tobago space the need for individual families to secure insurance plans that respond to natural disaster crises. Additionally, as an island, we will look into the possibility of Tobago joining (separately) and contributing to the Caribbean Catastrophe Risk Insurance Facility (CCRIF).”

Augustine said he does not believe the government has the best interest of the environment at heart, citing the failed Sandals project which received tremendous criticism for the proposed construction site near the Bon Accord lagoon. Environmentalists had expressed concern over the effect construction work would have in the mangroves there.

Waves batter the coastline at Lambeau on Thursday. PHOTO BY DAVID REID

“The Prime Minister’s message at COP26 was insincere. This was the same PM that two years earlier heaped scorn on environmentalist by asking sarcastically about the hairy-legged crabs’ in his push to put Sandals in the middle of a Ramsar site (Buccoo Reef/Bon Accord lagoon). His actions in the past always showed a lack of care for reef systems and the environment in general. So, nothing the PM said is worthy of value as far as I am concerned. Tobago needs to set up its own robust environmental watchdogs and insist on sustainable practices.”

Asked how realistic is it for TT to move away from fossil fuels, Augustine said, “It is realistic to end our dependency on oil and gas, but it requires political will and incentivising renewable forms of energy. At this moment we should have had the system set up where people are allowed to have their solar panels and feed excess energy back into the public grid and receive credits from T&TEC.”

Augustine said Tobago should copy some of the policies implemented by Barbados.

“By 2030, Barbados plans to have 100 per cent of its energy consumption come from renewable sources. Although this goal may be ambitious, Barbados put its words into action by securing loans, including a US$30 million loan in 2019 from the Inter-American Development Bank. The focus is on building solar photovoltaics for both residential and commercial purposes. Barbados is also interested in growing wind, waste, biomass and ocean and wave energy in order to modernise its energy grid while cutting costs for energy imports and creating jobs. This is direction that Tobago should follow.”

Augustine said the PDP plans to push to limit the use of chemical fertilisers and promote organic alternatives; enforce punishment for littering; promote environmentally-friendly modes of transport; and develop infrastructure for better water run off.