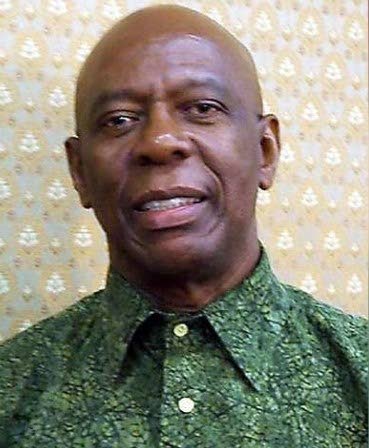 Political commentators wary of motives behind $50m fund for Tobago

Four political commentators agree that the distribution of the $50 million allocation to Tobago in the run-up to the Tobago House of Assembly (THA) election on December 6 could be seen as an attempt to bribe voters. This was the prevailing view offered to Newsday on Thursday by Dr Indira Rampersad, Dr Winford James, Dr Bishnu Ragoonath, and Vanus James.

At a post-executive news conference in Scarborough on Wednesday, THA Chief Secretary Ancil Dennis announced the assembly had received a further $50 million from the Government to assist hoteliers and displaced workers in the accommodation sector still reeling from the impact of the covid19 pandemic. Finance Minister Colm Imbert announced the allocation to the THA when he presented the 2022 budget in the House of Representatives on October 4.

On Thursday, Rampersad, an international relations lecturer at the Department of Political Science at the University of the West Indies (UWI), said the move would certainly be perceived as an election gimmick, as the upcoming election was a critical one which the PNM wants to win owing to the deadlock tie in January’s election.

“So this is a carrot they’re handing out to Tobagonians, and so would be perceived certainly as such to solicit votes.

“It is also not a very prudent political move, because the rest of the political population, including the Trinidad population, is looking on. There are so many job losses, so many economic repercussions of the pandemic, with people suffering and unemployed, businesses have gone under.

“It’s been reopened now, but even the reopening is being questioned and suggested that it’s ill-timed given that the pandemic is now escalating. Whether it’s going to work in the PNM’s favour for the election is left to be seen, but it is ill-timed.”

Dr Winford James, an English lecturer at UWI, said the PNM was continuing a practice it has had for some time, and it was obvious that the expenditure is geared towards attracting voters to the PNM. He said the act smacks of political desperation.

“Ancil Dennis is spending to win people, but other voters might look at what he’s doing and say hey you can’t fool me with this, and it can even turn off some of the PNM voters who are dissatisfied with the stasis that has set in, in the governance of Tobago in the last term. There are voters who are likely to be disaffected, disenchanted, at what is being done, because it’s such a clear attempt at bribing the voters, and speaks to the voter in a particular way.

“It’s almost admitting that they haven’t done enough, and now they are trying at this last moment, at this 11th hour so to speak, to bring back voters and win new ones, who are inspired by such political acts.”

Ragoonath, senior lecturer and political scientist at UWI, said all the views he had read suggested that the PNM was using state resources to influence the outcome of the election, even though it could also be deemed a necessary injection into the economy of the island.

“Just last week, the PNM criticised the PDP when they said that they would have given some sort of bonus to THA workers, saying there was no money, but all of a sudden the PNM comes up with a $50 million grant that could be used in an election. In this context, the code of political ethics says that state funds should not be used or abused to cause voters to vote in a particular way, and this could very well be seen as one of these instances.”

He said there was a concern that Tobagonians benefiting from the grants would think they needed to support the PNM in the hope that the party might be willing to carry out similar measures after the election.

“Of course we know after an election things become quite different once an election is won. I would not want to say how the people will vote, I think the people of Tobago are well-informed and knowledgeable of how the system works and they would have to treat with this issue as they see fit.”

Economist Vanus James said the people of Tobago were getting ready to hold the PNM to account for its “20-year mismanagement of the Tobago economy and for the continuous authoritarian vindictive government.”

“We gave them after 2000 and the Dispute Resolution Commission 20 years and $40 billion to develop the tourism sector and the PNM has demonstrated here that they have no idea about what should be done to fix the tourism sector in Tobago and allow it to catch up with our Caribbean neighbours.

“Even if you were going to do sea, sun, and sand tourism, which is the simplest form of tourism to pursue, and Tobago needs much more profound approaches to tourism than inviting people to come here to go to the beach.

“The money is indeed as seen as an expression of the desperation the PNM now feels, it’s really now being told by the people of Tobago that their time is up.”

He asked what the money meant in terms of the nature and scale of a totally devastated tourism sector even before covid19.

“When you understand you’re doing the wrong kind of tourism under the PNM and it has taken them 20 years to learn this, helping them to survive in a badly designed, badly operating sector will not change the price of anything.

“After covid19 goes they will still be in a mess and the people in the tourism sector know that.

“The PNM is just desperate, they think they can buy out the people of Tobago and this is as big a bribe as you can think of. But I can tell you that the last election demonstrated, the PNM was fixing roads at midnight and still lost four seats, and in this election, I will tell you, the bigger the bribe, the more they will lose.”