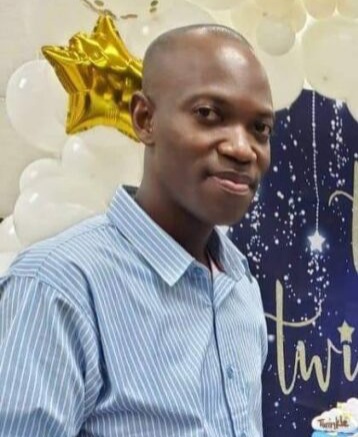 SHOT DEAD: PC Jomo Golston who was shot dead in a domestic related row in which he killed a Coastguard officer Jabari Francois who in turn fatally shot Golston.

THE day after he was killed in a shootout involving a woman, PC Jomo Gulston’s son was born.Gulston died on Sunday morning after he and Coast Guardsman Jabari Francois killed each other after an argument.

Newsday was told Gulston’s pregnant girlfriend went into labour after hearing of his death and the next day she gave birth to what would have been their first child.

Speaking with Newsday on Sunday, a relative of Gulston said he was looking forward to the birth of his first-born.

Police reported that Gulston, 34 and Francois, 33, had an argument after Gulston dropped Francois’ girlfriend near her home at North Post Road, Diego Martin.

Police said at about 2.20 am, after Gulston dropped off the woman, Francois knocked on the window of the driver’s door. The men began arguing, police said, with Francois pulling out a gun and shooting at Gulston. Gulston shot back, hitting Francois once in the chest.

Francois died on the spot while Gulston drove off, crashed and died.

Neither police nor Coast Guard could not say if the men will be given a military send-off.

Their autopsies are expected to be done on Friday.