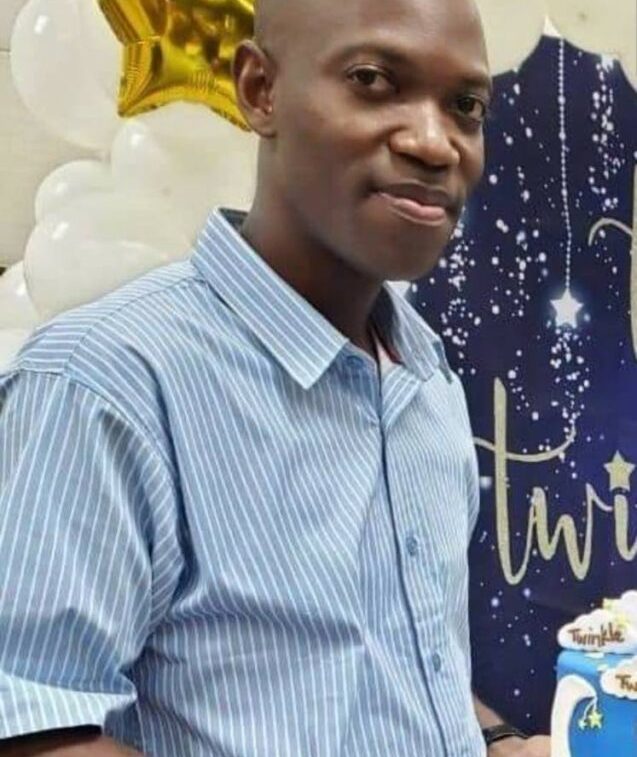 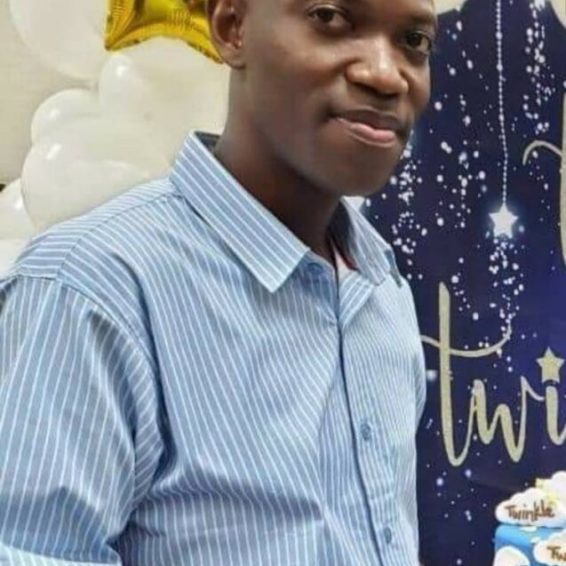 TWO men, one a policeman and the other a Coast Guard officer, shot and killed each other on Sunday morning in an incident in Diego Martin which investigators say stemmed from a quarrel over a woman.

The victims have been identified as SRP Constable Jomo Gulston and Coast Guard officer Jabari Francois.

In the wake of the killings, the 34-year-old mother of four whose last child was fathered by Francois is regretting not doing more to stop him from leaving her home less than two hours before he was shot dead.

Speaking on Sunday afternoon, Kerry Smith said Francois visited her La Puerta home at 1 am on Sunday. She said she spoke with him and invited him to spend the night with their son, but refused. Less than two hours later, he was dead.

Police reported that at about 2.20 am, Francois, 33, of Waterwheel Road, River Estate, Diego Martin had an argument with PC Gulston near North Post Road, Diego Martin.

Police said after Gulston dropped off a female friend, Francois approached him and knocked on the window of the driver’s door. The men began arguing, police said, with Francois pulling out a gun and shooting at Gulston. The policeman, who was also armed, shot back, hitting Francois once in the chest.

Francois slumped to the ground and died while Gulston, 37, who was originally from Germain Avenue, Upper Irvin Street, San Juan, drove for a short distance before crashing his Nissan AD wagon and dying in the car.

“I begged him to come and lie down. I should have stopped him from leaving. I lying down whole day now thinking about this and how I could have done more to get him to stay,” said Smith.

She admitted that although they were no longer together, she and Francois remained friends for the sake of their son, with Francois sometimes sleeping at her house when he visited late to spend time with his son.

“He was a good father, not just to his two-year-old but to all of my children, even after we break up, because that was the type of man he was.”

Police said they are working on information that Gulston was in a romantic relationship with Francois’ girlfriend and this caused the bad blood between the two men.

Smith said she was aware that Francois and the woman were together but could not speak on what type of relationship Gulston had with the other woman.

One of the men said Gulston was accustomed to liming with the woman and dropping her home. He added that Gulston called him after 11 pm on Saturday to lime with them, since the state of emergency had ended, but he fell asleep.

“If he and that girl was involved in anything, he would not invite us to come with him,” the relative said adding that Gulston was always a helpful man.

Gulston’s pregnant girlfriend went into labour after hearing of his death, both men said. He was preparing for his first child, a boy. The relative said Gulston, who had been an SRP for the past seven years, was living his dream job, as he always wanted to be a policeman.

Both men said they believe Francois was the aggressor, based on their knowledge of Gulston. Relatives of Francois chose not to speak with Newsday, saying they were too distressed.

In Diego Martin, residents said Francois would always look out for the youth in the area and support them in positive ventures, be it sports or entertainment.

Residents said Francois would not have been the aggressor as he lived for his child.

“He ent so chupid! For a gyul? Nah, he quicker do that for his child mother,” a woman said.

In a media release on Sunday, the Coast Guard offered condolences to the families of both men and said it was working with the police throughout the investigation.

The double killing is reminiscent of a similar incident that ended in the death of a policeman back in 2018.

Sgt Darrell Honore had a shootout with another policeman, a corporal, in the car park of Grand Bazaar, shortly after Honore first shot his colleague at a restaurant where the corporal was dining with a women whom both men were on intimate terms.

Honore died four days after the shooting. After a coroner’s inquest, the corporal was cleared of any wrongdoing.

Hours before the double killing, a 43-year-old Morvant man died at hospital after he was shot once in the head.

Police said Ronnie Samuel of Cipriani Avenue, Second Caledonia, Morvant, was in his yard when he was shot at about 12.40 am on Sunday. Police reported that at about 12.45 am they were called to Samuel’s home by relatives. On arrival, they took the bleeding man to the Eric Williams Medical Sciences Complex where he was declared dead at 1.45 am.

No motive was given for the shooting.

Charlys Agosto Polo Mata, 22, a Venezuelan, was stabbed to death in Freeport at about 1.30 am on Sunday and two men were killed in Arima on Sunday morning.

Police said Jose Acosta-Bella, 24, of Gaston Ruiz Drive, Temple Street, Arima, was shot dead at about 3 am on Sunday. Three men stormed his home, robbed his family and killed him, police reported.

On Sunday, cousins Jada Felician, 15, and Jordan Pierre, 27, were killed in Belmont. Marvin James, 30, was gunned down by bandits in Aranguez, at around 4 am on Saturday and 29-year-old Kendell Williams of Marabella was shot and killed while getting a haircut at about 1.30 pm.