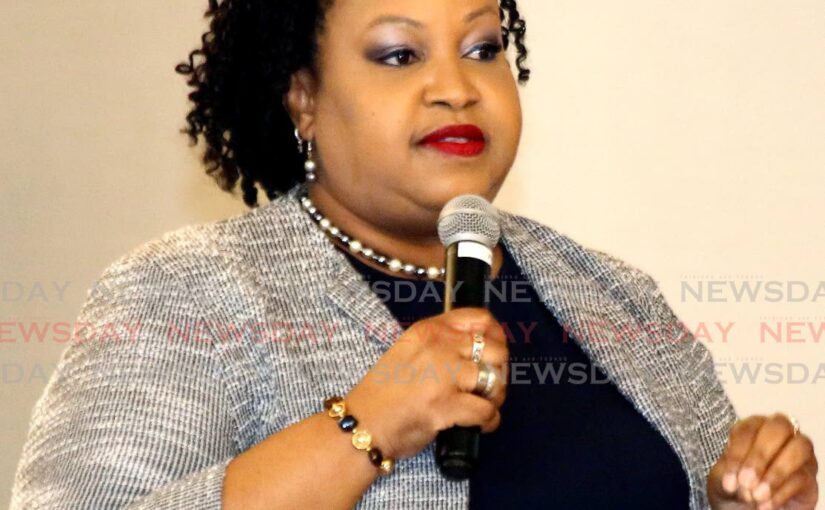 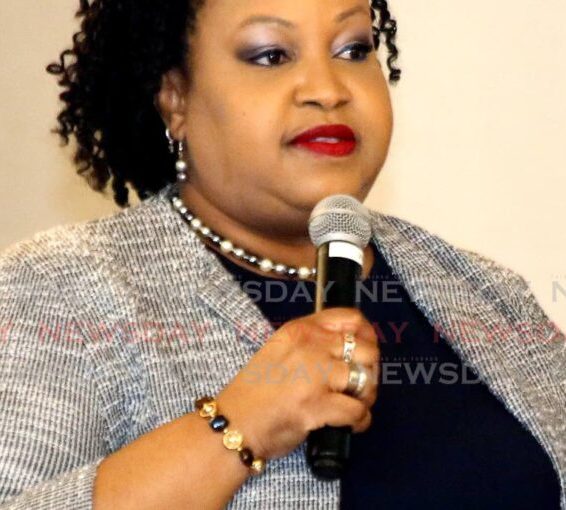 Police take part in 16 days of activism against domestic violence

Acting Supt Claire Guy-Alleyne of the Gender Based Violence Unit speaking at Down Syndrome Family Network conference to mark World Down Syndrome Day at the Hyatt Regency in Port of Spain. – Photo by Sureash Cholai

THE police service is to join the international community in participating in 16 days of activism against gender-based violence.

Speaking at the weekly media briefing on Thursday, head of the Gender Based Violence Unit Supt Claire Guy-Alleyne said the 16 days begins on Thursday, the International Day for the Elimination of Violence Against Women.

Part of the activism will include interviews with survivors of domestic violence which will be uploaded to the police’s Facebook page, said police public information officer ASP Sheridon Hill. This, he said, is to help others to come forward and report their abuse.

He added that there will be a media tour
over the coming days, with officers going to different media houses to explain the law on domestic violence, as well as webinars. He highlighted that domestic violence by definition, is not limited to spousal but any familial relation.

“There will also be an art completion that will culminate on International Women’s Day, (March 8),” he said,

Guy-Alleyne said gender-based violence has always been a top priority for the police service, hence the launch of the Gender Based Violence Unit two years ago.

“Far too often persons view domestic violence as a private matter, it is not. It s a pervasive problem globally,” she said.

Manager of the Victim and Witness Support Unit Aisha Corbie said in the past 13 years the unit had helped 26,263 victims of crime, offering psychosocial support to help them recover.

Part of this included working with non-governmental organisations.

In addressing domestic violence directly, she said for women the unit
partnered with Hopeful Handbag to raise awareness about therapeutic tools and how to navigate through life after becoming victims of domestic violence. Also officers of the Central Division partnered with Sisters Inspiring Strength (SIS) to support victims back to “pre-crisis functioning.”

Men were not forgotten, as
205 were supported last year and 188 men so far this year. Males from eight-18 can access help through Panorama Gardens. This mentoring programme focuses on helping participants deal with their trauma and providing alternative to violence as well as conflict resolution.

There is also Who’s Writing Your Story, a male project targeting boys between 13 and 17 helping the teens deal with their trauma and avoid life of crime and violence.