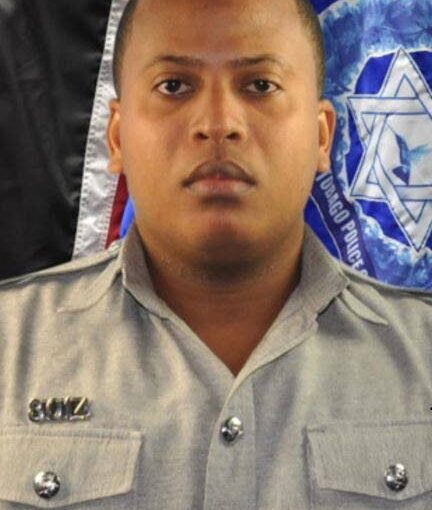 Covid19 has claimed the life of yet another police officer, and the executive of the police service has offered condolences to his relatives, friends and colleagues.

PC Marcus Henry, 32, died on Wednesday of complications of the virus.

A police release on Thursday said Henry enlisted on September 9, 2013, and was last assigned to the Eastern Division Task Force.

It said his colleagues remembered him as a dedicated and helpful person, willing to go the distance for anyone.

“PC Henry’s favourite statement, ‘Love in the house’ was reflected in the love he had, especially for his children,” the release said.

“…His memory and dedication to service will be cherished.”

The plice have suffered several covid19-related deaths this year.

Among the most recent: PC Mark Aleia, 43, of the St James Police Station, died on December 4.

On December 13, PC Sean Woods, 49, of the Port-of-Spain CID, died at the Port of Spain General Hospital.

Two days later, on December 15, Cpl Ian Regis, 61, died at the St James Hospital. He last worked at the Court and Process Branch in the Port-of-Spain Division.

Acting Cpl Anderson Bernard, 46, and PC Lester Jones, 40, both died from complications of covid19 on December 22. Bernard was last assigned to the La Horquetta CID in the Northern Division, while Jones was in the North-Eastern Division.