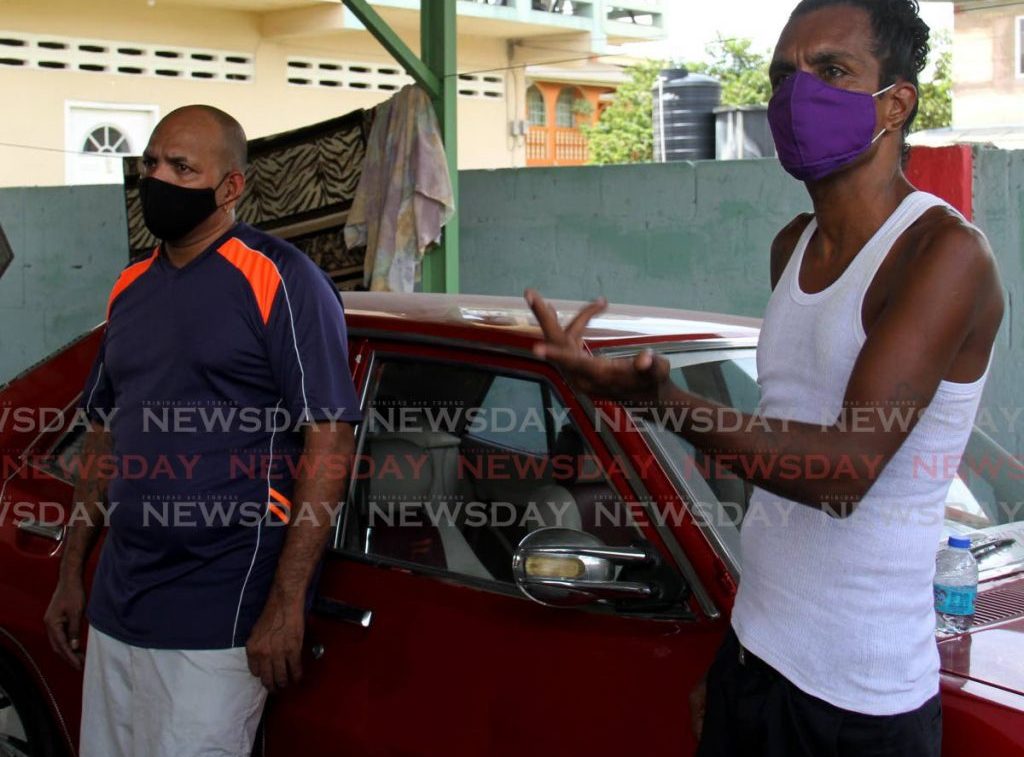 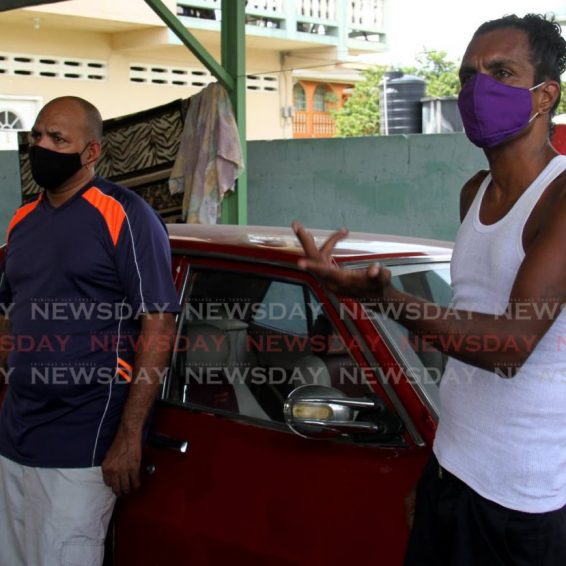 Relatives of murder victims Kumarie Kowlessar-Timal, Radeshka Timal-David and Zachary David console each other at the family’s home on Oudan Trace, El Socorro where they were killed on Friday. – Photo by Ayanna Kinsale

POLICE believe that a domestic dispute is the reason three members of an El Socorro family were executed on Friday afternoon.

Homicide detectives on Saturday spent their day interviewing the only suspect, who was detained on Friday evening. The suspect, police said, is related to the victims.

Police said at about 5.30 pm on Friday, officers assigned to the Emergency Response Patrol responded to a report of gunshots at Oudan Trace, El Socorro. The officers were told that around 4.45 pm gunshots were heard coming from the family’s two-storey home.

When residents checked they found grandmother Kumarie Kowlessar-Timal, 76, her daughter Radeshka Timal-David, 48, and Zachary David, 20, slumped on a couch. The three had each been shot once in the head.

Police said they recovered a loaded gun believed to be the murder weapon in the house along with three spent shells.

Timal-David was as an executive assistant at ANSA Motors. Sunday Newsday was told that the company offered counselling to the family and was supporting the family in other ways.

Sunday Newsday visited the normally quiet community on Saturday. Neighbours said Kowlessar-Timal lived in Arima with other relatives. The suspect, they said, was always friendly and was the most outspoken of the family.

One neighbour recalled the suspect calling out to them to contact the police telling them that three bandits came and shot his family.

“We spoke many times, practically every day. He was never a violent person, never, very kind.”

Brothers Sunil, right, and Suresh Ramadhar speak on Saturday about how well neighbours Kumarie Kowlessar-Timal, her daughter Raseshka Timal-David and grandson Zachary David got along with residents of Oudan Trace, El Socorro. All three were shot dead on Friday. – Photo by Ayanna Kinsale

The neighbour, who did not want to be identified, said he never heard the family arguing and the “most he heard” was them having a good time, especially when other relatives visited.

Another neighbour, who also requested anonymity, said the family seemed tight-knit, having coffee in their balcony on mornings.

“They never used to be outside much, not rowdy, very quiet family. There is nothing bad anybody could say about them. They didn’t talk much, they kept to themselves.”

The resident said the killing shocked the entire community and it too wants to know why the three were murdered.

“I am not so much sorry for the family as I am for him (the suspect), because what will he come out a now? Who going to take care of him now?”

Residents said the suspect was challenged in some way. Some said he is autistic, other claimed he walked with a limp.

Residents said when they first heard the three shots they thought it came from a drug block further down the street but when they checked they didn’t see anything. Residents said the community was “back to normal” on Saturday.

Brothers Suresh and Sunil Ramdawar said the family kept to themselves and even when the family had to call them to move their vehicles parked in front the family’s gate, it was never argumentative.

Member of Parliament for the area Saddam Hosein, who visited the community on Saturday, told Sunday Newsday that the community is traumatised by what happened and he has arranged counselling for those who want it.

“This incident is really a wake up call for Trinidad and Tobago. Having something like this take place in broad daylight during a state of emergency. While the Government is setting up vaccine safe zones they also need to pay some emphasis on creating crime safe zones.”

Hosein added that in the past he wrote the police about the Barataria station being re-purposed and was renewing that call for the station not to be used as a virtual court. He also called for increased patrols in the area with the hope that this will decrease criminal activity.

“I will reach out to the police again so that they can probably convene a virtual meeting with the residents.”

In a media release on Saturday, acting Police Commissioner Mc Donald Jacob called for greater access to conflict resolution and mediation services in communities. Jacob added that the police noticed an increase in domestic murders adding that it is difficult to prevent these occurrences “when they are rooted in familial matters.”

Jacob also referenced the killing of mother and daughter Savitri Sooklal, 60, and Arianna Sandeepa Balgobin, 21, who were killed at their Soledad Road, North Claxton Bay home on September 17. Jacob told Sunday Newsday that while police have “several leads” no one has been arrested.