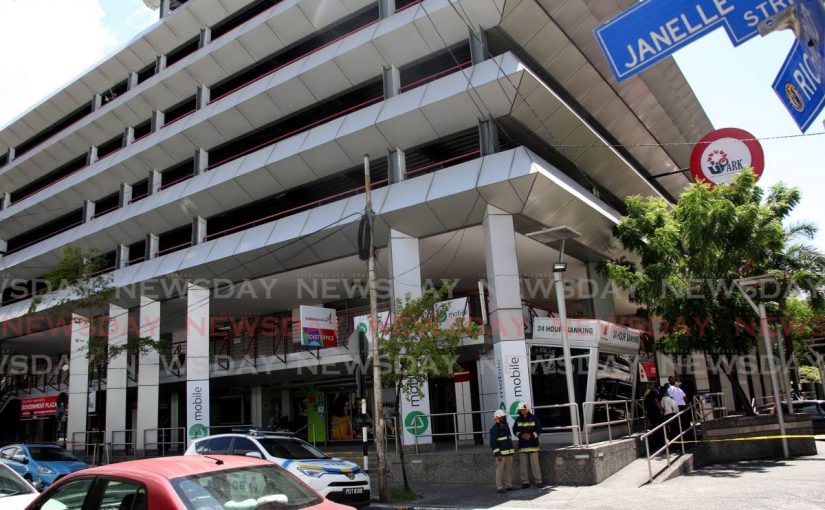 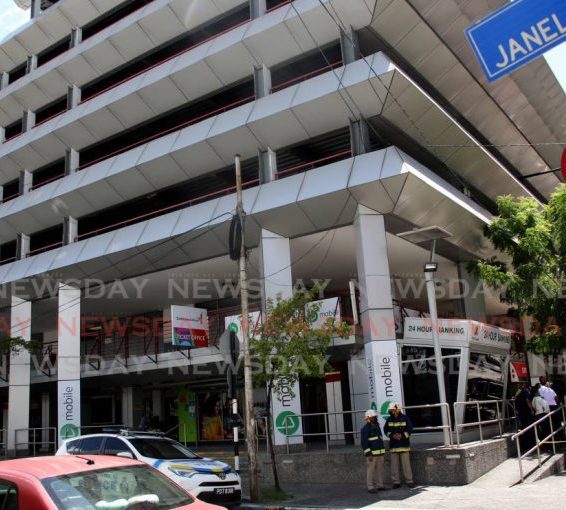 Fire officers on the scene at Parkade, Port of Spain, after an explosion caused that and surrounding buildings to be evacuated on Monday morning. – SUREASH CHOLAI

As the investigation continues into an improvised explosive device at the Parkade Government Plaza, Richmond Street, Port of Spain, on Monday, senior police believe it  was not intended to cause major damage, but instead stir panic in the capital.

Investigators said the device, which appeared to be made of modified firecrackers, was found on the second floor of the building after a small explosion on Monday morning.

Police on Tuesday reported that they had not yet made any arrests.

“It could not have caused any significant damage. The most could have been injuries to someone’s hand if they held it while it was going off. It was set as a nuisance or to cause panic.

“One has to consider who has the most to gain if crime and mayhem seems to be the order of the day.”

The officer also stressed that cracks found in windows at the Attorney General’s office nearby were not linked to the device.

He added that while security has been increased in the city since the incident, it was difficult to counter threats where people could place devices anywhere.

“In this particular area it’s difficult to track the movements of people, because there are so many different people passing through this compound on a daily basis.

“But more security and security cameras are a few of the suggestions we will be putting forward to the Udecott, who owns the building.”

Investigators from the police Crime Scene Investigation unit and the fire services visited the scene.

Police said the Special Branch Bomb Squad confiscated the remains of the device  for forensic testing.