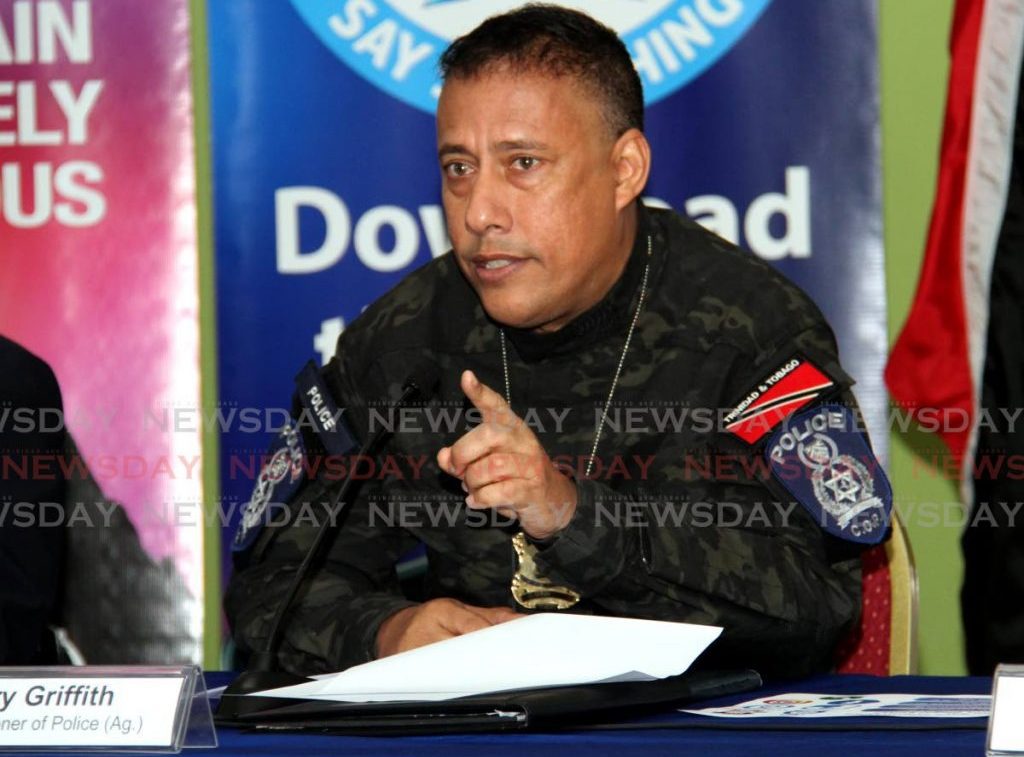 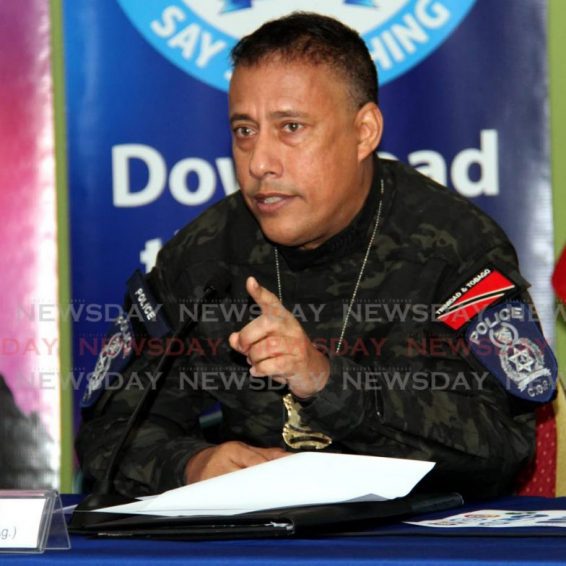 President Paula-Mae Weeks and Dr Susan Craig-James after her appointment as a member of the Police Service Commission on Friday June 8, 2018. Craig-James resigned from the commission on Saturday. – Photo courtesy Office of the President

The resignation of a second member of the Police Service Commission has put the entire process of appointing a substantive Commissioner of Police in a tailspin.

On Saturday, the Office of the President said President Paula-Mae Weekes accepted the resignation of Dr Susan Craig-James on Friday. This now cripples any further action by the PSC, as it does not have a quorum to make any decisions, including giving instructions to attorneys involved in two pending court cases.

On Tuesday, the Office of the President said the President had accepted the resignation of industrial relations consultant Courtney McNish from the PSC.

“The Commission now stands inquorate, as the only remaining members are the chairman, Ms Bliss Seepersad and Mr Roger Kawalsingh. There is a notification which is with Parliament at this time and the Office of the President will make every effort to fill the two recent vacancies at the soonest,” the release said.

The PSC now has three vacancies to fill and there are reports that Kawalsingh intends also to  resign on Monday. The President has reportedly written to Kawalsingh seeking an explanation in writing for his decision to copy Griffith in an e-mail objecting to the chairman’s decision to suspend Griffith on September 17.

The resignation of the two members follows objections from three of them to the chairman’s decision to suspend Griffith from duty pending the outcome of an investigation by retired judge Stanley John into allegations of corruption in the granting of firearm user’s licences and possible interference in an investigation against Christian Chandler, the head of the police service legal unit.

Chandler was detained by the Coast Guard and the police Coastal and Riverine Unit on August 5, on a boat off Chaguaramas with three police officers, a businessman and eight women, allegedly in breach of the public health regulations. The investigation has been widened to include other possible criminal offences.

Griffith on Saturday shared a copy of a letter from Seepersad, dated September 23, which withdrew his notice of suspension on the basis of his voluntarily going on leave pending the outcome of the John probe. He says that means he remains the acting CoP while on leave.

The debacle surrounding the appointment of Griffith to remain in office as CoP after his three-year contract expired on August 17 was birthed in a specific change in the law crafted by the Attorney General and approved by the government.

Had there been no change in the law, which sought to empower the PSC to appoint a former contract officer as the acting CoP, the events of the last two weeks would not have taken place, according to senior lawyers.

The Prime Minister has described the change in the law, which his administration approved, as “an error.” But legal and political pundits have likened the drafting and passage of the law to the Section 34 fiasco under the former People’s Partnership administration.

The PNM, then in opposition, led public demonstrations after the passage of Section 34 which was seen as a specific law to benefit UNC financiers accused of serious fraud arising out of the Piarco Airport development project. The law was repealed and then justice minister Herbert Volney was fired.

Attorney General Faris Al-Rawi has not made any public statement on the issue and has not responded to queries seeking comment.

The government will now have to amend the legislation to repeal the bad law and pass new law to validate Griffith’s acting appointment from August 17.

The Attorney General, in a previous interview with Newsday, defended the legality of the new provision saying, “Having had the benefit of the process of drafting it, amending it, updating it into law, I’m quite clear in my mind the process has been correctly carried out.”

A legal opinion from retired Caribbean Court of Justice judge Rolston Nelson, which has been adopted by the government, concedes that the law which the PSC used to appoint Griffith to act was unconstitutional and invalid.

Lawyers for the Attorney General are expected to use that opinion to concede in a lawsuit filed by social media activist Ravi Balgobin-Maharaj on Monday before Justice Nadia Kangaloo in the High Court.

Kangaloo is now also seized of another lawsuit which Griffith filed challenging his suspension and that matter is likely to be withdrawn following the out-of-court settlement.

Griffith is among the seven people shortlisted for the job, but the list of candidates remains in the bosom of the PSC after an unnamed public official alerted the chairman of the PSC to serious allegations on August 12.

On Saturday, Griffith was scheduled to host a press conference at the Police Administration Building, Port of Spain to give the details of the settlement of his lawsuit against the PSC and his decision to voluntarily go on leave pending the outcome of an investigation launched by the PSC.

An e-mail disclosed by Griffith from Seepersad advised acting CoP, McDonald Jacob to facilitate Griffith to have the press conference and for Jacob also to be present.

On Saturday, Jacob called off a press conference, which was scheduled to be held at noon.

On Friday, another release from the police advised the media of the press conference to be attended by “Mr Gary Griffith and Mr McDonald Jacob.”

In a telephone interview with TV6 News on Friday, Jacob said he did not authorise that release, found the omission of his rank of acting CoP was disrespectful to the office of the CoP, and had ordered an investigation into the matter.

Griffith, in a separate statement on Saturday, said even though he had the permission of the PSC chairman to host the press conference he would respect the decision of Jacob.

“This morning I was informed by the acting commissioner of police Mr McDonald Jacob that he will not be approving the news conference at Police Administration Building. My training dictates that I respect his decision as he currently sits in the chair whilst I’m on leave.”

As a consequence of Jacob’s decision to cancel the press conference, Griffith said, “I do not seek to be part of anything that will further bring the TTPS into disrepute.”