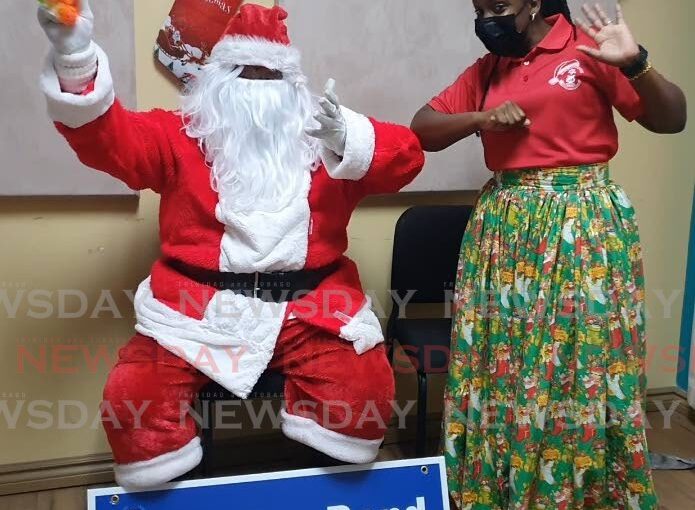 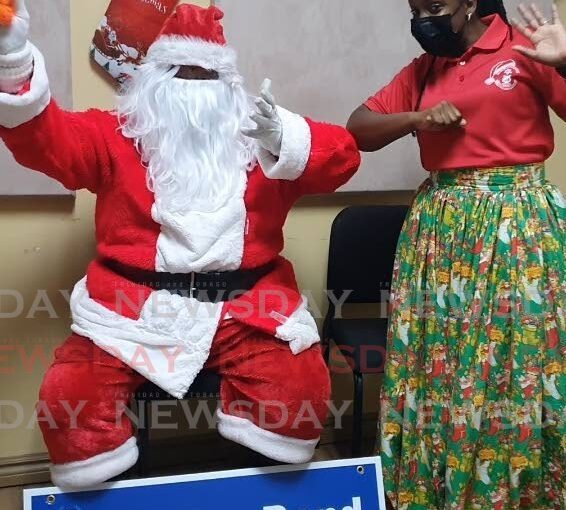 The police band and its steel orchestra, under the planning of WPC Josanne George, held its first children’s Christmas treat on December 29.

Members of the band and orchestra were invited to bring their children to work for a day of fun, music and laughter. Children ages two-nine came dressed up and on their best behaviour to impress their favourite Christmas icon, Santa Claus.

The police band and orchestra has 70 members. Six children attended the first half of the event and more were expected throughout the day.

The event was held at the police band’s building at Riverside Plaza, Port of Spain.

Speaking with Newsday, George said she plays saxophone and drives the band’s truck and bus, and has been with the band and orchestra for three years.

She usually plans a children’s Christmas event, But this year she was moved to bring the Christmas spirit closer to home through her colleagues and bandmates. Asked the source of the gifts, she said, “The gifts all came from me.”

Smiles and laughter filled the choir room as Santa’s bells came jingling down the corridor. The children sat in excitement as he came in and let out a loud and jolly “Ho! Ho! Ho! Merry Christmas!” which they all anwered together, with: “Merry Christmas!”

Kayleah James, five, said, “This year I was a very good girl, so Santa brought me a dolly and a camera so far and I love them so much! I can’t wait to see what he brings me today!”

Kayleah said she put on a special dress for the occasion because it’s not every day she gets to see Santa.

George wrapped the gifts with the help of other band members and gave them to Santa to distribute to each child. The children took turns meeting Santa, making sure to observe all covid19 protocols by sanitising and greeting Santa with elbow touches before collecting their gifts and posing for pictures.

Santa told the children that though Christmas Day has passed the season continues until January 6. He used this as a way to tell them he will be monitoring their behaviour and speaking with their parents to ensure they are being good boys and girls.

Santa was accompanied by members of the band and their children in singing Christmas carols. Before taking his leave Mr Claus made sure to visit to the steel orchestra during their practice. The orchestra members took a moment to pose with Santa and reminisce about their own childhood memories of Christmas time.

Cpl Keishon Jack, the lead singer and bass player, has been with the band for the past 15 years. He said this year’s season was different from previous Christmases, with the band playing mostly virtual events. He said though he was thankful to play at celebrations, virtual functions present more of a challenge than live ones, as there is no face-to-face interaction with the audience, which is a large part of what makes performance enjoyable and successful.

George hopes this year’s Christmas treat will become the first of an annual tradition for the children of the police band’s members.