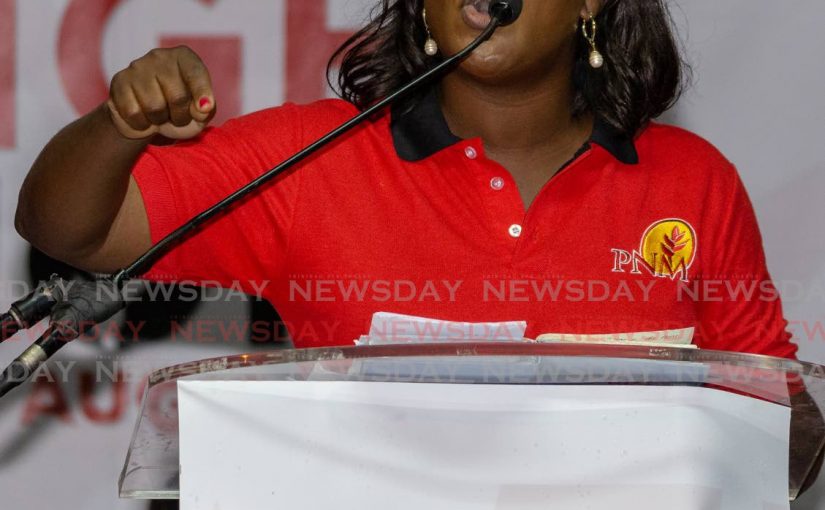 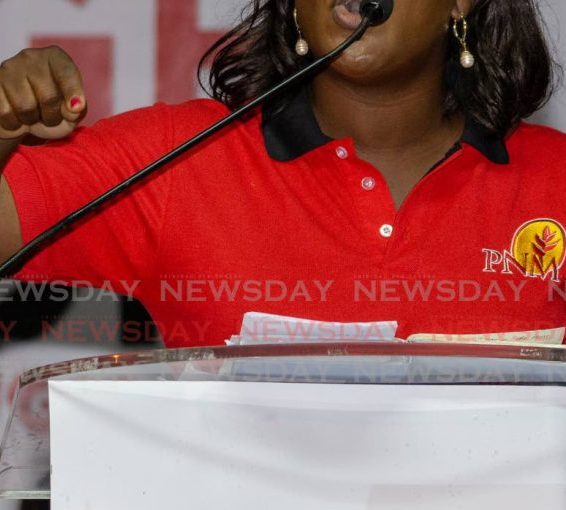 PNM Tobago Council political leader Tracy Davidson-Celestine said her party is unified as it prepares for battle in the December 6 Tobago House of Assembly (THA) election.

The party named its 15 candidates last week and Davidson-Celestine was nonchalant in her dismissal of the threat posed by the Progressive Democratic Patriots (PDP). The PNM and PDP each won six seats in the January 25, 2021 THA election which left the THA in a stalemate unable to elect a presiding officer.

In an interview with TV6 Morning Edition on Monday, Davidson-Celestine said, “The most important thing is the base of the PNM, the members of the PNM, are very excited. We have come together. We have indicated to all that we are unified in ensuring we bring home this election. We are very energised and we are ready to go, and we are rolling out our plans as we go forth.”

Davidson-Celestine’s boast of unity is in stark contrast to what took place last year when the PNM screening process for the January election was mired in controversy. There was dissent in the party groups when Marslyn Melville-Jack was selected as the party’s candidate for Scarborough/Calder Hall over Dr Denise Tsoiafatt-Angus. The latter eventually ran as an independent candidate and was expelled from the PNM.

In an interview with Newsday on Monday, PNM Tobago Council chairman Stanford Callender said the unproblematic screening process this election will augur well for the PNM.

“It means the party is in a better and stronger position going into this election.”

Asked whether the party made a concerted effort to ensure the issues last year weren’t repeated, Callender added, “The approach to things were much different, and you get a different result.”

Discussing the party’s election machinery on Morning Edition, Davidson-Celestine said, “The PNM has a fighting chance in this election. We have been preparing ourselves for December 6.

“Our candidates have been on the ground knocking on the doors of people and ensuring they have discussion with them about their support and talking about the achievements on the PNM over the years and where we intend to take Tobago.”

Davidson-Celestine also brushed aside allegations that the PNM has gained an unfair advantage from the adjustment of the electoral boundaries in Tobago.

“Let me add that the 15 seats would have come as a result of consultation with the people about what we would like to see for autonomy. The 15 seats weren’t pulled out of a hat, there were two arrangements at the time – a unicameral and bicameral system.

“It was largely agreed that the people of Tobago prefer the unicameral type of approach which would redound to 15 seats as opposed to 12 seats and most importantly, smaller electoral districts – which would mean better representation.”

Davidson-Celestine noted her party won the popular vote in the last election and Tobagonians wants “stability and predictability in the face of chaos,” which, she argued, only the PNM could deliver.