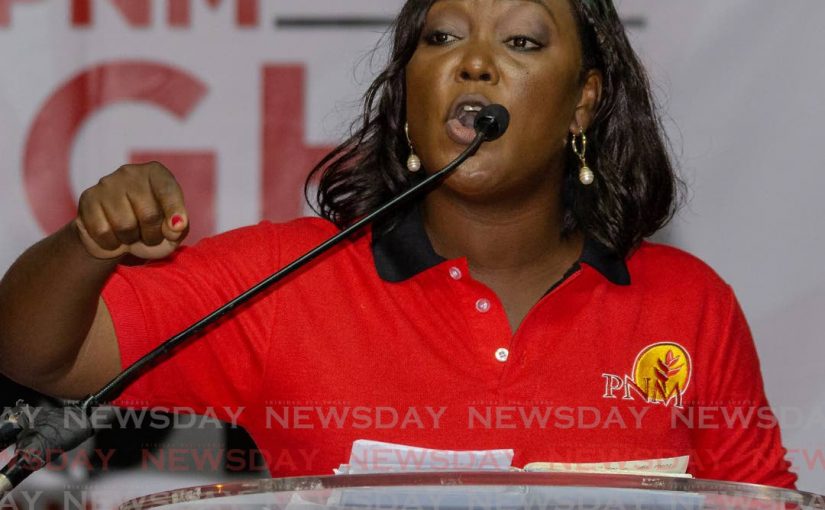 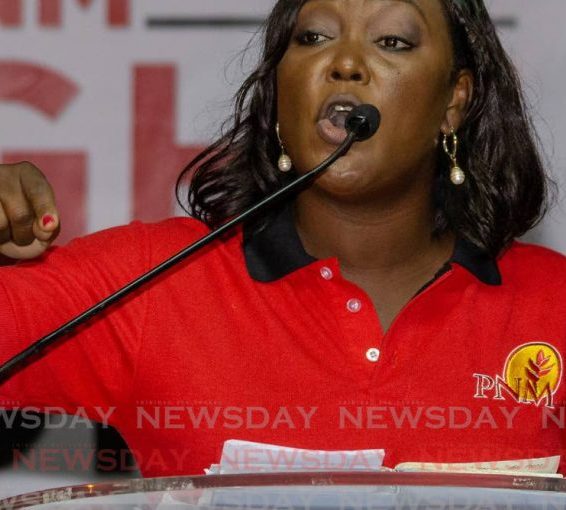 PNM Tobago Council political leader Tracy Davidson-Celestine says the findings of an audit into the finances of the Public Services Association (PSA) provide evidence that its president Watson Duke should not be considered to hold a portfolio within the Tobago House of Assembly (THA).

The audit, which was ordered by the High Court in January 2020 for the years 2014 and 2015, was done by chartered accountants E Augustus Alexander and Co and reported on in a Guardian article last Sunday.

It revealed questionable financial practices in the PSA’s operations, including overspending that exceeded the PSA’s income by $6.3 million in the last four years, questionable procurement practices and a high frequency of reimbursements to Duke, among other discrepancies.

Duke, who is also political leader of the Progressive Democratic Patriots and the party’s candidate for Roxborough/Argyle in the December 6 THA election, has not yet spoken out on the findings of the audit.

Speaking during a walkabout in the Patience Hill/Signal Hill electoral district, which she is contesting in the upcoming election, Davidson-Celestine said, “The people of Tobago really need to ask themselves if they can support a Watson Duke, especially when we have seen how Watson has managed the affairs of the PSA.”

She added, “If you were to read that article in the newspaper, it gives you a clear picture and indication of what has transpired over the last years in terms of the leadership of this individual, who is now putting forward himself to be secretary of finance and the economy in this space called the Tobago House of Assembly.

Davidson-Celestine scoffed at a social contract the PDP’s candidates signed ahead of the election promising accountability and transparency.

“What we seeing as well is Farley hiding Watson Duke within the candidates of the PDP and articulating that they have a special contract that will speak towards integrity, honesty and people of good character.

“But when you look back at what has happened within the PSA, you will definitely see that those things that they are hoping to put out there in the public domain to mamaguy the people of Tobago, it is in fact not going to happen.”

In an earlier statement, the PNM’s Tobago Council alluded to the “not-so-startling” allegations of financial impropriety within the PSA.

“The audit of the Public Services Association’s finances was ordered by the High Court in January 2020 after former PSA general council members, who served during the financial years 2014 and 2015, accused Duke of bypassing the union’s constitution by making financial decisions without monthly general council meetings, financial committee meetings, or the annual conference of delegates.

The Tobago Council said Duke was at the centre of controversy after receiving over $521,000 in pension payments from the PSA, when he promised to resign as president in 2019.

It recalled Duke reneged on his promise and contested and won the PSA election in December 2020.

The PSA has more than 80,000 members, from more than 100 organisations, with around $26 million in reported assets.

The Tobago Council quoted excerpts of the audit report, which said, “Continued deficits will adversely affect the liquidity position of the association, negatively impacting its ability to discharge its obligations to creditors and ultimately, the ongoing operations of the association.”

It asked, “The question Tobagonians must ask themselves is, therefore, very simple. ‘Do they want to risk putting an individual like Duke in charge of $4 billion of their island’s money?”