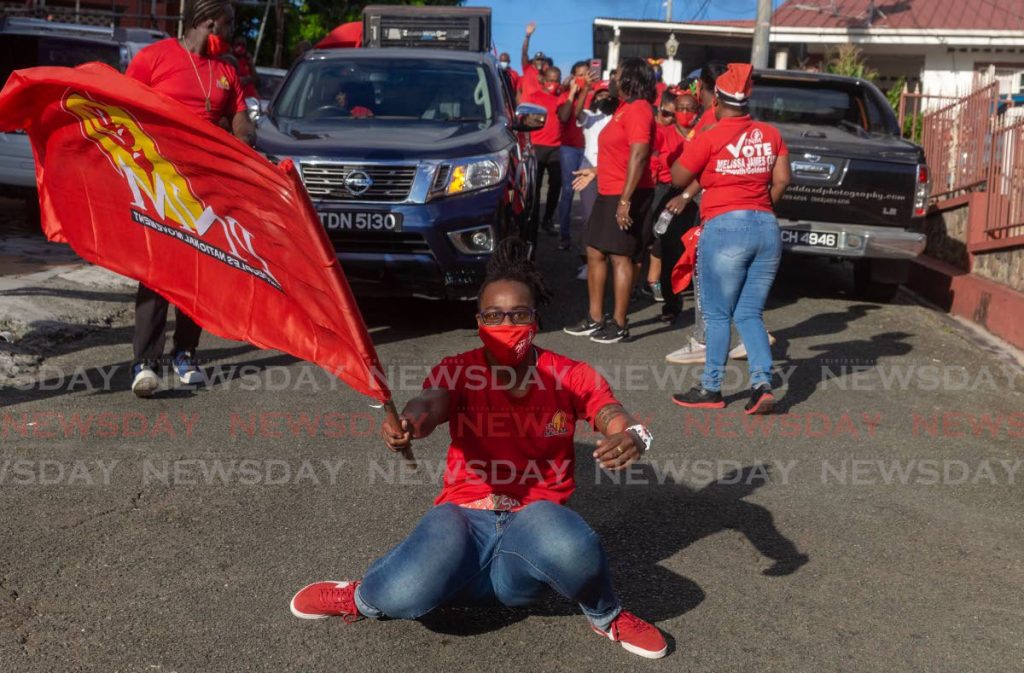 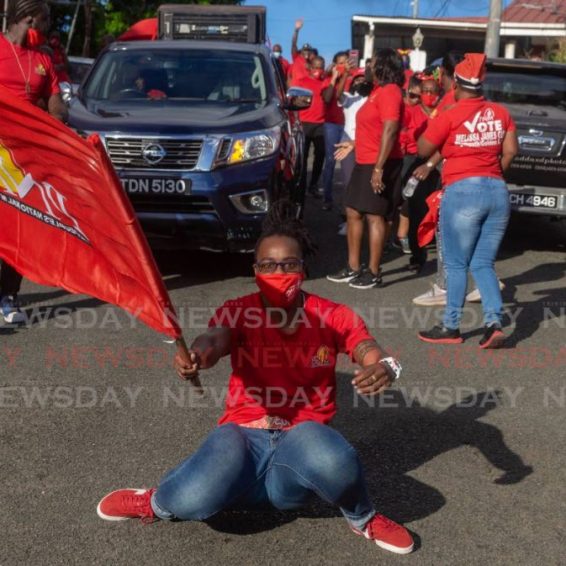 As the battle for the December 6 Tobago House of Assembly (THA) election heats up, the People’s National Movement (PNM) Tobago Council hosts its presentation of candidates on Sunday at the Shaw Park Cultural Complex from 6 pm.

Tobago Council political leader Tracy Davidson-Celestine is scheduled to deliver the feature address at the virtual event. “This (official launch) is where the PNM will take a stand to protect our future,” she told Sunday Newsday.

There are unconfirmed reports that the Prime Minister, back from the UN Climate Change Conference in Glasgow, Scotland, is also expected to address the event.

Sources have confirmed that media will not be allowed to cover the event physically, owing to covid19 protocols.

The party suffered a minor setback recently when one of its new candidates, Downie Marcelle (Bethel/New Grange) contracted covid19. He is currently on quarantine until November 10 and, as such, will not physically attend Sunday’s presentation.

The PNM is the first political party contesting the upcoming election to formally present its candidates.

The Progressive Democratic Patriots (PDP), which, on this occasion, is being led by deputy leader Farley Augustine, as well as the fledgling Dr Denise Tsoiafatt Angus-led Innovative Democratic Alliance, have not yet announced dates for their presentations.

The IDA has announced only five candidates, thus far, and it is unclear as to whether the party will contest all of the 15 electoral districts.

In this December 10, 2020 file photo, PNM supporters campaign in Plymouth, Tobago ahead of the January 25, 2021 THA election. Tobago return to the polls on December 6 to vote in 15 seats, instead of 12 which was revised after the January 6-6 deadlock. –

Unity of the People leader Nickocy Phillips and Class Action Reform Movement’s Ricardo Phillip are both expected to contest the Buccoo/Mt Pleasant seat, which Chief Secretary Ancil Dennis has held since 2013.

For the first time in the THA’s 40-year history, the election will be held with 15 and not 12 electoral districts, following the six-six tie between the PNM and PDP in the January 25 poll.

This came about through the passage of the THA Amendment Bill in the Parliament in March, which sought to increase the number of seats to an uneven figure to eliminate the likelihood of deadlocks in future elections.

The bill’s proclamation in July prompted the Elections and Boundaries Commission to amend the electoral boundaries and pave the way for a fresh THA election.

Davidson-Celestine, who is contesting the Signal Hill/Patience Hill electoral district, said the PNM is bent on retaining control of the THA, moreso to rebuild the island post covid19.

“In this election, where truth matters, where our diversity is strength, it’s about progress, inclusion and preserving our heritage while embracing the new world, post covid19,” she said.

She added, “Covid19 didn’t knock us around as individuals but as a party. It shook us up, spun us around, flipped us upside down and made us stronger. We are not afraid to say we didn’t always get it right but we have always worked for everyone.”

Davidson-Celestine said the party’s campaign will promote a “well-diversified, sustainable, environmentally friendly Tobago, driven largely by the private sector with healthy citizens and a new generation of entrepreneurs.

“In our campaign, we will be calling on the people of Tobago to band together to protect and preserve what we hold dear, to recover from our brutal covid19 losses and build new pathways to a redefined and people-centred future.”

She described covid19 as a “human tragedy.”

“The emotional, social and economic ravages have escaped none of us. But the inequalities which were deepened by covid19 have been a chasm of hurt for people on the lower income bracket.”

Davidson-Celestine said the party envisages a future where “women are not held hostage to covid19 job loss, where single moms and dads have the support to succeed with free education, training, childcare and where people impact is our business.”

She went on, “We will be creating business opportunities and strategies for home ownership with land and affordable low-income mortgages, sustainable and specialty jobs and paid training and apprenticeship programmes in sectors with skill shortages to ensure long term employment.”

“I expect it to be a fantastic launch and it will set the stage for this very important election. I will do all that lies within my power to make sure the PNM remains in control of this country both in Trinidad and Tobago in the interest of our future generations,” he said.

“Tobagonians better take warning if they have any interest in Tobago’s development. They have to support the PNM in this THA election given the fact that the term of this entire political entity that will control Tobago for the next four years can easily relate to the Prime Minister, who is Tobagonian and has been doing his best to position Tobago on a development path.”