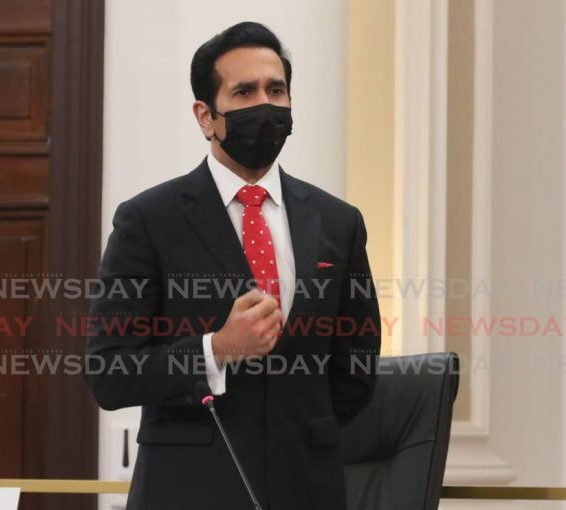 THE Women’s League of the PNM’s San Fernando West constituency has come out strongly in defence of their MP and Attorney General, Faris Al-Rawi.

The AG has come under immense scrutiny following the collapse of the Police Service Commission (PSC) over the appointment of a police commissioner; questions surrounding the sale of his Porsche to former PSC member Roger Kawalsingh and; issues surrounding the Director of Public Prosecutions being unaware of any deal signed between Al-Rawi and State witness Vincent Nelson, QC.

The Opposition UNC has called on the Prime Minister to fire Al-Rawi as AG or failing this, for Al-Rawi to resign as AG.

However, the women’s league, in a press release on Sunday, says these “attacks” against Al-Rawi are “unwarranted and unsubstantiated.”

The league claimed these attacks were an attempt to undermine the gains Al-Rawi has made in the San Fernando West constituency.

A general election is not constitutionally due for the next four years.

The league’s press release said the “unjustified” calls by the Opposition for Al-Rawi to be fired or resign, are a desperate ploy to plant seeds of deception and divisiveness in the minds of the gullible and misinformed public, in an attempt to win their favour.

“These attacks are being peddled to create strife and chaos. At this time, when our country is dealing with the pandemic, or at any time for that matter, this type of mischief is wearisome and unsettling to the psyche of our people and does not augur well for our nation’s wholeness and progress,” the league said.

The league added that it is standing in strong defence of its MP who it described as “a man of justice, a man for justice.”

The press release said Al-Rawi has worked tirelessly to make TT safer, just and better for women and the vulnerable in society, by piloting critical legislation in Parliament.

The league identified The Electronic Payment into and out of Court Amendment Act, The Sexual Offences Amendment Act, and The Miscellaneous Provisions (Marriage) Act as some of Al-Rawi’s “outstanding contributions.”

The league also claimed that Al-Rawi has been “robbed” of the basic right to respond to the “premature and malicious claims” made against him.