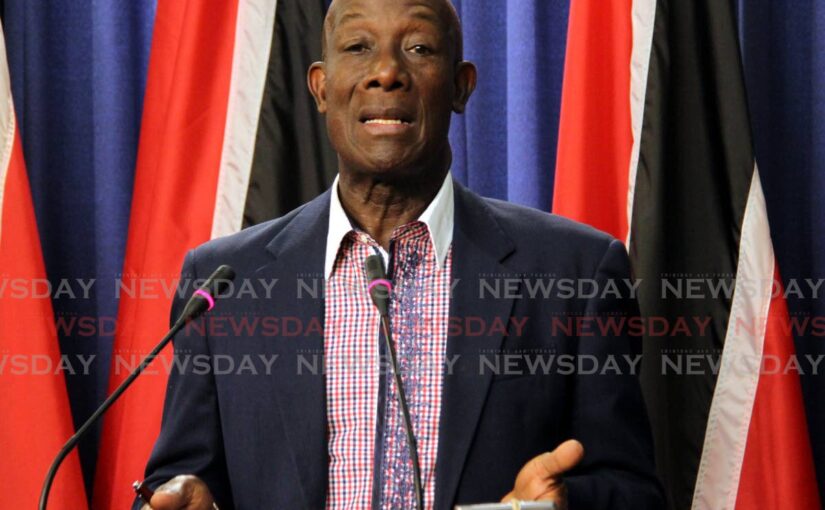 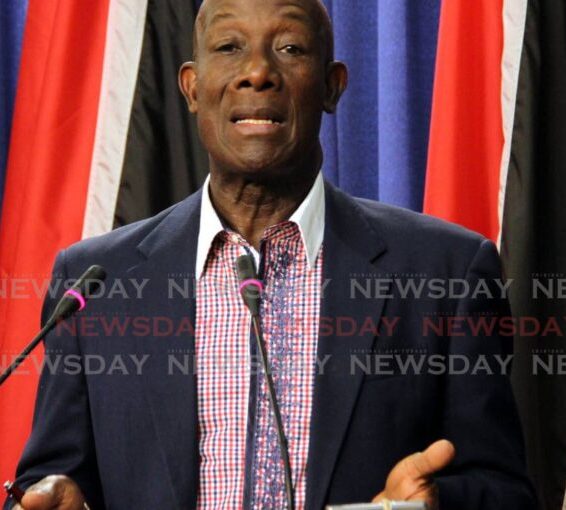 The Prime Minister has assured that the central government has been collaborating with the Tobago House of Assembly to ensure the people of Tobago gets the necessary kind of care and attention.

At a press conference at the Diplomatic Centre, St Ann’s on Saturday, Dr Keith Rowley recalled he was a patient of Tobago’s parallel health care system in April and expressed confidence in the care and infrastructure there.

He said he asked for a review of systems and structures in Tobago in July and September and the central government had to give extra assistance from time to time.

“So, we’ve kept Tobago under constant review and care for all of 2020 (sic), and having been an integral part of the RHA (Regional Health Authority) system we do not anticipate any out-of-the-ordinary problems with Tobago as long as the managers and the authorities co-operate in the national effort.”

Health Minister Terrence Deyalsingh added that his ministry treated all RHAs equally but the Tobago RHA was a special case in order to ensure it never ran out of resources, as it was separated from supplies by distance and water.

He said there were four levels of care in Tobago including the intensive care and high dependency units at the Scarborough General Hospital in a separate building with a dedicated staff.

There was also a covid19 facility that could allow 20 patients to receive oxygen therapy at Fort King George; Scarborough General Hospital had capacity for 25 low-to-medium acuity covid19 patients; and the Lowlands stepdown facility for 26 people was opened last week.

Deyalsingh: Only 0.67 per cent of AstraZeneca thrown away

He added that there were six new ICU beds at Fort King George and Scarborough General Hospital.

“So, Tobago has always been an integral part of the RHA system but we treat them a little bit specially because of that distance and water. So, they have always had more vaccines than they require, more testing done than they require to give them that buffer.

“I pledge to my counterpart in Tobago and the people of Tobago my fullest co-operation as we fight this pandemic together.”