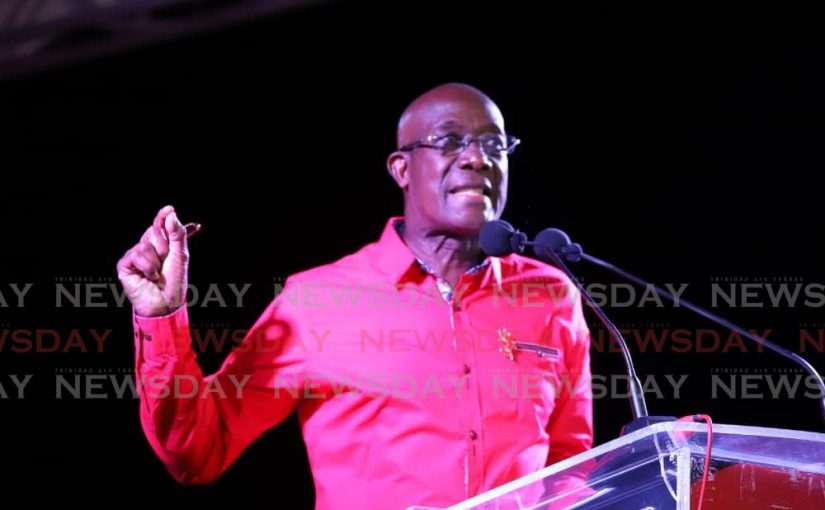 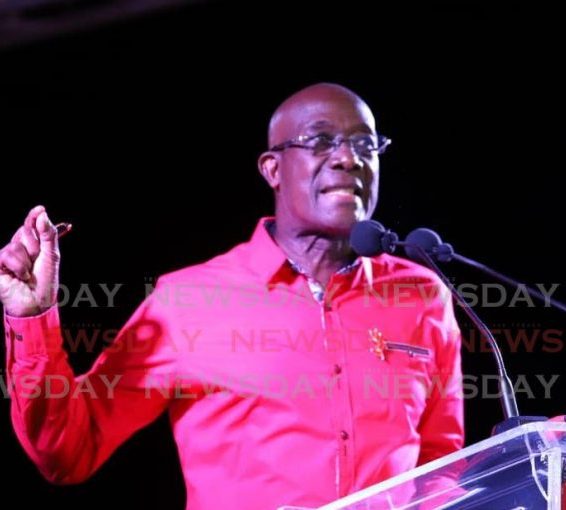 THE Prime Minister has given the commitment that the Tobago House of Assembly (THA), once in control by the PNM, will continue to prop the employment sector for as long as necessary.

The THA currently employs approximately 60 per cent of the island’s workforce.

Dr Rowley was speaking on Sunday in the feature address of the PNM’s campaign launch for the December 6 THA election.

At the Shaw Park Cultural Complex, Rowley claimed the Progressive Democratic Patriots (PDP) does not have a plan to generate employment for Tobago.

“They’re telling you about unemployment in Tobago but they’re never going to tell you how they’re going to solve it or what they are going to offer as employment. They tell you also that there are too many people employed by the THA – well that might be a problem because the THA is not supposed to be the only and the major employer of people in Tobago.

“But until such time that the private sector has grown and developed opportunities for some people, I think you should be happy that there is a THA that has stood in the breach in the time being, until better can be done.”

Rowley said the way to create job opportunities in Tobago is to build more hotel rooms.

In the next four years, he said, “We of the PNM will create opportunities for that – it is to encourage more construction of hotel rooms in Tobago. Some people have a problem with that. Some people are actually boasting about they actually prevented the Sandals project from being introduced in Tobago. Long before we could have gotten to a stage of negotiating terms and conditions with Sandals, they knew it was bad for Tobago and they took credit for chasing it away. And I’m asking you: those who are going to fix it, what are they going to offer you as opportunities for employment creation?”

Rowley said Tobago’s future is not to be played with.

“You does deh a good house and bad house does deh ah call you. The question is not who is calling, but how you answer, and tonight the people of Tobago, knowing what Tobago is and what Tobago could be, you can only answer the People’s National Movement’s call.”

He said what impressed him so much at the Tobago Island Council was the very delicate mix of experience and youth.

“Young people of Tobago, that is very important, because if the election was about looking backwards, it would be a no-contest, because as you look back on Tobago’s development, you can only look at the production and the performance of the PNM in transforming Tobago from where we were to where we are today.

He said he was sure the people of Tobago had been paying attention, would come out to vote on December 6.

“And all I can ask Tobago is that they choose wisely…and I think you have an excellent slogan, ‘Protect your future.’ Take no chance with the future of Tobago. As Prime Minister of the country of TT, I can only ask you, especially the young people, what can you look forward to from the 7th?

“As head of the Cabinet, as head of the Government, all I can say to you, Tobago, the people of Tobago, is that you can count on the government of TT which I lead to give Tobago every chance to be the best that you can be.

“Be careful what you do on December 6.”

He said he had been hearing about “transforming” and “fixing,” but asked: transforming and fixing what?